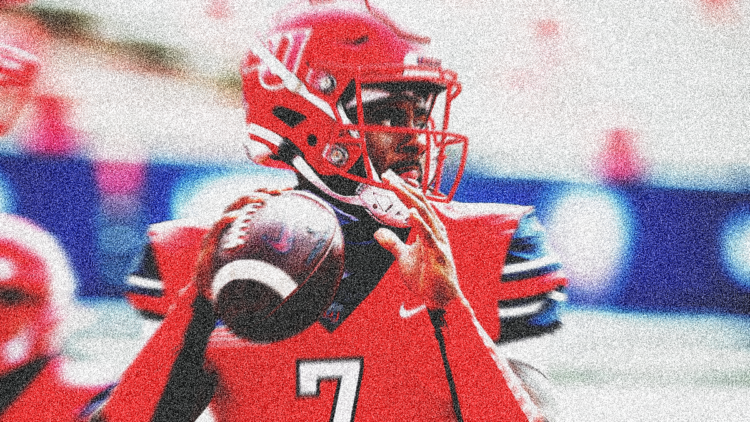 One of the fascinating items to monitor inside the Minnesota Vikings 2022 offseason is the strategy at quarterback.

Because current signal-caller Kirk Cousins reduced his cap hit in 2020 to help the team alleviate salary-cap pain, he’s now owed $45 million guaranteed dollars in 2022. And, of course, that sends many Vikings fans into an orbit of absolute outrage.

If one is in the “Trade Cousins” camp, the season serendipitously turned out marvelously. The Vikings will finish with either a 7-10, 8-9, or 9-8 record, meaning the franchise wasn’t atrocious – but also wasn’t too successful. Cousins has thrown 30 passing touchdowns to just seven interceptions – with zero garbage time for “stat-padding,” as some call it – and those numbers do not grow on trees in the NFL. Therefore, some organization will recognize the loftiness of Cousins’ production while likely deciding to surround the man with a competent pass-protecting offensive line – a plan never fully effectuated by the Vikings.

Should Cousins be traded to a team like the Pittsburgh Steelers or Denver Broncos, the Vikings will need a quarterback.

And Pro Football Focus believes Minnesota could find that man in the 2022 NFL Draft. In its latest mock draft, Eric Eager from PFF sent Malik Willis to Minnesota with the 12th overall pick. Eager wrote on Willis to the Vikings:

“This isn’t an easy topic to approach for Vikings fans, but the roster isn’t good enough to win with Kirk Cousins and his pending $45 million cap hit. Additionally, there isn’t one player taken at this spot who will change this truth substantially. Thus, the move is to trade Cousins and explore options at the position, or as I said on the PFF NFL Live Show, let it go. While Willis hasn’t exactly put up the best numbers, he is a good prospect when one adjusts for strength of surrounding talent, having earned the seventh-most wins above average among all quarterbacks during the 2021 season.”

Willis would give the Vikings their first mobile quarterback in quite some time. Christian Ponder arguably could’ve been considered mobile – but he stunk. Tarvaris Jackson was quick, but he struggled to lock down a franchise job. And before those men, Daunte Culpepper was nimble, humongous, and terrific at times.

At 6’1, Willis, who will be 23 when the 2022 NFL season begins, is described by The Draft Network’s Kyle Crabbs like this:

“Willis is an electric thrower and athlete at the quarterback position. The raw athletic tools are prominent and easy to identify, allowing Willis to play off-script and create chunk plays or use his quick-twitch ability in the pocket as a “get out of jail free” card against busted assignments in pass protection. His speed to the perimeter in zone read and option looks puts hash defenders in an ultimate bind and prompts a lot of push to the line of scrimmage.”

Some draft analysts consider Willis a stretch in the 1st Round – but try to find a recent draft where quarterbacks don’t mysteriously and unjustly seep into Round 1. It’s essentially a rite of passage for modern pre-draft hype and lead-up.

Willis would usher the Vikings into a brave new world of mobile quarterbacking, currently championed by teams like the Baltimore Ravens, Philadelphia Eagles, Arizona Cardinals, and Chicago Bears – in varying degrees of success.

If the Vikings decide not to audition a rookie quarterback from the 2022 NFL Draft — but are also ready to move on from Cousins — 22-year-old Kellen Mond is also on the roster.