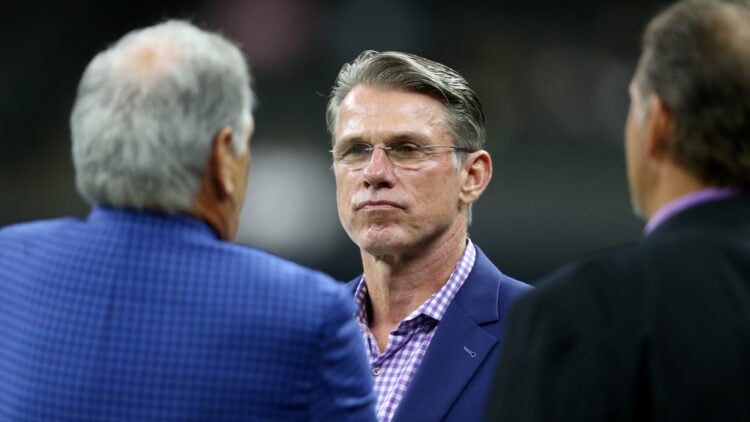 Thus far into free agency, Vikings fans should be pretty thrilled with how their team has done. The big splashes by signing both Dalvin Tomlinson and Patrick Peterson show that the front office is not content with how their defense performed last season (they shouldn’t be, by the way). It’s also possible that Peterson could have an impact on the special teams as well; another unit that struggled mightily last year.

That said, there is still one area that struggled that Minnesota has largely left untouched: the offensive line. Now that we have early reports of who the Vikings have shown interest in, there is reason to be a little concerned. The Vikings are reportedly in discussions with LA Chargers’ guard, Forrest Lamp.

Source said the #Vikings are one of the teams that free-agent guard Forrest Lamp is looking at. Lamp started all 16 games last season for the Los Angeles Chargers. And, yes, the Vikings indeed do need at least one guard (maybe two if Ezra Cleveland moves to left tackle).

Here’s the thing. The Vikings do have 12 draft picks in next month’s draft, so they can certainly find a starting quality guard there. I think that is the move, and they then bump Ezra Cleveland out to his natural position of left tackle. The Vikings have been connected to Alijah Vera-Tucker in multiple mock drafts as well, further validating that this could be their plan.

Of course, they could also draft a left tackle such as Christian Darrisaw and keep Cleveland at guard if they so choose. Basically, there are multiple routes to finding guards that don’t include Forrest Lamp as a starter in 2021.

That said, here is why I have some concerns. Lamp is very reminiscent of both Dakota Dozier and Dru Samia, whom the Vikings have stubbornly continued to rely on over the past couple seasons. They have very similar measurements. Lamp is 6’4”, 310 lbs while Samia is 6’5”, 308 lbs and Dozier is 6’4”, 312 lbs. They are all considered to be smallish guards (if a 300+ pound man can be called small) that rely on their athleticism: the type of player that Rick Spielman has been notorious for picking up.

Unfortunately, this skill set hasn’t really worked out for any of them. Lamp posted similar PFF grades to these two last season in his first year as a starter. Here’s a breakdown of where the three of Dozier, Lamp, and Samia landed last season.

Yeah, not great. The one silver lining is that he would seemingly provide much better pass protection for Kirk Cousins. All that said, I don’t mind this signing under one condition: that he essentially comes in and plays the role that Samia did last year.

If Lamp is your guy that comes and fills in for 15-20 snaps per game, that’s not a bad role for him to play. He would certainly bring better production than Samia in this regard, but then again, that’s not saying too much. Samia was the second-worst guard (per PFF grades) that played more than 11 snaps last year. Shoutout to Deion Calhoun who graded 29.8 in his 11 snaps for Arizona.

One final silver lining here is that Lamp is still young, especially in terms of NFL experience. The 27-year-old was drafted in 2018 and played just 174 snaps in his first two years before being thrown into a starting role in 2020. He should still have plenty of growth to make over the next couple years. Of course, that is also what has been said of Dozier and Samia in Minnesota, so who really knows.