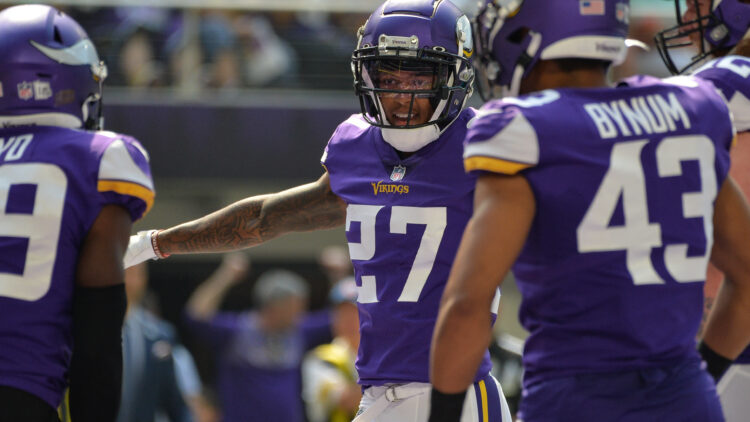 The Minnesota Vikings are once again thin at the cornerback position this week. After Bashaud Breeland left in the first quarter with an illness, Cam Dantzler finally got some extended playing time against the Browns.

Despite playing well, Dantzler’s path back to the field may be on halt yet again. On Monday afternoon, it was reported that Dantzler has been placed on the COVID-19 list after testing positive.

Vikings are running thin at cornerback again. The NFL's transaction wire has Cameron Dantzler on the COVID-19 reserve list. He finally played yesterday in place of Bashaud Breeland, who left the game with an illness in the first quarter. If Dantzler, who has apparently tested

This is obviously a problem for numerous reasons. First of all, the Vikings low vaccination rate leaves then susceptible to multiple players being placed on the list due to exposures. As has been widely reported, these unvaccinated players include QBs Kirk Cousins and Kellen Mond.

Purely from the secondary’s perspective, this doesn’t bode well moving forward, either. If Dantzler is unable to play this week, the Vikings will have to go back to Breeland, and that’s assuming he’s recovered from his own illness in time.

Even if he is able to play, it doesn’t leave a ton of hope for the Vikings defense. Breeland has been one of the league’s worst CBs to start the year; one of the biggest disappointments for Minnesota.

There is some hope lying in that the Vikings go against the Detroit Lions this week. Detroit’s offense has not been good by any means this year, and with an injury to Penei Sewell potentially keeping the rookie out, it may be in worse shape this upcoming week. However, as we know with this Vikings squad, no game can be taken for granted anymore. After a 1-3 start, this game has become must-win if the team wants to salvage their playoff hopes.