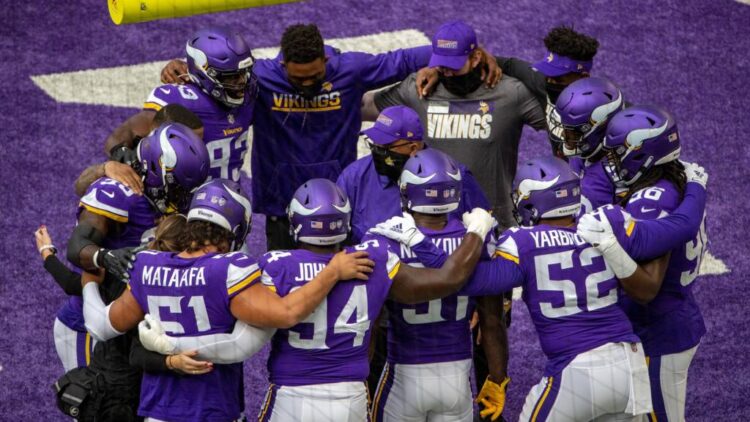 The Minnesota Vikings host a mandatory minicamp on Tuesday, June 15, and that event will instantly become a revealing hinge for the team’s 2021 offseason.

Most of the Vikings activities — coaching hires, free-agent acquisitions, the draft — transpired with widespread approval from Minnesota fans, but June 15 is the day to circle on a calendar. It is the day EDGE rusher Danielle Hunter is required to appear with the team for minicamp. 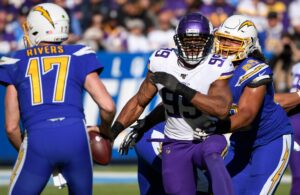 In mid-March, The Athletic‘s Chad Graff — a man known for fair and credible reporting — informed VikingsVille that Hunter is discontent with his current contract. Hunter signed a relatively team-friendly deal in 2018, a time in his career that he had not entirely developed into the force most recognize now. As of June 2021, though, Hunter is about the 17th highest-paid EDGE rusher in the NFL, causing a sense of confusion for Hunter’s camp and onlookers of the sport. No matter how the situation is diced for analysis, Hunter is indeed underpaid. The only rational mindset that can theorize otherwise is weighing heavily his neck injury from 2020 — will Hunter return with the same production and fear-inducement that he showcased from 2015 to 2019?

For that reason only, it is a curious time for the Vikings front office to gleefully distribute truckloads of cash. Should Hunter arrive Week 1 of 2021 as a shell of his former output — and that continues thereafter — then general manager Rick Spielman is in a worrisome predicament. Hunter likely wants Top 5 EDGE rusher money, so investing in a player that is recovering from the grimmest of injuries (neck) is risky — on paper.

The easiest way for fans to justify a large Hunter payday is to consider his 2018 and 2019 success as a “steal of a deal” or a “back pay.” Otherwise, one will be tormented with resentment for paying a player that is currently surrounded by injury-related question marks.

However, the player side of the negotiating table is seldom allotted empathy. Hunter, after a spooky injury, had a lengthy standstill to contemplate his standing with the Vikings and the league as a whole. Now more than ever — if he is serving his self-interests (that’s what humans do) — is the time to lock down guaranteed money.

From an NFL owner’s lens, the investment is shaky. For a player, it is common sense.

And that’s what creates the aura of suspense leading up to June 15. Do you support a player looking after himself and his loved ones? Or do you view football players as assets used to win games, like gladiators in Rome? Hopefully, middle ground can be realized in the brains of rational folks as both sentiments of the argument are prevalent.

Without Hunter headlining the Vikings 2021 defensive line, the prognosis for a spiffy post-pandemic season is bleak. Hunter is the only Pro Bowl-caliber pass-rusher on the Vikings roster, ensuring a lot of chips lie with his return to the team on Tuesday (or ultimately this September).

Stefon Diggs was traded to Buffalo in 2020, and his trade compensation morphed into (WR) Justin Jefferson, (DE) Kenny Willekes, (S) Camryn Bynum, (DE) Janarius Robinson, and (TE) Zach Davidson. That is fresh in the minds of trade analysts as a success for Minnesota (and Buffalo), but trades rarely net herculean talents like Justin Jefferson.

The 2021 Vikings — with head coach Mike Zimmer’s job presumably at a pivotal spot — cannot afford life without Hunter — or to roll the dice on a Diggs-for-Jefferson-like trade. Zimmer’s defense needs Hunter’s pass rush to drag the group back to 2014-2019 superiority.

If Hunter shows up on Tuesday in Eagan, the odds of a contractual kumbaya are significantly easier to achieve.

In the event that Hunter is absent as a telling no-show, fasten a seatbelt because his holdout will utterly dominate all Vikings matters until a resolution is reached.