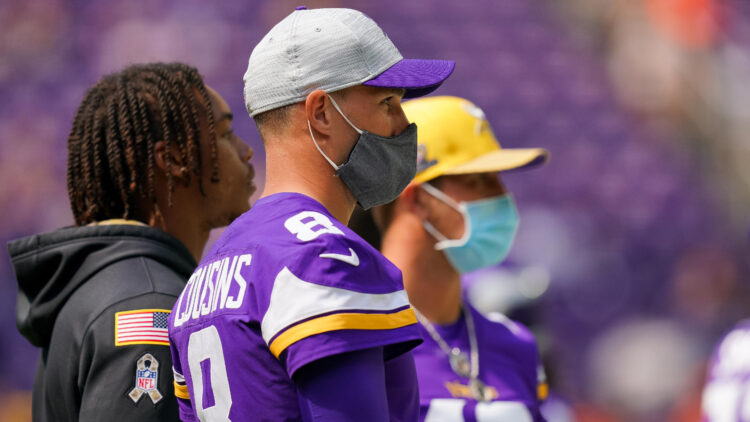 The time is now for the Minnesota Vikings to effectuate a deep playoff push. Head coach Mike Zimmer enters his eighth campaign in charge, showcasing the NFL’s eight-best win-loss record during his tenure — but just two playoffs win on his resume.

Similarly for quarterback Kirk Cousins, the Vikings won one notable postseason contest with the Michigan State alumnus at the helm in 2019. Outside of that gem of a performance, Minnesota missed the playoffs in 2018 and 2020, two seasons that Vikings fans expected the team to compete in meaningful January football games.

The best Minnesota could do after a slew of injuries in the pandemic season was 7-9. The offense was the most productive group that the franchise experienced since 2009. The defense, though, was the worst since 2013, the year before Zimmer took over.

One time under Zimmer, the team requires a 2020-like offense to jell with a defense akin to 2017 or 2018. It’s the utopian vision general manager Rick Spielman has chased for four offseasons following a conference championship appearance in 2017.

Locally, Vikings brains believe the 2021 offseason was unexpectedly thorough. But that sentiment is not present on a national scale.

Bleacher Report released its preseason power rankings earlier this week. Atop the list were the usual heavy-hitters — the Tampa Bay Buccaneers, Kansas City Chiefs, and Buffalo Bills (in descending order). Near the bottom, the Houston Texans, Detroit Lions, and Jacksonville Jaguars dwell in the cellar.

And the Vikings are closer to the Texans, Lions, and Jaguars per Bleacher Report. BR‘s collective staff ranked the Vikings at #22 of 32 teams heading into the preseason. Here’s the rationale:

“One can look at the positives and think they’re capable of becoming a playoff team. After all, running back Dalvin Cook is coming off his best season. Wide receiver Justin Jefferson became an immediate-impact star. Defensive end Danielle Hunter is back from last year’s neck injury. Minnesota added veteran corners Patrick Peterson and Bashaud Breeland as well. On the flip side, Hunter does not have a running mate to help with the Vikings’ pass rush. The offense will transition to first-time play-caller Klint Kubiak. And the offensive line is in flux with right guard and left tackle unsettled.  Right guard is an open competition where former starter Dakota Dozier, third-round rookie Wyatt Davis and tackle-convert Oli Udoh are trying to take the job. On Kirk Cousins’ blindside, this year’s 23rd overall pick, Christian Darrisaw, has been brought along slowly after offseason core muscle surgery.“

In addition to the litany of questions detailed above, the Vikings have one more notable roadblock — their schedule. Per 2020 wins and losses, Minnesota faces the NFL’s fifth-toughest schedule in 2021. The other NFC North teams are also beset by this predicament, so there is some “safety in numbers” reassurance to note. But on the whole, this 2021 schedule is the trickiest the Zimmer-Vikings have encountered to date.

Much of the 2021 performance will be determined by how quickly the new players can jell with the existing bunch. About seven new players will start on defense, a welcomed sight because the defense finished as fourth-worst leaguewide last year per points allowed.

Then, the Vikings must keep the level of offensive output consistent. Zimmer’s offense finished 2020 fourth in yards gained and 11th in points scored. Pair that with a typical Zimmer defense — not the 2020 version — and the Vikings will go places.

But they cannot have one without the other and expect to tunnel deep into the playoffs. It would also help if the special teams are competent under new coordinator, Ryan Ficken.

Based on sheer roster talent, the 2021 Vikings are significantly better than #22 in the business. However, the memories of 7-9 in 2020 — plus the same head coach and quarterback — propel Bleacher Report to think “same ‘ol, same ‘ol.”

In a penultimate season for Zimmer and Cousins, the team must be better than #22 in the league’s pecking order. If that does not happen, the 2022 offseason will be one of comprehensive, systemic change.