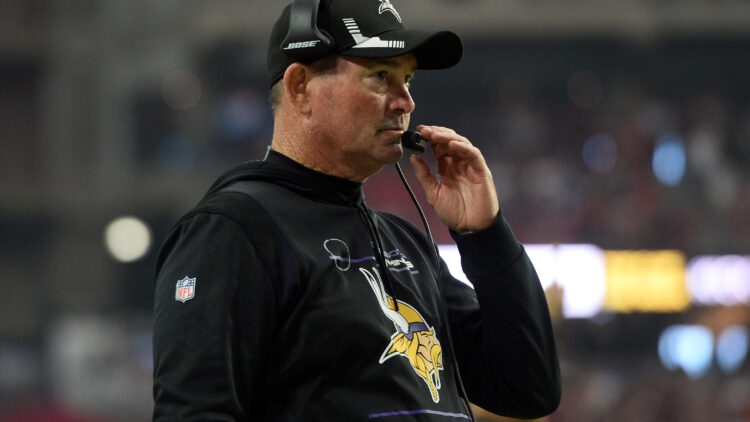 The Minnesota Vikings started 2020 with an 0-2 record (later 0-3) and fought back to a 6-6 standing the week after Thanksgiving.

A little-known fact about the pandemic season – everything scenario-wise worked out in the Vikings favor to reach the postseason. At the time of the 6-6 record, Minnesota needed the Arizona Cardinals and San Francisco 49ers to faceplant. They did. But what the Vikings did not foresee was a season-ending injury to Eric Kendricks just before the Jacksonville Jaguars Week 14 contest. With the loss of Kendricks, so went the Vikings playoffs hopes. They narrowly edged the Jaguars and lost three games after that. Playoffs denied.

Early in 2021, Mike Zimmer’s team encounters a familiar situation – start winning now or end up on the ash heap of mediocre Zimmer seasons. In Week 1 and 2, two heartbreakers took place, losing games to the Cincinnati Bengals and Arizona Cardinals by a combined four points. Last weekend, the Vikings even managed to lose via missed 37-yard field goal as time expired. And that was after the kicker drilled three consecutive field goals to start 2021 from beyond 50 yards. Indeed, Minnesota finds innovatively heartbreaking methods to lose in crucial spots.

The roster in 2021, so far, is significantly better and healthier than 2020’s edition. The Vikings can avoid an 0-3 hole with home cooking. The next three games are at U.S. Bank Stadium – a venue where, when fans are in it, is a tricky place for opposing teams to succeed. Minnesota is good enough – based on the performance down in Arizona – to win its next three games. For now, though, those are merely words spoken out loud as best laid plans. The team needs to win games at some point. And soon.

So, the first trajectory is to put the evils of Weeks 1 and 2 in the rearview, kickstarting a win streak at home. The defense must jell faster because too many big plays have been surrendered to the likes of Kyler Murray and Joe Burrow. In spots, the defense does it job. On the whole, it’s relinquishing gobs of points. It’s unbecoming of a Zimmer defense, and it’s causing losses. What’s the point of existing as one of the few franchises to employ a defense-always head coach if the defense allows 30.5 points per game? Solve that riddle.

The optimistic trajectory is to start a win streak and propel that badboy to the postseason – just like 2017 when the team was 2-2 without its QB1 (Sam Bradford) and RB1 (Dalvin Cook). It can be done.

The disadvantageous path? The makings of an 8-9 or 7-10 season, emblematic of the stale nature surrounding Zimmer’s Minnesota tenure. The current makeup of the Vikings is on the line as you read this. An about-face to this season entailing a win streak and playoff trip would probably secure Zimmer’s job into 2022.

Another mediocre season – like 2014, 2016, 2018, and 2020 – would foster change. For months, Vikings fans have sideways ogled Eric Bieniemy, the offensive coordinator for the Kansas City Chiefs. Minnesota finishing this season playoff-less would be a step in the direction toward a head coaching relationship with Bieniemy or somebody else. Minnesota cannot keep finishing in the ballpark of 8-9 and retain the same leadership. For better or worse, the uprooting of leadership will affect all or some of these names: Mike Zimmer, Rick Spielman, and Kirk Cousins. That threesome will not return as a whole next year if the Vikings finish in the arena of 8-9 in 2021.

Winning against the Bengals or Cardinals would’ve totally changed the Week 3 stakes against the Seattle Seahawks. The pressure to win would not be quite as intense.

But the Vikings lost both games to Cincinnati and Arizona. Now is the time to win and rectify a sad start to 2021 – or buckle up for a Zimmer Farewell Tour.