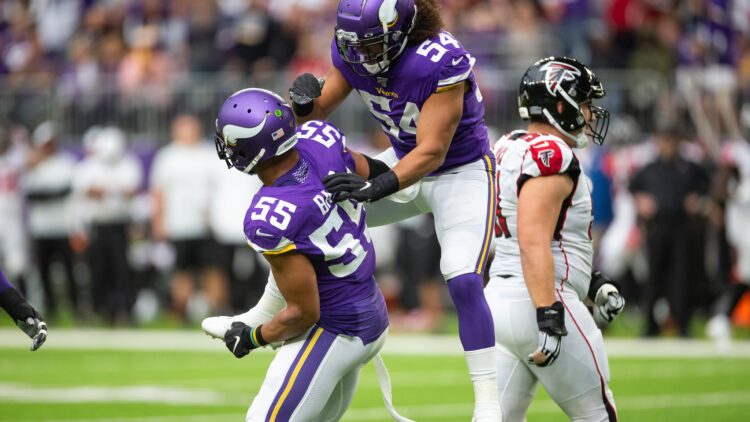 The Houston Texans and Detroit Lions are two out of 12 NFL teams that have not yet won a Super Bowl — and it will stay that way in 2021 if early projections are accurate. Teams that are Super Bowl-less that have the most reasonable chance to win it all in February include the Buffalo Bills, Cleveland Browns, and Tennessee Titans.

And this all according to CBS Sports, specifically Jeff Kerr, who broke down the probability of all such teams to hoist a Lombardi in early 2022.

The Minnesota Vikings nestle in between the Texans and Bills of the gridiron world, tapped as the fifth-most likely franchise to win Super Bowl LVI of those have not won one to date. Per Kerr, the Vikings are more likely to break through than the Los Angeles Chargers and Jacksonville Jaguars but less likely than the Arizona Cardinals.

Led by a 36-year-old Fran Tarkenton and Chuck Foreman on offense and Alan Page and Matt Blair on defense, the last time the Vikings reached a Super Bowl was the 1976 season (1977 calendar year), only to get shellacked by the Oakland Raiders, 32-14, in Super Bowl XI.

Kerr elaborated on his Vikings pick at #5 of the 12 winless Super Bowl teams:

“The Vikings have since lost six consecutive NFC Championship games. While Kerr isn’t totally sold on the Vikings outlook for 2021, evidenced by his fifth-most-likely classification, he offered these insights on the 2021 team: The Vikings have made the playoffs every odd-year season since coach Mike Zimmer took over in 2014, which bodes well for them in 2021. The Vikings uncharacteristically had a poor defense in 2020, ranking 29th in points allowed after finishing as a top 10 unit the previous five seasons. […] A better offensive line will help Cousins out immensely, especially with playmakers like Dalvin Cook, Justin Jefferson, Adam Thielen and Irv Smith.  With Aaron Rodgers’ future in limbo, the Vikings could be primed to win the NFC North.”

Out of all teams regardless of Super Bowl history, Minnesota is the 19th-most likely team to win the Super Bowl in 2021 season, earning the same wagering odds as the Pittsburgh Steelers at a +4000 moneyline per VegasInsider.com.

The pathway to an NFC North crown and beyond is affected tremendously by the unfolding of Aaron Rodgers’ drama in Green Bay. In late April, reports indicated the Packers passer was upset with Green Bay’s general management, setting up a summer showdown of “will he or won’t he” akin to the annual Brett Favre circus of yesteryear. Some sportsbooks cast the Vikings and Packers as bedfellows for win totals in 2021 now due to Rodgers’ uncertainty while others insist the Rodgers will return to Wisconsin and win the NFC North for the third straight season.

The offseason for the Vikings is a prosperous one. Oodles of defensive free agents signed on the dotted line, generating depth for a unit that lacked breadth in 2020. The Vikings plunge to one of the NFL’s worst defensive teams singlehandedly caused last year’s team to miss the postseason. The offense ranked third in yards gained and 11th in points scored — two marks unexpectedly sumptuous for a head coach in Mike Zimmer that is pegged to obsess over defense rather than preach offense. The only metric in which the 2020 Vikings excelled on defense was 3rd Down efficiency. With the league’s fourth-worst defense via points allowed, the Vikings boasted the ninth-best 3rd Down opponents’ conversion percentage. Figure that one out. Bend, don’t-bend, break.

Once and for all, Zimmer must lead a 2021 bunch that marries a 2020-like offense with a defense reminiscent of the 2017 or 2018 seasons. It’s probably the only pathway to February football unless the team delivers an upstart 2012 Baltimore Ravens-esque run in the playoffs which was storybook-like. Former Vikings Bryant McKinnie and Matt Birk won Super Bowl rings with that team.