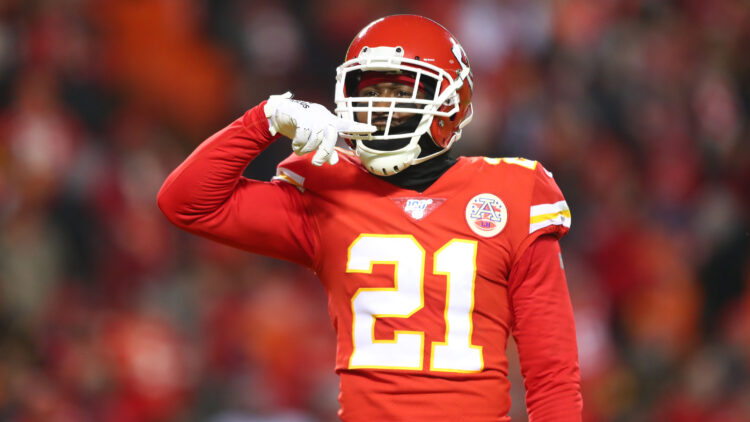 While the Minnesota Vikings transactional offseason may be slowing down, adding a few key contributors with newly-found cap space is evidently on the menu. After Kyle Rudolph’s contract formally wiggled off the books, general manager Rick Spielman welcomed about $15 million in post-May free-agent money.

And he put those funds to work on Friday. The Vikings signed Bashaud Breeland, a Super Bowl-winning cornerback from the Kansas City Chiefs.

The #Vikings agreed to terms with veteran CB Bashaud Breeland.

Breeland met with the team a little over a week ago, but after he headed off to other free-agent destinations, the sizzle of acquiring 29-year-old’s services seemed to fizzle. However, Spielman got his man, inking the defensive back for a one-year, $4 million deal.

The Vikings offseason odyssey at cornerback is a topsy-turvy one.

Before March, the depth chart showcased starters Cameron Dantzler — who was terrific during his rookie campaign — and Jeff Gladney, a man that offered a scrappy propensity for growth in Year Two. But that was about it for long-term planning, at least for those weeks.

Vikings onlookers were stunned when free agent Patrick Peterson signed on the dotted line as St. Patrick’s Day hit. It certainly isn’t odd for Minnesota to emphasize cornerback importance — there’s even a longstanding joke about it — yet folks didn’t foresee Peterson as an option. Nevertheless, he’ll don white horns in September, adding instant legitimacy to a group of corners [as a whole] that struggled in 2020. Minnesota uncharacteristically finished 24th in the NFL for passing yards allowed during the pandemic season — a ghastly departure from Zimmer’s typical defensive supremacy.

The odyssey continued. Then, Spielman signed Mackensie Alexander, a familiar name, to the roster from the Cincinnati Bengals. Alexander left the Vikings in 2020, a member of a mass free-agent exodus that included Everson Griffen, Linval Joseph, Xavier Rhodes, and Trae Waynes. For the moment, Zimmer’s group of corners was immediately as deep as the Pacific with Dantzler, Gladney, Peterson, Alexander, and the upstart Harrison Hand fortifying the CB room.

Jeff Gladney encountered legal woes in Texas soon after. Reports broke that the second-year defensive back assaulted his girlfriend, casting his entire NFL career in doubt. The situation remains a quagmire as few details have dribbled out since the nasty news hit the wire.

No Gladney? For a period of time, a season, or forever? That was the prognosis. Hell, it’s still the prognosis. So, the CB depth was extremely suspect without the TCU alumnus. An injury to Dantzler or Peterson would careen the team back to 2020 status with limited depth, generating an “uh oh” by Vikings enthusiasts.

The draft came and went. Camryn Bynum is often labeled as a cornerback, and he was plucked by Spielman in the 4th Round of the 2021 NFL Draft. However, most Vikings brains peg Bynum as a safety. Ergo, there was not show-stopping or depth corners added via draft.

A month ensued of questions about cornerback depth, particularly because Gladney’s status is totally uncertain. Perhaps the Vikings were biding time from Rudolph’s contract to shimmy off the books.

Why? Because the Breeland addition creates an aura of “we’re deep at CB again” for Vikings fans. What’s more, the aforementioned Harrison Hand is excelling at Minnesota’s OTAs. Some folks began to portray him as the emergency starter.

So much so that one wonders where Breeland will be plugged-and-played. The ex-Chief is accustomed to starting, but Zimmer already has Peterson, Dantzler, and Alexander for that. Stay tuned.