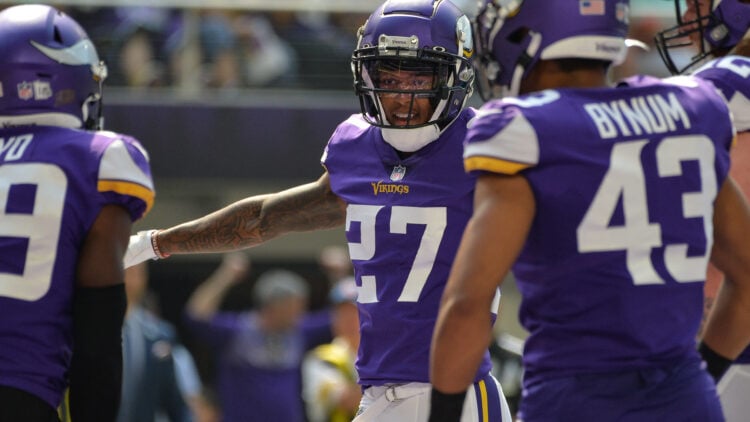 In February, onlookers of the Minnesota Vikings were riding on high on the future of the cornerback position based on 2020 rookie output.

Jeff Gladney showed grit during his maiden voyage, displaying a knack for tackling and overall room to mature. Months later, the 1st-Round pick by the Vikings in the 2020 NFL Draft was released after Gladney was indicted for an assault charge in Texas. He might play in the NFL again down the road; he might go to prison if convicted.

The other 2020 rookie corner, Cameron Dantzler, is on the team right now. He was slated to be Minnesota’s CB1 or CB2 for 2021, but that prognostication was evidently too lofty or too soon. Dantzler currently has a CB6 acronym attached to his name on the depth chart. And that’s after he was the NFL’s top rookie cornerback per Pro Football Focus grading last year.

Both forecasts for Gladney and Dantzler are grim. Gladney won’t play for the team any longer, and Dantzler must claw his way back up the roster. Before the Vikings Week 1 loss to the Cincinnati Bengals, Dantzler was deactivated, plopping him on the bench in street clothes for an unknown reason. His tumble down the Vikings defensive plans is close to unprecedented for the Mike Zimmer regime.

On Wednesday, Zimmer gave clear marching orders to Dantzler via the media to get back on the field. It’s simple — play special teams, too.

Mike Zimmer on where Cam Dantzler is at in his career and how he can see the field again:

That’s as crystal-clear as it gets. Once a starter, Dantzler was demoted to reservist duty. To re-ascend back to his starting gig, Dantzler must first play special teams effectively. Zimmer’s comments imply Dantzler wasn’t performing well via special teams — or he didn’t “want” to play that aspect of football at all.

Something walked to Dantzler to the doghouse. Maybe it was his hesitance to engage special teams, although that is pure speculation.

The Vikings can afford to utilize another good cornerback, so Zimmer’s declaration should be taken seriously. During the loss the Cincinnati in Week 1, new cornerback Bashaud Breeland had a rough outing, toasted on a couple of plays by Bengals personnel. If Dantzler was in good graces, now would be the time for him to snatch his job back. But, Dantzler is not in good graces. Therefore, he’ll have to rise up the hard way, grinding out special teams work.

It’s not silly to surmise Dantzler can handle the task. Last year in the back half of the season, he was magnificent. He covered opposing teams’ best pass-catching playmakers, creating a name for himself as a budding shutdown-type style of cornerback. But that feels like a million years ago after his recent demotion.