Vikings Can Defeat Browns if They Do One Simple Thing 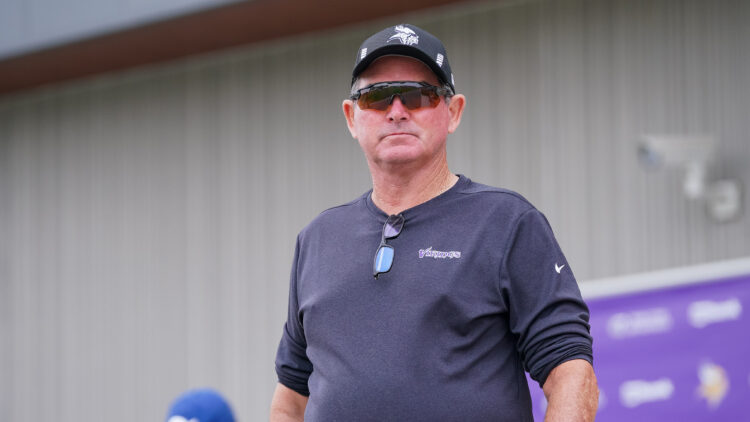 The Minnesota Vikings can even their record to 2-2 against the Cleveland Browns in Week 4 with a win, signaling a season turnaround that felt like a longshot when kicker Greg Joseph pushed a game-winning field goal wide right two weeks ago.

The ask is simple: Stop the run.

That may sound like a 1990s football slogan — and it is — but the way the Vikings and Browns play football, the mantra applies to Week 4. Cleveland boasts the best one-two combination at running back in the NFL — Nick Chubb and Kareem Hunt. The Kansas City Chiefs cut Hunt loose a few years ago due to legal shenanigans. But since then, he’s behaved and resurrected his career in Ohio.  And then Chubb, well, he’s a Top 5 halfback in the world. His rise to power occurred in 2018 when the Browns traded Carlos Hyde to the Jacksonville Jaguars. Hyde, who was more productive then than now, received much attention in then-rookie Baker Mayfield’s offense. Jettisoning him to the Jaguars cleared the way for Chubb, and the Georgia alumnus never looked back.

Speaking of alumni, Cleveland is led by Kevin Stefanski, a Vikings longtimer. Under his tutelage — a mere 19 games to date — the Browns are 12-4 (.750) when they eclipse 100 yards rushing as a team. That means they hit the 100-yard mark often and are victorious when they do so. So far in 2021, Cleveland rushes the football 53.4% of the time on offense, the second-most in the NFL behind the New England Patriots. They run the ball — it’s cut and dried.

On the other hand, Minnesota finds tremendous success when it stops the run under head coach Mike Zimmer. The Vikings skipper has been in charge for a whopping eight seasons now. When Zimmer holds opposing teams under 100 team rushing yards, Minnesota is 43-8-1 (.837). They win 85% under Zimmer in those situations. With that parameter, “record when holding teams under 100 yards rushing,” the Vikings .837 win rate is the third-best in the NFL since 2014. Only the New England Patriots and New Orleans Saints win more often when squashing the opposition’s rushing attack.

Based on the sheer volume of terrific tailbacks in this game — Dalvin Cook, Alexander Mattison, Nick Chubb, Kareem Hunt — Sunday’s game is about the closest thing one can find to “old school football.” Both teams are self-professed run-first operations, so expect the handoffs to be at a maximum. However, the Vikings and Browns can fling it when necessary as well. Kirk Cousins is currently engrained in one of the best three-game sets of his career, diming eight touchdown passes to no turnovers. For Cleveland, Baker Mayfield’s 102.1 passer rating is impressive, too. Although, his three touchdowns in three games are on the teensier side. But that’s because he’s handing the ball to Chubb and Hunt to the utmost.

If the Vikings can get to 2-2 by bedtime Sunday, they’ll be in marvelous historical shape. In each of the last three seasons that the team hit a 2-2 record, Zimmer’s bunch reached the playoffs: 2015, 2017, and 2019. It’s almost like an internal rite of passage.