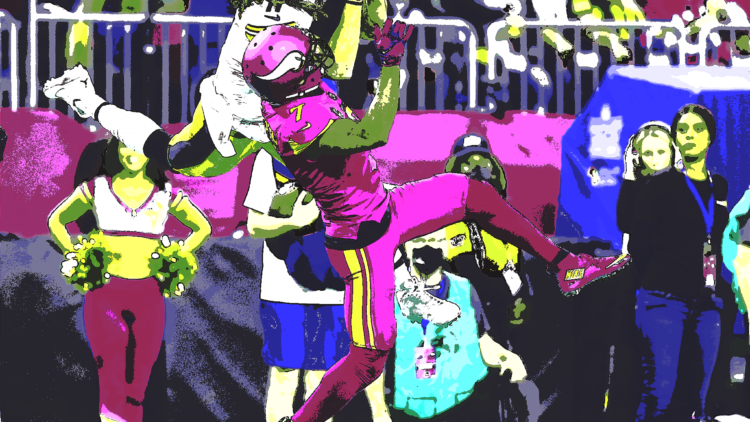 The Minnesota Vikings beelined to a 29-0 lead over the Pittsburgh Steelers in the 3rd Quarter of Thursday Night Football in Week 14.

Dalvin Cook filleted the Steelers defense, the Vikings defense looked like the 2017 gang for about an hour and a half, and U.S. Bank Stadium was as loud as 67,000 chainsaws.

But because Minnesota refuses to close out games in 2021, Pittsburgh sprinted back into the game, nearly completely a mammoth comeback to save its season.

In the end for the Steelers, though, it was no cigar. Ben Roethlisberger needed to score on the final drive, shorting the franchise by eight points when Harrison Smith broke up a would-be touchdown to tight end Pat Freiermuth. Too, Pittsburgh would’ve needed a two-point conversion to reach overtime. However, the way the event was trending, conventional logic suggested that was a no-brainer.

The Vikings avoided the distinction of the second-biggest meltdown of all time, behind only the 1992 playoff game between the Buffalo Bills and Houston Oilers. The Oilers blew a 32-point lead in that infamous game, and Minnesota was only three points and two possessions (last drive, perhaps overtime) from that nightmare.

Previously, a couple of teams — the 1980 San Francisco 49ers and 2014 Indianapolis Colts — completed 28-point comebacks. The Vikings would’ve wiggled into “second place” had the catastrophe come to fruition.

What’s more, while it assuredly felt like Minnesota was teetering on all-time embarrassment, the ease by which a team scores eight points in the wee minutes of a 4th Quarter — and going on to win in overtime — is commonly overstated.

NFL football is broadcast to entertain, so it should be no surprise that commentators enhance drama in late-game situations — no matter what the stakes might be. But just know a Steelers comeback was unlikely — despite the internal cynicism that told you otherwise — as those moments are rare.

The takeaway? Head coach Mike Zimmer does the proverbial “live to fight another day” routine, the Vikings cling to near-win-out playoff hopes, and the Steelers pray for a collapse of about four other AFC teams to sneak in the playoffs.

If you were there at U.S. Bank Stadium or watched on television, Minnesota narrowly averted a disaster that would’ve been screamed to high heavens and placed into memes for a decade.

Thanks to the 1st Half cushion, a delightful touchdown pass from Kirk Cousins to K.J. Osborn, and Harrison Smith’s pass coverage on the game’s final play, this game will not be remembered for anything other than a captivating Thursday Night Football game.