Vikings a Whisker Away from Playoff Seeding 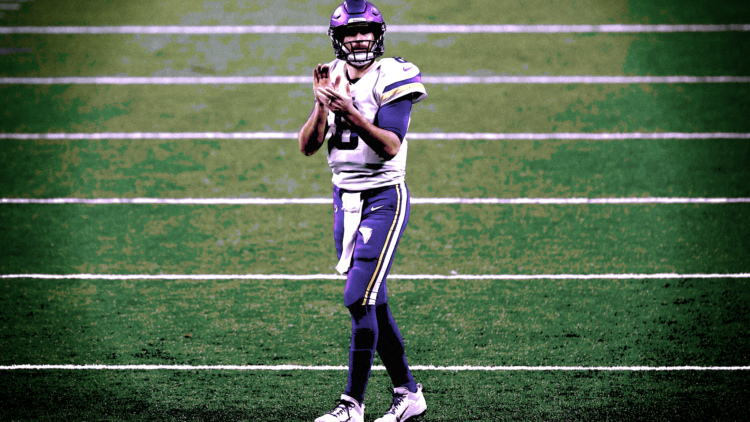 The Minnesota Vikings playoff seeding surprisingly resides in an advantageous spot. 22 NFL teams have at least four wins through [almost all of] Week 10, so parity is rampant in 2021.

No team has an established frontrunner claim to Super Bowl favorite, mainly because the Kansas City Chiefs have floundered for a lot of the season, the Buffalo Bills lost to teams like the Jacksonville Jaguars, and the Green Bay Packers always seem to crumble in the NFC Championship.

The Vikings aren’t sitting in a braggadocious spot for playoff aspirations – they were 3-5 about 48 hours ago for God’s sake – but the optimism was revamped when Minnesota outdueled the Chargers in Los Angeles. Entering Week 10 as three-point underdogs, Kirk Cousins and his friends defeated Justin Herbert and Co. 27-20 in a start-to-finish, successful effort. In several separate weeks before Vikings-Chargers, the Vikings would start fast, lull in the middle of games, and vomit when it mattered. On Sunday in Hollywood, Mike Zimmer’s team dramatically improved on a pivotal stage.

Instead of going to sleep on offense – for no good reason – offensive coordinator continued to take shots down the field while running back Dalvin Cook churned yards on the ground versus Los Angeles. And in any Vikings offense orchestrated by Zimmer, running the football and thus controlling the time of possession is vital. The Chargers, before and during Week 10, weren’t very apt in stopping the run, so Minnesota dictated the tempo of the affair and ultimately won the thing.

Thankfully, the win in Los Angeles heightened the Vikings playoff seeding. Minnesota lives in the eighth seed as of November 15, just a half-game back of the Carolina Panthers. And those are the same Panthers that the Vikings edged in overtime one month ago. If it comes down to a Vikings-Panthers tiebreaker – it’s advantage Vikings. Nipping at the Vikings heels are the Philadelphia Eagles at 4-6 – who have quietly played well in the last three weeks – and the Atlanta Falcons just trying to stay relevant at 4-5.

What’s more, the team inhabiting the sixth NFC seed, the New Orleans Saints, isn’t exactly unbeatable. Jameis Winston was lost for the season a couple of weeks ago, turning to ex-Viking Trevor Siemian in relief. New Orleans is 5-4 through 10 weeks – a record that might sink further with the Eagles, Bills, and Cowboys on the docket in the next three weeks.

The goal for Minnesota should indeed be more than “making the playoffs.” Few dispute that. But to win a Super Bowl – that actually is the goal – a team must first reach the playoffs. Based on the sixth and seventh-seed competition right now, the Vikings have a tangible chance to turn the 2021 season around. Zimmer’s team emphatically is not dead. Yet, they do have to win against the Packers in Week 11 and probably the 49ers, too, on the road in Week 12 to keep pace with one or two other NFC teams that will spring up.

Per FiveThirtyEight.com, the Vikings own a 42% chance of reaching the playoffs at the moment. That’s currently better than the Cincinnati Bengals, Cleveland Browns, Pittsburgh Steelers, Seattle Seahawks, and Las Vegas Raiders.

Weird stuff for a team that was considered dead in the water after losing to the Baltimore Ravens, huh?