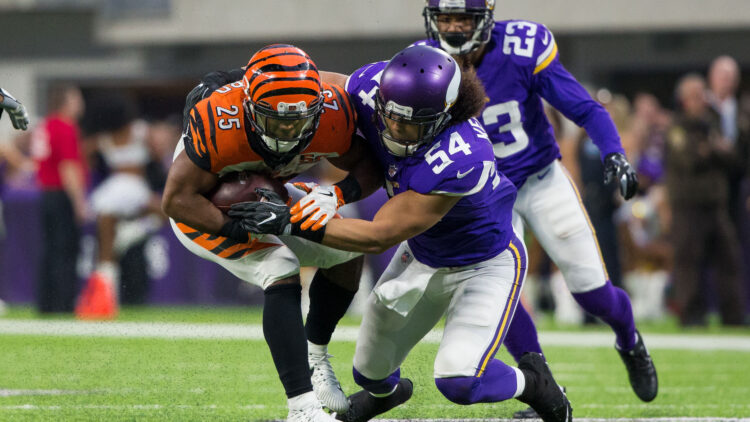 After the initial purple dust settled on free agency — headlined then by the additions of cornerback Patrick Peterson and defensive tackle Dalvin Tomlinson — the Minnesota Vikings win-loss odds per sportsbooks settled around 8.5 wins. For onlookers of the team, that figure was considerably low as folks presume that with a return to normalcy on defense for head coach Mike Zimmer — the rest of the enterprise should thrive.

But nope says oddsmakers. That 8.5 wins mark is pretty rigid.

It didn’t even move after the 2021 NFL Draft, an event that gathered high praise for the Vikings after a fortuitous trade that landed Christian Darrisaw, Kellen Mond, and Wyatt Davis. Sporting News rendered an ‘A’ grade for Minnesota after the draft. Pro Football Network sent an ‘A’ the Vikings way, too.

For now, the Vikings live in the same forecasted-win territory as teams like the Pittsburgh Steelers, New England Patriots, and Arizona Cardinals — organizations all hovering around an eight or nine-win prognosis.

General Manager Rick Spielman allotted an entire offseason to defensive operations-only in free agency. The only offense-themed move enacted by Spielman was the trade of a 6th-Round draft pick to the Arizona Cardinals for offensive center-guard Mason Cole. The rest of the free-agency handiwork centered on defense. Here are the new faces:

And this is the full draft haul:

The strategy is straightforward. The Vikings offense during the pandemic season gained the third-most yards on leaguewide, accompanied by the 11th-most points scored. But the defense was insufferable, marred by injuries to Danielle Hunter, Michael Pierce, Anthony Barr, Eric Kendricks, and Mike Hughes. Statistically, Minnesota was fourth-worst in the business via points allowed and sixth-worst in yards allowed. As a result, Spielman opted to leave the Vikings offense alone, relying on continuity rather than changeover — aside from the familial swap of father Gary Kubiak with son Klint Kubiak at the offensive coordinator. Father Kubiak retired after a two-year stop with Zimmer and the Vikings.

In 2020, the Vikings indisputably proved they could find a 7-9 record with damn good offense and nauseating defense. The implication from oddsmakers is that the revamping of the defense is only really good for about one extra win — a strange theory for a team that ranked second in the NFL defensively from 2014 to 2019 in points allowed. In those six years before the goofy pandemic season, only the New England Patriots allowed fewer points than Minnesota on defense.

So, gamble the over now. Indeed, the Vikings have a tricky schedule, but 8.5 wins is low for a team that has a knack for reaching the playoffs every other year. Minnesota is due.

Plus, the quarterback of the Vikings primary foe may not even play for that Wisconsin ballclub.