Is it just me or is US Bank Stadium falling apart, again? 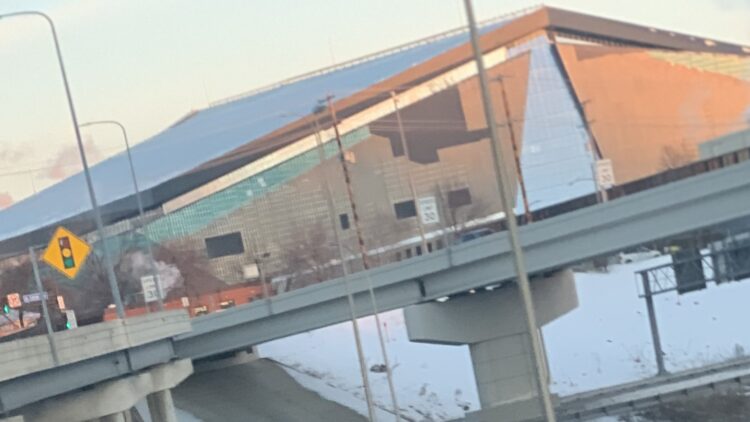 If you can say anything about me it’s that I LOVE getting up in the morning. There are few things are pleasurable as the sun hitting ones eyes, that morning stretch, a fresh cup of Folger’s original, and … Jumping jacks to get the old heart a palpitating.

As you can tell from my inability to finish that sentence, I am a bad liar. 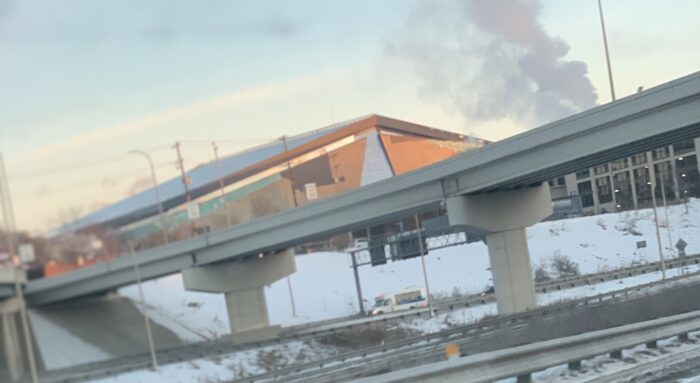 Is it just me or are some of those panels yet again missing from the left side of the stadium? Once I went under the bridge it also appeared that some of the glass was missing on the upper-right of the stadium, however I couldn’t get a snap of that because I didn’t want to… What’s the word for it? Oh yeah, die.

As we all know this wouldn’t be the first time that US Bank has had major issues both externally and internally.

They’ve spent $21 million to fix external panels that apparently had something to do with a leak?

Then there’s the issue that the Vikings play on the field, which depending on what the COVID cap will be in 2021 will be about $180 million wasted.

I kid because I love.

Oh, and small tangent, that school bus on 35 totally jackknifed before I got there.

Then again, the could just be repairing some of the panels, but I didn’t see any equipment (and they are 12 months removed from fixing almost the same panels last February).