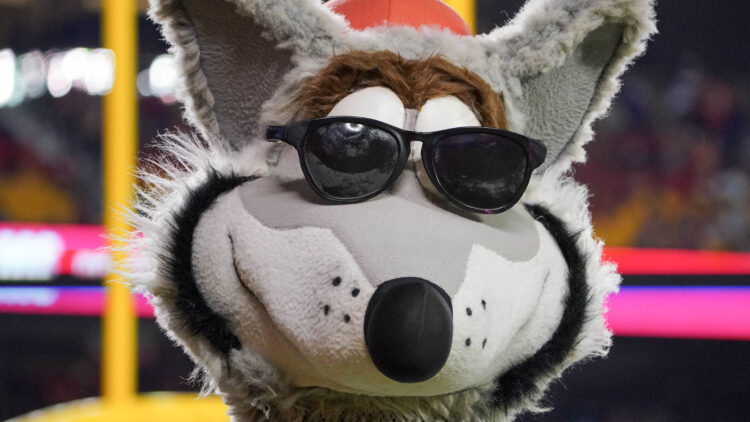 We can all agree the crowd noise at Paul Brown Stadium on Sunday in Cincinnati was probably a bit overhyped by some commentators, but we can also all agree that crowd noise does play a factor in determining how distinct a home-field advantage is for a team.

In identifying my top 10, I did my best to separate or at least minimize one component, which was a team’s overall success of late. Case and point is the New England Patriots. They have a great home record over the last 15 seasons, but I don’t believe that’s largely due to an innate advantage they derive from their stadium. They just had the greatest coach and quarterback combo of all time, so they had a good record no matter where they played. I also tried to mitigate the prevalence of teams who had a distinct home-field advantage when they were good but saw that advantage dissipate when they weren’t good, which is why New Orleans isn’t No. 1 on this list.

I’ll never forget the game in 2012 at FedEx Field where Robert Griffin III daggered a potential Vikings comeback in the 4th quarter with a 76-yard touchdown run down the left sideline. The building that day was electric, and Griffin’s sensational touchdown put things over the top. You could feel the ground and the building shake. When Washington is good, and the game is in the balance, their fans and stadium can bring it. But again, the advantage is less so when the team isn’t good, so that’s why they aren’t further up the list.

Their advantage at home is always notable, but it’s even more so late in the season when the weather turns, and the snow and wind wreak havoc on those unaccustomed to such elements. Plus, it’s the Bills Mafia. This team’s fan base is hearty, passionate, loud, and smart.

Seattle is often cited as having one of the best, if not the best, home-field advantages. They have a great nickname for their fans (the 12s), they have a great pre-game tradition, and their building can absolutely be rocking when the team is good, and the game is tight. But it wasn’t always that way, and sometimes a game can get sleepy there. To be clear, playoff Seattle is an incredible place and is a legit contender for No. 1 on this list. Non-playoff Seattle might not be in the top 10 at all, though.

The Vikings, in recent history, have had trouble playing at Soldier Field. Night games, poor weather, night games that feature poor weather, long grass, rowdy fans…Soldier Field has it all when it comes to the advantages an outdoor stadium can offer the home team. When the Bears defense is its usual stingy self, this is a house of horrors for road teams.

We’ve had a few teams already on this list who aren’t higher because the advantage isn’t always at its peak when the team is struggling. The Eagles are a team that ranks a bit higher because the inverse is true – even when the Eagles are bad, they still have a home-field advantage that ups the ante for the road team. Throwing snowballs at Santa, being heartless to Michael Irvin when he laid on the field injured, and, of course, the stories from the Vikings-Eagles NFC title game a few years back all add to this ranking.

The Broncos are another organization that boasts boisterous, passionate, and loyal fans. No matter how good or bad the team is, Broncos fans show up, and the stadium is loud. It always feels like the fans are right on top of you, too, maybe because of how close the stands are to the field. Also, it’s an outdoor venue, and late in the season, you may be met with sub-freezing temperatures, snow, and wind…and oftentimes all at once. On top of this, it’s a mile high. The altitude can give opposing teams problems, and this is a factor only one franchise has on its side

Very close contest between the Saints and Vikings for a position among the top three on this list. The nod goes to the Vikings, though, because I question how distinct the advantage would be in New Orleans if the team wasn’t a perennial playoff contender. Regardless, the Saints fan base is passionate and loyal, they love making noise and take pride in their reputation as boisterous fans, and that building just seems to amplify the noise. I’ve never heard a building be that loud for that long the night we were there for the NFC title game following the 2009 season.

The Metrodome was easily a Top 5 home-field advantage in the NFL and was one you could argue was atop the list. When the franchise was able to build a new stadium, many wondered if they could also preserve their decisive home-field advantage. They most certainly did. The sound reverberates in the building, the fans take pride in creating a frenzied atmosphere, and the seats are among the closest to the field in the NFL, so the crowd does seem to be right on top of you. Also, good season or bad, Vikings fans bring it for home games. There are no weeks off for the opponents when they come to Minnesota.

To be this high on the list, there has to be something unique that a team can boast that stands it apart. The Steelers have that. First of all, though, this is a blue-collar town that loves football and is filled with hearty fans with a passion for their team, great knowledge of the game, and high expectations. The city is in a region that endures cold temperatures late in the season. The kicker, though, is a man-made tradition, and that is the playing of the song ‘Renegade’ at the start of the 4th quarter. When the Steelers are on defense in a close game late in the season at the start of the 4th quarter, and that song comes on, it puts everyone in a permanent state of ‘3rd and long,’ it seems. A great place to go watch a game, especially late in the season.

A proud tradition of defense, an area of the country that loves football, fans who tailgate as well as any group in the world, and a venue that can feature temperatures above 100 or below freezing…Arrowhead Stadium is the NFL stadium that gives its team the most distinct advantage. The noise is just different there. It’s everpresent. It’s overwhelming. It’s…just…loud.