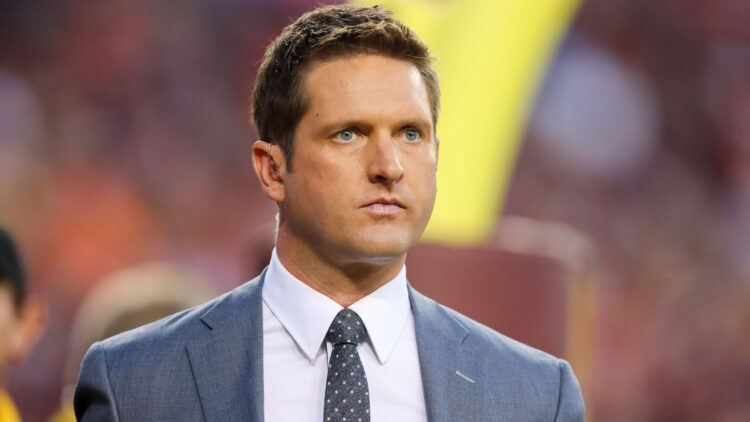 Note: This article originally appeared on our sister site, purplePTSD.com.

Over the last week, EDGE rusher Gregory Rousseau from the University of Miami (FL) has fallen off the Minnesota Vikings radar in mock drafts. He was theorized in February to be “the guy” for the Vikings with their 14th pick in the 2021 NFL Draft. But now the echo chambers are sounding a different name.

This tentative confirmation continued this week when ESPN’s Todd McShay, a respected name in the industry, sent Kwity Paye of Michigan to the Vikings. Just as Rousseau was the frontrunner in February, Paye has taken the lead in March. What’s more, Rousseau has plunged to the latter portion of Round 1 in many mock drafts as some have whispered that he is a boom-or-bust commodity.

On Paye to the Vikings, McShay wrote:

“The Vikings had an uncharacteristically bad year on defense in 2020, and they want to make sure things get back on track for 2021. Selecting Paye would be a good move to do just that. Paye’s senior season numbers at Michigan didn’t necessarily jump off the page, but that hasn’t stopped NFL scouts from falling head over heels for him. One explanation for that disparity could be how Paye was used within the Wolverines defense. The NFL Network’s Daniel Jeremiah explained that Don Brown’s defense at Michigan might not have put Paye in the best place to succeed. Paye played four seasons at Michigan, and in that time he accumulated 97 total tackles, 23.5 tackles for loss and 11.5 sacks.”

So, what’s the far-reaching implication of Paye to Minnesota?

The Skinny on Paye

If the hype regarding Paye is real, then the Vikings one would holster a mean one-two punch of Danielle Hunter and Kwity Paye in early September. Without Paye or a different first-round defensive end, the prognosis is Hunter and RDE-by-committee. That may work swimmingly or it may produce an average result. Stay tuned.

Paye’s defensive coordinator at the University of Michigan, Don Brown, says of the 22-year-old defender:

“Kwity is an unbelievable athlete. He plays tailback as well as a defensive end. He could play up and down on defense, which is another sign of his athleticism. I have worked with him personally. He is an outstanding pass rusher, and his size potential is off the charts. I anticipate him being an open side defensive end along with the potential to play in packages with his pass-rush ability. We are glad to have him here at Michigan.”

Paye’s forecast is in line with virtually every other high-round prospect in March – if he’s the real deal per Brown’s comments, the drafting team can’t miss.

The Vikings welcomed back Stephen Weatherly this week via free agency. That is mentionable because it may reduce the possibility of general manager Rick Spielman selecting a defensive end. The Vikings have about 5-6 EDGE rushers in their roster orbit, so why add another when other depth-chart spots need love?

The choice of a defensive end – regardless of the Paye draft pick – enters the common debate on draft philosophy. Should a team draft for team-need? Or is choosing the best player available an ironclad approach?

Luckily, Paye damn near checks both boxes. Indeed, the Vikings have bodies to throw at RDE, but none have the upside that Paye would provide.

Choosing Paye with the 14th pick will imply the offensive line is in optimal shape. It is not at the time of this article’s publication. The team needs one or two guards depending on the area of the offseason they prefer to address the matter – free agency or the draft.

Should Spielman sign a guard or two that is reputable, well, a defensive end like Paye is fair game in the 1st Round. But if no offensive lineman is found during free agency – yikes. A pass-blocker of some sort would be next-to-mandatory with the 14th pick.

And then if Spielman does find some guards, another startable EDGE rusher, a 3-technique defensive tackle (there are oodles available this offseason), and perhaps a journeyman cornerback – then the Vikings can splurge with a true best-player-available mentality in April.

But that would entail the Vikings finding a used mattress with a lot of money underneath it.