Things Could Be Worse: A Look Back Ten Years Ago 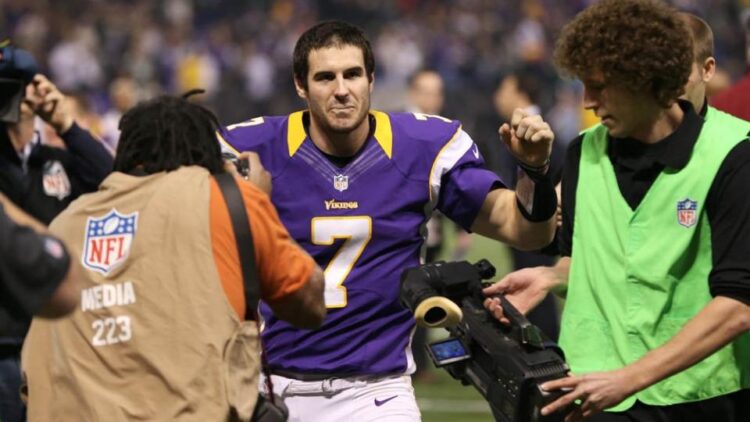 As frustrating as it has been to cheer for the Minnesota Vikings over the last year, it’s at least been exciting to watch a team that has talent on both sides of the ball. The same thing can’t be said at this point ten years ago. The 2011 Minnesota Vikings lost six of their first seven games and stumbled to a 3-13 season. As Vikings’ fans cry wolf over this year’s (good) team, let’s flash back ten years and look at the last time Minnesota was bad, see how they rebuilt, and talk about what that could mean for today.

The 2011 season tied the worst record in Vikings’ franchise history. A key factor to this record was the Vikings’ 2-9 record in one-possession games. Despite a decent offense (21.25 PPG scored, 19th in NFL), Minnesota was held back by an awful defense (28.06 PPG allowed, 31st in NFL) and wasn’t able to overcome poor quarterback play to turn their season around. The only time the Vikings seemed to play well was when running back Adrian Peterson played well. Peterson rushed for a combined 243 yards and five touchdowns in the three Vikings’ wins in 2011, including when he tore his ACL in a 33-26 win against the then Washington Redskins.

Peterson was with no question the team’s star in 2011. He was entering his fifth season with the team and had posted four straight seasons posting at least 1,600 yards from scrimmage and 10 total touchdowns. Alongside Peterson was third-year wideout, Percy Harvin. Harvin led the team in total yards (1,312) in 2011 and averaged 32.5 yards per kickoff return. Like the 2021 season, the Vikings had a lot of young talent on the offensive side of the ball but were held back by a veteran defense.

2011 also marked the beginning of the Christian Ponder era in Minnesota. The Vikings drafted Ponder with the 12th overall pick in the 2011 NFL Draft. Ponder played in 36 career starts for Minnesota and amassed 6,658 yards and 38 touchdowns over his four-year career in purple. However, Ponder turned into one of the biggest draft busts in Vikings’ history as he went 14-21-1 and threw 36 interceptions before leaving the league after the 2014 season.

Some other familiar names began their careers in Minnesota that season. Minnesota drafted tight end Kyle Rudolph drafted in the second round (43rd overall pick) and played 144 career games with the Vikings. Rudolph racked up 4,488 yards and 48 career touchdowns as a nine-year starter for Minnesota and made two Pro Bowls. The Vikings also drafted center and six-year starter Brandon Fusco that season.

Minnesota continued their rebuild process the next season by drafting tackle Matt Kalil fourth overall and safety Harrison Smith 29th overall in the 2012 draft. The Vikings actually rebounded and made the playoffs the next season, thanks in large part to Adrian Peterson’s MVP season. However, it wouldn’t be until January of 2018 that the Vikings would win a playoff game. From 2011 to 2016, the Vikings were a combined 44-50-1 including two playoff losses in 2012 and 2015.

If 2011 is comparable to this year’s squad that would mean that Minnesota would win their next playoff game in the 2027 season. As sad as that is to think about there are more similarities with those two teams than not. Both squads have a young, talented offense paired with a defense led by a great defensive end and used a high draft pick on a quarterback, but it’s unlikely that rookie Kellen Mond will take over the starting job this season.

Although there are similarities between the two teams I don’t believe that history is repeating itself. The only concern so far is the team’s record in one-possession games. The Vikings are already 0-3 in such games this season (they were 2-9 in such games in 2011). However, I think the Vikings are too talented to be a sub-.500 team and should right the ship back towards playoff contention.