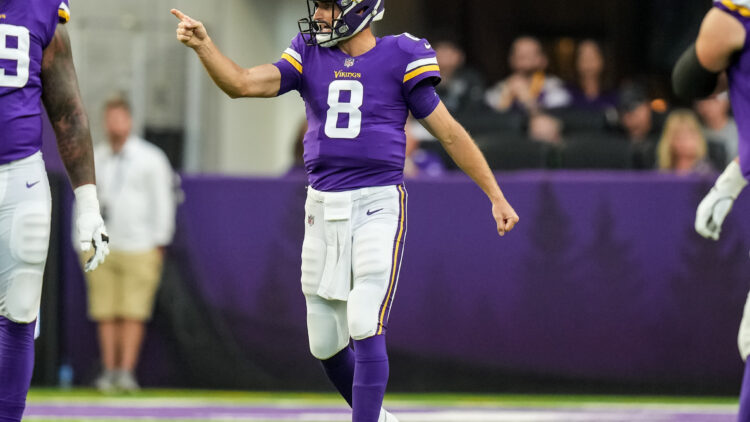 Time is ticking on the Aaron Rodgers-Green Bay Packers relationship, but the path seems clear for one more ride to the top of the heap in the NFC North. The Packers are coming off back-to-back 13-3 seasons and it’s hard to make a convincing case that either Chicago or Minnesota can knock them off their pedestal.

At first glance, the team seemingly best equipped to challenge Green Bay is the Vikings. Heading into training camp, in fact, one may have tabbed the Vikings as the NFC North’s winner given their addition of resources along the offensive line and the rebuilt defense to go along with the Rodgers-related turmoil in Green Bay. Now, though, that has all been turned on its head.

Rodgers and Green Bay have settled the score, for 2021 at least. Meanwhile, the Vikings recently learned No. 1 tight end Irv Smith, Jr. may be lost for the season and they still haven’t seen their top pick – LT Christian Darrisaw – at full strength. Plus, Anthony Barr appears to be dealing with an injury, and both starting receivers – Justin Jefferson and Adam Thielen – are also dealing with ailments. The sky is not falling in Minnesota, but it’s anything but an ideal start for the Purple.

In Chicago, there is excitement around the quarterback. No, not Andy Dalton. It’s 1st-round pick Justin Fields who has the fan base, and presumably the organization, on the edge of its seat. Chicago has made it clear that they will go with Dalton as the starter to begin the season, but anyone who watched Fields this preseason (and Dalton over the course of the last few seasons) knows it’s only a matter of time before Fields is the guy. The main concern in Chicago is not quarterback and when Fields will be handed the reins. It’s the offensive line. They did not show well in camp or the preseason and all eyes will be on the front five when the season starts. Chicago’s defense figures to be strong as it has been the last decade or so.

There is a renewed sense of optimism in Detroit with a new head coach and changes in the front office to go along with the ushering out of some veterans and the rise of some young talent. But a renewed sense of optimism is nothing new in Detroit…nor is an eventual abundance of disappointment. We’ll give the new regime its time to turn things around make some noise, but there’s no realistic expectation that it will happen in 2021.