The Vikings Trade Down from 14 to 23 (courtesy of the Jets), get their man anyway 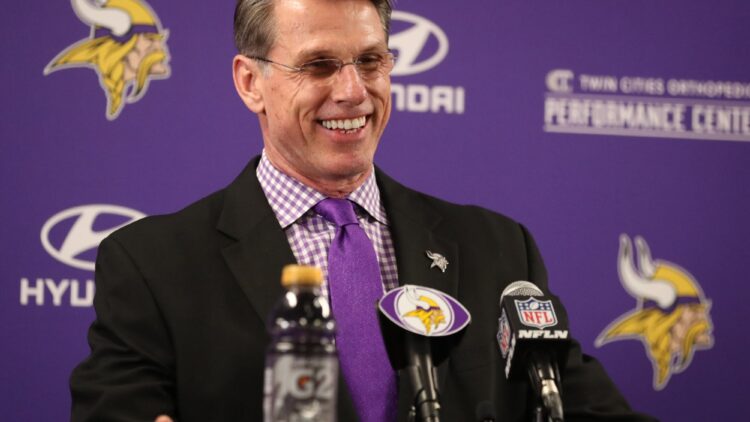 The Minnesota Vikings were originally set to draft at the 14th spot of the first round Thursday night. Instead, despite the fact that two of the top OL prospects fell into their lap in Alijah Vera-Tucker and Christian Darrisaw of Virginia Tech. If you watched the live Draft stream of the first-round you would’ve seen two-thirds of the UFFda! crew absolutely losing their minds over the trade down. However, somehow, someway, mostly courtesy of the Las Vegas Raiders, the Vikings got their man at 23 and gained picks 66, and 86 (while giving up 143).

That positions the Vikings well for Day 2, whether or not they want to trade into the second round or not, to add more offensive line help and also shore up the edge. That’s amazing, considering the amount of variables that went into landing Darrisaw nearly 10 picks later.

Darrisaw, according to PFF, earned the highest grade of any offensive tackle in the Power 5 in 2020. According to PFF “there wasn’t a single blip on his radar from start to finish. He’s such a powerful 315-pounder and allowed all of six pressures over the ENTIRE season. More importantly, he didn’t allow a single sack OR Hit”

That’s huge. It’s nearly impossible to state how big this is for a Vikings team that was and still is in desperate need for pass blocking help for veteran quarterback Kirk Cousins. This creates an on-paper line that starts with Darrisaw at left tackle, question mark at left guard, Garrett Bradbury at Center, Ezra Cleveland at right guard, and Brian O’Neill at right guard.

Mike Zimmer on the #Vikings pick of Christian Darrisaw, via KFAN: "He's got great size, he's a very athletic. He moves very well. He gave up zero sacks last year and fits well in our zone scheme."

With time, this Vikings offense could become one of the top units in the entire NFL. Let’s hope that they continue to add to the line tomorrow and Day 3. Stay tuned to all of the UFFda! Sports sites for ALL our NFL Draft Coverage!