The Vikings Should Pursue Von Miller in 5 Months 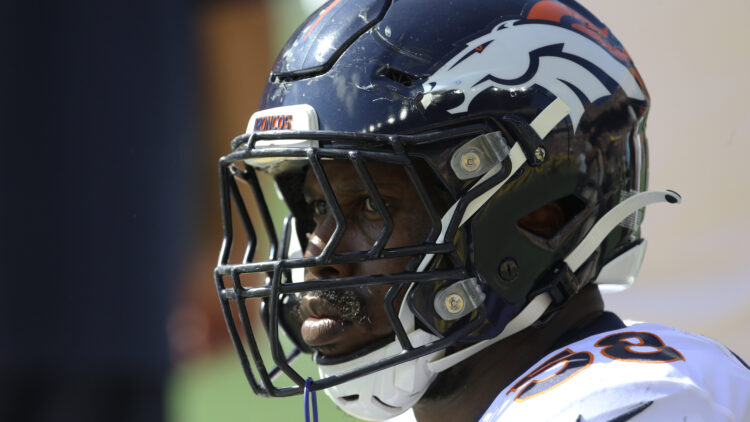 The Minnesota Vikings might get on a nice little run and finish the 2021 season gloriously. They could also fall victim to the NFL’s most difficult remaining schedule from Weeks 8 to 18.

Or Minnesota could end up somewhere in between. The remainder of the season depends solely on how consistently the offense and defense play in unison. Too often in 2021, the defense will play well while the offense sputters. And then vice versa on some Sunday afternoons.

If the Vikings get to a spot in which they either “run it back” in 2022 — meaning the team would have made a deep playoff run, enabling head coach Mike Zimmer’s employment in 2022 — or if they hire a new head coach to lead a relatively similar roster in 2022, signing Von Miller should be a priority in the 2022 offseason.

Miller, who will be 33 around the next free agency period, is contractually free from the Denver Broncos when this year ends. And if you’ve watched any Broncos football in the last four weeks, there is a reasonable chance Denver finds a new coach and quarterback for the 2022 season, reconstructing the squad in a fashion preferred by new general manager George Paton. He basically inherited the Vic Fangio coaching staff with Drew Lock at quarterback and has allowed a one-year trial. It isn’t fruitful — even with the addition of Teddy Bridgewater.

The situation in Denver is grim after the team sprinted to a 3-0 start on the backbone of an incredibly favorable schedule to start 2021. Bridgewater and friends have lost four consecutive games, looking incompetent while doing so. Denver’s roster is stacked, so the win-loss output from the last month is especially embarrassing.

These breadcrumbs indicate the possible end of the Von Miller era in Colorado. He’ll want to be paid handsomely during his second act — consider it a lifetime achievement award — and the Vikings should crunch the numbers. Unless he’s an outlier personality, Miller will likely want to play for a contender — which the Vikings could be with a new coach and similar roster in 2022 if no full Minnesota rebuild is on the agenda. Also remember, Zimmer could return if the Vikings make a deep playoff push. Despite lousy losses to the Cincinnati Bengals and Arizona Cardinals, it is not impossible for that to occur.

The Vikings will have to sort out the 2022 salary cap in a few months. Kirk Cousins is scheduled to carry a mammoth $45 million cap hit, and Danielle Hunter’s is $26 million. Both men, at their current rate of production, are on tap for extensions, which would ease pain on the 2022 cap. What’s more, the Vikings front office always finds a way to manipulate cap magic. Thanks, Rob Brzezinski.

The money can be massaged. The sales pitch for Miller will need to be intense. Many teams will seek his services as one of the best pass rushers in the history of the NFL is sure to command ample attention in free agency.

Never forget the time Miller threw up the “skol” chant:

There’s that. He did it in Eagan, Minnesota — a good omen for Miller-to-Vikings. Plus, there was the time (in the same week as the skol chant) when Miller vociferously praised Vikings right tackle Brian O’Neill:

All in all, Miller seems to like the Vikings.

Under the pretense the Vikings find a way to retain Danielle Hunter, a Hunter-Miller combo would be equally as ferocious as it is enticing for branding. Hunter and Miller on the marquee will sell tickets and merchandise while producing on-the-field results.

The best way to see Miller in Minny to fruition? More Vikings wins in the here and now. The more Minnesota wins in the final 11 games of this season, the more alluring the destination becomes.

The $45 million question is whether Zimmer leads the team well enough to see another season. But whether it’s him or the next person, the Vikings roster should be equipped to compete in 2022, too.

Von Miller on the 2022 roster would enhance the franchise and bring some sack-heavy spice.