The Vikings Odds to Land Odell Beckham via Free Agency 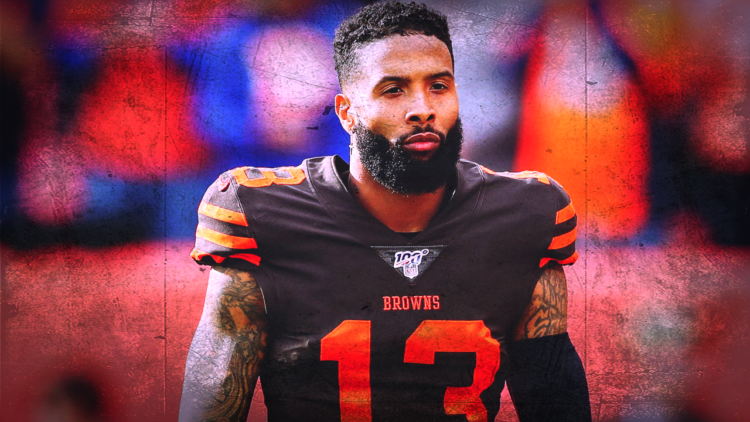 Odell Beckham will be a free man shortly, unaffiliated with the Cleveland Browns and a free agent for the first time in his career.

His relationship with the Browns soured in 2021, culminating with his father posting videos that illuminated, what he considered to be, Baker Mayfield’s shortcomings. Naturally, that was not a good look on Beckham’s future with the team, and now the saga climaxed with his release.

Beckham will likely land on a contending team — with a good quarterback — to finish the season and then reevaluate his long-term future next spring, seeking a multi-year contract.

And that means the “where’s he gonna go” chatter is here. Hell, it arrived when Beckham’s dad posted the video earlier in the week.

Interestingly, the Green Bay Packers are in the same mathematical spot as the Vikings. On the waiver wire, Minnesota will have priority dibs to grab Beckham over Green Bay. If they did so, it might be just to prevent the Packers from signing him.

The working theory is Beckham will join a Super Bowl-contending football team. That is not the Vikings right now. Minnesota is a candidate to maybe turn its season around and make a push toward the postseason, not outright win the Super Bowl.

In that sense, Beckham to the Vikings is a longshot. Had Minnesota trounced the Dallas Cowboys on Halloween, propelling them to a 4-3 record by Week 9, sure, then it adds up. Instead, the Vikings lost Danielle Hunter, the game, and their pride. They’ll hope to rectify the 2021 season with a win in Baltimore this Sunday — not an easy assignment.

Truth be told. Beckham to the Ravens is actually the sensible storyline to monitor. Lamar Jackson has salivated for a true-blue WR1 for a few years. Amid a playoff push, Beckham could be that for Jackson and the Ravens.

To be sure, it fits in with Vikings fans’ cynicism that Beckham would sign with Minnesota’s opponent a couple of days before the Vikings meet them. It probably won’t ultimately occur — 31 teams are vying for Beckham — but the theory is entertaining.

Beckham attended LSU — the same school as Vikings wideout Justin Jefferson. It’s also where Patrick Peterson played in college over a decade ago. Those ties are tangible, but it just doesn’t seem like a fit for Beckham to land with a team that’s underwater for wins and losses at the moment.

However, if general manager Rick Spielman does want Beckham with white horns on his helmet for 10 games, the Vikings are in a generous spot for the waiver wire. Their losing record gives them more priority than winning teams.

In the end, though, Beckham will probably sign somewhere outside of the NFC North.