The Vikings Most Benchable Player from a National View 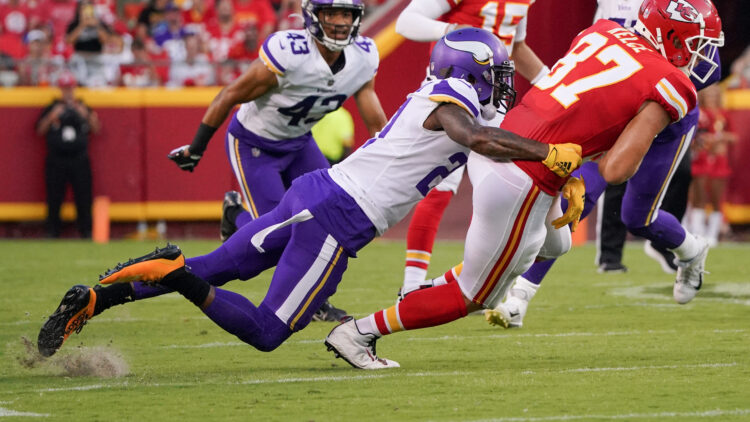 The 2021 NFL season isn’t very old, but that doesn’t stop the national machine of public opinion from identifying underwhelming players.

For instance, Bleacher Report authored an article on Wednesday detailing one player per team who should visit the bench for a while. Players like Devin Singletary from the Buffalo Bills and Ben Roethlisberger on the Pittsburgh Steelers popped up as benchable dudes through three weeks. 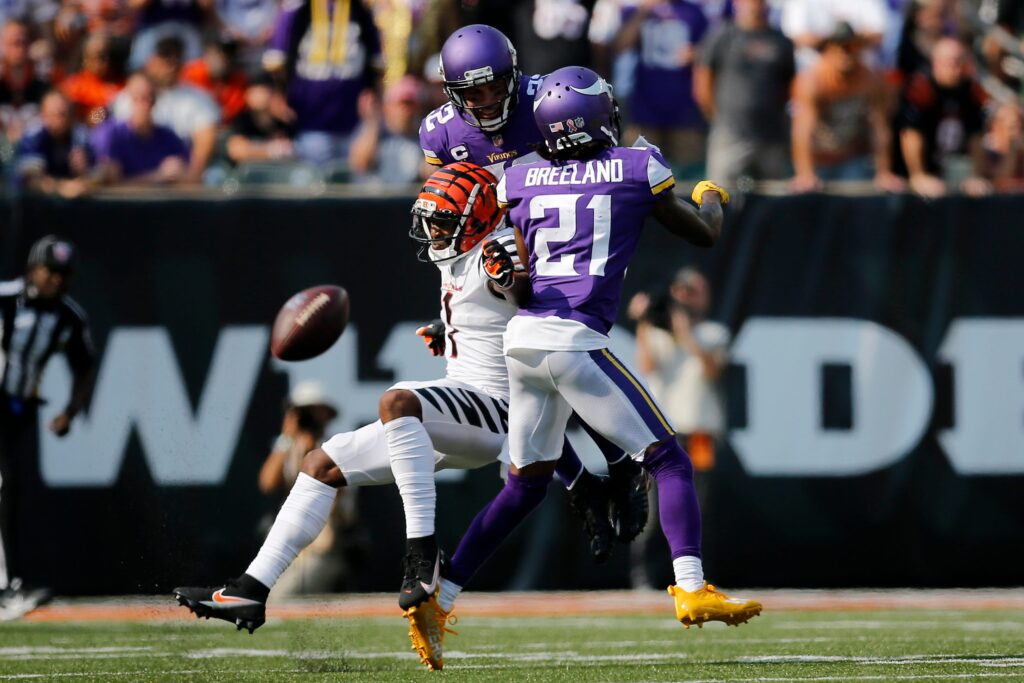 Breeland was signed by the Vikings in early June amid a free-agent signing flurry by Vikings general manager Rick Spielman this offseason Almost down the line, Spielman added new defensive personnel with the sole exception of Dede Westbrook who returns punts for the team.

The summer excitement about Breeland was real. He looked good. But he isn’t too productive inside the first 18% of the 2021 season for Minnesota. Opposing teams are laser-focusing on the ex-Kansas City Chief – and it’s working.

Opponents complete 75.8% of passes on the Vikings.

That ranks last in the NFL thru 3 weeks.

And ultimately, a porous secondary leads to stats like this:

The Vikings are surrendering 6.8 yards per play.

This is 2nd-to-worst in the NFL at the moment.

On the prospect of benching Breeland – presumably in favor of the embattled Cameron Dantzler – BR’s Alex Kay noted:

“Bashaud Breeland signed with the Minnesota Vikings this offseason to provide cornerback depth. He’s since been put into the starting lineup and has struggled to produce at a high level. The 29-year-old has earned a pitiful 30.4 PFF grade for his three dismal performances to start 2021. Breeland had his worst game yet in Week 3. He was torched by Seattle’s wideouts, allowing all eight of his targets to be caught for 87 yards and a touchdown while missing three tackles. It’s rather puzzling that Breeland is still starting while Cam Dantzler—a serviceable starter last season—is yet to see a defensive snap since the opener. Dantzler seems to be in Zimmer’s dog house, though. Regardless, it should be a priority to mend fences and get the second-year cornerback in the starting lineup before Breeland costs Minnesota a chance to make the playoffs.”

While it’s true Breeland’s shortcomings – if they continue – could indeed dampen the Vikings postseason hopes, it is severely unlikely the Vikings coaching staff doesn’t recognize the fallout of his performance. They’re probably waiting for him to “settle in” or “turn the corner.” Head coach Mike Zimmer is a defensive mogul, so he will not allow one of the NFL’s worst cornerbacks to trot on the field for 17 consecutive weeks. Zimmer will either fix Breeland – or insert someone like Dantzler. In that vein, Bleacher Report is correct. Breeland, through three games, doesn’t deserve to start. But this is sports – sometimes productivity takes a bit to get cracking. Ask the 1-2 Chiefs about it.

So, Clemson alumnus will “figure it out” in the next few weeks. Or he’ll effectuate Alex Kay’s recommendation, tumbling to a backup role on the depth chart.

Zimmer is a cornerback obsessionist, meaning he won’t remain idle. Minnesota added depth to the cornerback room throughout the spring and summer for this very reason.