The Man Who Almost Saved the Day for the Vikings 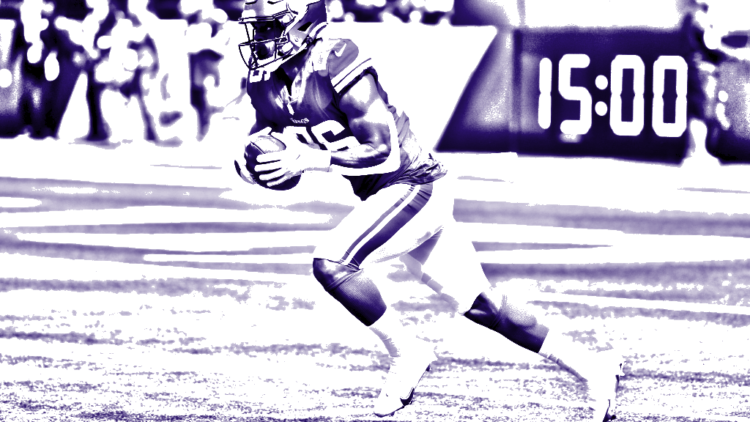 Five years. That was the drought.

No Minnesota Vikings kick returner returned a kick for a touchdown since November 20, 2016 – until Sunday.

On that day five years ago, the paydirt was registered [unsurprisingly] by Cordarrelle Patterson in a win over the Arizona Cardinals. Patterson was famous for rip-roaring, game-changing plays on special teams for the Vikings, and his trend has continued since leaving the team after the 2016 season. Hell, he’s somehow the bellcow running back for the Atlanta Falcons in 2021. Minnesota drafted him to play wide receiver. Madness.

Kick returns from 2017 up until yesterday had a soporific effect on fans. Returns were futile. Vikings returners would either watch the ball sail through the back of the endzone – or return the pigskin and do something dumb with it.

Then, this happened, courtesy of rookie speedster Kene Nwangwu:

Soon after, Nwangwu pulled this rabbit out of his purple hat.

The Vikings must’ve won with all of this serendipitous special teams prosperity, right? Nope.

Minnesota lost 34-31 to the Baltimore Ravens in Week 9, despite holding a 17-3 lead early on. It was vintage Vikings, collapsing on an important stage with the inevitably of a loss visible from several miles away. This brand of Vikings – for some reason – executes playcalling seemingly not to lose, and that rubbish does not work against the man who won the 2019 NFL MVP award, Lamar Jackson. Playoff teams cannot be defeated with milquetoast offense just because the visiting team has a little lead. It will flat-out burn the beholder, and that’s precisely what occurred to Zimmer’s Vikings in Week 9. Zimmer apparently thought hopping out to a 14-point lead over Baltimore was satisfying. It was not, and now Minnesota has a 3-5 record in a pivotal year for the head coach’s employment and the franchise’s foundation.

Nwangwu did his damndest to disallow the meltdown – twice. His return touchdown happened at the beginning of the 2nd Half, and no better way exists than to start a half like that. The fake-punt conversion was a perk, another hammer in Nwangwu’s toolbox the team can possibly use when Minnesota is in the mood to close out winning teams.

They were not in that mood on Sunday, though. And they haven’t been keen on winning one-score games in 2021. Here’s the cold, hard truth:

The Vikings have faced three teams with losing records at the moment. They won all three of those games.

The Vikings have faced five teams with winning records at the moment. Unfortunately, they lost all five of those games.

It’s frustrating because these Vikings should be defeating the good teams (Bengals, Cardinals, Ravens) and losing to the bad ones (Lions, Panthers).

Sunday’s game was so unusual for Minnesota because a lot of good stuff happened. The Nwangwu touchdown ended a long drought. Rookie Camryn Bynum forced a turnover that should’ve been a tide-turner. And Anthony Barr made a circus play in overtime that felt like a deal-sealer.

No bones. Instead, the stats like this seep in:

Park no blame for the loss or weird statistics at Nwangwu’s doorstep. He did exactly what is needed from a rookie – or anybody – to win a football game. The rest of the team regrettably disagreed.

Also Read: 3 Men Who Could Replace Zimmer This Season if Vikings Move On