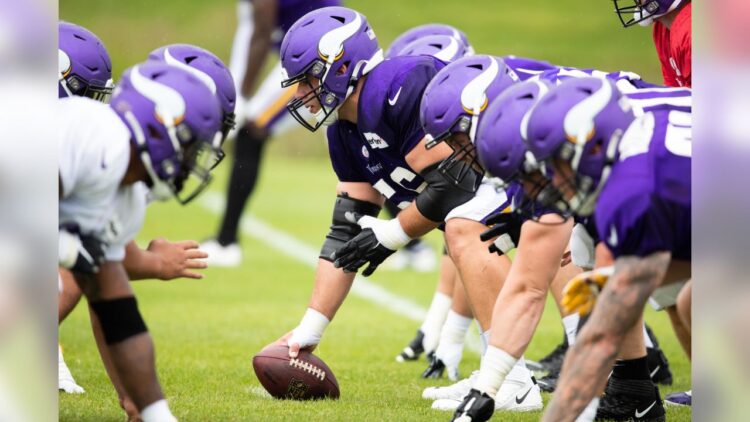 Stop me if you’ve heard this before.

A hyper talented team, with the best position-by-position roster (with some notable exceptions) in the league, brings in a Big Ten quarterback to get the team over the hump to win the Super Bowl.

The Tampa Bay Buccaneers are that team, as they dominated the favored Kansas City Chiefs in Super Bowl LV for their second Super Bowl victory this century.

The Minnesota Vikings were that team after the 2017 season. After they were destroyed in the NFC Championship game, they decided to change how NFL/quarterback contracts were done forever by signing the biggest free agent in NFL history in Kirk Cousins.

So, after watching Tom Brady win his 7th ring during his first season in Florida, the question for Vikings fans is why did it work for Tampa and not for Minnesota?

I think the answer is simple. It’s two words and it rhymes with Bike Trimmer. During half-time, instead of watching the Weeknd do his thing I decided to vent about what basically every playoff team has/had in common, a good or great offensive line.

In the NFC, for example, five of the seven playoff teams had a top EIGHT offensive line (according to Pro Football Focus). That’s not a coincidence, nor is it a coincidence that Brady was able to carve up the Chiefs defense because of the time allotted to him by the Bucs line.

In Minnesota? People blame Kirk Cousins for not being mobile enough to compensate for the 29th-ranked offensive line in 2020. That’s a step down from the 27th-ranked units in his first two seasons in Purple.

We blamed former Vikings offensive coordinator turned NFL Coach of the Year; Kevin Stefanski, for not running a rollout or bootleg on every passing down in 2019.

In other markets? Teams understand that you simply can’t be successful in today’s NFL without a good offensive line. It’s really that simple.

That’s why Stefanski worked feverishly in his first off-season in Cleveland to build the leagues best unit upfront. That’s why Tony Romo gave most of the credit to the Bucs Super Bowl win on Tampa’s ability to win in the trenches.

Back in Minnesota we pretend that we just need a more mobile quarterback, or that the obvious trade off to having a zone blocking scheme is having zero pass protection.

So, why are we still looking at Zimmer as anything but someone who has an eye for defensive talent but not much else? The line got WORSE in 2020, and we all thought Ezra Cleveland was this catalyst on a line when he ended up ranked as the 37th right guard in terms of pressure allowed simply because he was an improvement over Dru Samia.

It’s clear that Zimmer has no interest or understanding as to how to build an offensive line in today’s NFL. How many times do we have to see the same product, with less and less of a rate of return, before we question why we’re employing the master of mediocrity?

The Vikings are STACKED on offense outside of the most important aspect. You’d think that any quarterback would LOVE to throw the ball to Justin Jefferson or Adam Thielen, or hand the ball off to Dalvin Cook.

Yet it’s been reported by many that DeShaun Watson wouldn’t waive his no trade clause to come to Minnesota. Zimmer apologists will say it’s because of the Vikings’ run first philosophy, but the Vikings ran the ball (as a percentage) as the Green Bay Packers and that benefitted Aaron Rodgers’ career (despite only having one reliable target to pass to)).

How many canaries have to spontaneously combust before people stop defending Zimmer because he’s been handed everything he or any coach would want (new stadium, new facility in Eagan, every dime, every draft pick, changing how contracts work for a QB, etc.) and turned it into getting embarrassed in the playoffs every other year?

But yeah… NEXT year is his year!

Because we all know that the eighth year is the year that most coaches learn from their glaring and obvious and continuous mistakes!

Meanwhile, Brady just won his seventh ring because of the offensive and defensive lines of the Buccaneers. That’s something that the Vikings won’t do as long as Zimmer is in town. He’s shown zero interest in learning from the limitations he’s codified, and at this point it’s laughable that we expect anything but the exact same outcome from the exact same process.

But… but, but… Bieniemy!

No up-and-coming coach wants to come here. That’s why Zimmer reportedly wants an “older” offensive coordinator (if they don’t just promote Klint Kubiak). That wasn’t a choice, it was a forced parameter disguised as a choice. That’s like saying you wanted to buy a used mini-van because your credit score is 500. You kinda had to take what you could get, despite what that Facebook post about your “dope new ride” says.

So, let’s be realistic here. People get so caught up in Nextgen stats or position-by-position analysis that they ignore the obvious. Football isn’t that complicated. Or rather, it isn’t that hard to identify why bad teams are bad.

You can read my half-time rant, here, if you want me to explain the common denominator between the playoff teams and the teams like the Vikings.

Why the Super Bowl should (further) depress Minnesota Vikings fans

To be honest? Cousins deserves a ton of credit for bringing the 27th ranked O-line to the Divisional Round of the playoffs in 2019. That doesn’t just happen, and is a testament as to how good this team COULD still be in the right hands.

But right now we’re seemingly so far away from a change of hands that it’s hard to pretend that the Draft or free agency will do anything but produce the same results. I mean, this is a team that outplayed the Bucs at home this season and lost.

If that doesn’t sum all of this up? I don’t know what else to tell you.