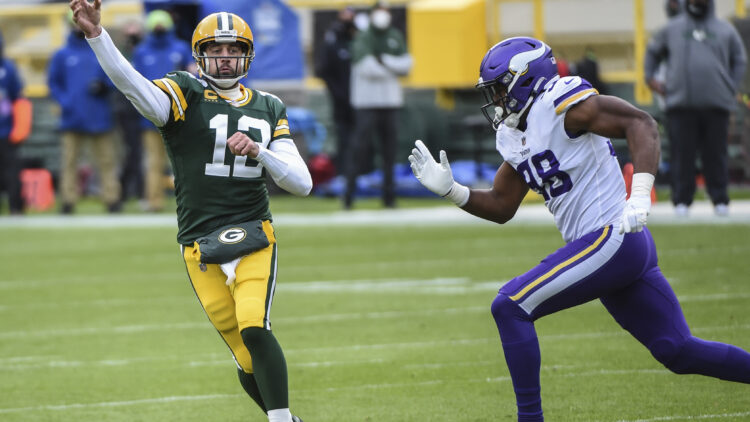 Banking your hopes on the Minnesota Vikings turning around a 2-3 season into a playoff trip?

That’s fine – but you better be prepared for the team to slay a deadly batch of opponents along the way.

Per wins and losses after Week 5, the Vikings own the NFL’s toughest schedule remaining. Indeed, that moniker could change from week to week depending on teams’ performance in a given week. But the upcoming slate of 12 opponents is gruesome no matter how it is analyzed.

Here’s the receipt from Tankathon.com:

In the flesh, there it is – it gets no more challenging for any other team in the business than the Vikings the rest of the way.

And the opponents are formidable throughout. In fact, based on current levels of reputation and progress, six teams on the Vikings schedule are true-blue Super Bowl contenders.

On Halloween, Minnesota hosts Dallas, a team suddenly good now that the defense isn’t foolish. Dak Prescott is authoring a marvelous comeback year, and halfback Ezekiel Elliott is returning to form after a forgettable 2020. Their receiving weapons are lethal while head coach Mike McCarthy – you should know all about him – has led Dallas to a 4-1 record through five games. And the only loss on their ledger is to the Super Bowl champion Tampa Bay Buccaneers. Who among us hasn’t fallen at the feet of King Brady?

Then, the Vikings travel to Baltimore for a date with reinvigorated MVP candidate Lamar Jackson. The Ravens dual-threat quarterback showcased a game for the ages in Week 5, upending the confusing Indianapolis Colts on Monday Night Football in comeback fashion. Jackson’s numbers were so individually gaudy, the MVP whispers that would’ve been laughable two weeks ago – now aren’t so silly. Moreover, under Mike Zimmer, the Vikings have a documented problem with mobile quarterbacks – and Jackson is as mobile as a Maserati.

It doesn’t get any easier for Murderer’s Row. The Vikings jaunt to Los Angeles in Week 10 to play the Chargers. Yay. The team that just defeated the Cleveland Browns (Stefanski’s bunch that recently topped the Vikings) will host the Vikings. Signal-caller Justin Herbert is playing manically (in a good way) in 2021, proving his rookie campaign was not sheer luck. Herbert is here to stay, and the Chargers defense is decent, too. All in all, Los Angeles is 4-1, just like Cowboys.

Minnesota is not allowed to escape Green Bay either. The Vikings will take on the Packers twice down the stretch of 2021. In a typical season, “just getting a split” with Green Bay is acceptable. If the Vikings drop games to these other Super Bowl contenders, they might have to down the Packers twice. Good luck. Aaron Rodgers’ men keep finding serendipitous ways to win – even when the opposition probably should’ve daggered the cheese team. See: 49ers game and Bengals game.

Should you be convinced that fivesome of games isn’t too terrifying, let us introduce you to the upstart Los Angeles Rams, who will enter U.S. Bank Stadium the day after Christmas. Perhaps a win over Sean McVay’s team can be your Christmas present. You never know – the Vikings could be fully jelled by then, taking on all comers with no fear whatsoever. Or – they could be closer 4-10, staring at structural change to the organization in a matter of weeks at that point. The NFL is unpredictable.

The only easy games as of now are the Detroit Lions one more time on the road, the Chicago Bears (one or both of the games will be a dogfight), and the Pittsburgh Steelers at home.

The Vikings can conduct an about-face to this season, but they must do so against the NFL’s hardest schedule per wins and losses on October 12.

At least they will have deserved a postseason appearance if they can pull it off.