Mike Zimmer took it personally. Having the 29th ranked defense overall did not sit well with the Vikings head coach or the front office. Not only did the Vikings draft very well this off-season, they picked up some elite veterans on defense that will not only propel the Vikings back to their usual level on the defensive side of the ball but a potential run at a championship.

The Vikings were 25th or less in pass defense and run defense. Something Vikings fans are not used to at all. Usually, it’s the defense that keeps us in games and the offense is struggling to move the ball. Last season, however, it was the total opposite. Last season, after a 1-5 start, it was the Vikings offense that led the way for the team to make a late playoff push with almost 28 points a game. The Viking’s offense last year was 4th in total yards and 6th in total touchdowns. Kirk Cousins had a very good season behind the 26th ranked offensive line. For years that unit has been criticized and many feel it is the sole reason for the Vikings not being able to make deep runs in the post-season.

Reinforcements in the Trenches

The main focus for Minnesota this offseason was going to be shoring up the lines of scrimmage and making sure both sides of the line were ready to dominate this upcoming season.

The Vikings defense was ravaged by injuries last year, when you lose an All-Pro level edge rusher for the entire season it can derail your whole defense. Not only did the Vikings lose Danielle Hunter, Anthony Barr only played 2 games, Michael Pierce, our free-agent signing last offseason opted out. Couple this with 2 rookies starting at cornerback and Anthony Harris regressing massively this was a recipe for disaster.

The Vikings defensive line looks completely brand new and so much better than it did last season. Danielle Hunter has restructured his contract and will be back after a year out. Michael Pierce is back and ready to line up in the middle of that defensive line along with free-agent acquisition Dalvin Tomlinson. With the news breaking that the Vikings have also added Sheldon Richardson to that line, the Vikings boast one of the best if not the best defensive line group in the entire league.

Some of the biggest questions going into the new season will be similar to those of the last few seasons, how well can the offensive line hold up? Can they give Kirk Cousins enough time to operate? The Vikings seemed to have addressed that unit adequately during the draft, although they didn’t manage to secure one of the elite free-agent linemen available, they have upgraded at the positions. Christian Darrisaw was one of the top 3 highest rated tackles coming out of the draft and the Vikings got him in the first round. They then went and drafted guard Wyatt Davis in the 3rd round and he looks to be very capable of starting in either guard position. Ezra Cleveland had a respectable rookie year and the Vikings will be hoping he can take a leap in his 2nd year and will also hope Brian O’Neill continues playing the way he has been. That leaves the center, Garrett Bradbury. Bradbury has been below par to say the very least. His 5.1% pressure rate allowed ranked 34th out of 36 qualifying centers. That being said, Bradbury is quite good in terms of run blocking and his speed and athleticism are quite useful in screen plays and getting out in space to make blocks down the field.

The Vikings have improved tremendously on both lines, the Vikings are in a position where they can bully teams and move guys around to open a lot of options both on offense and cause problems on defense. You can be sure no one will run for 6 touchdowns against the Vikings again.

Mike Zimmer was not going to go into another season that thin at the cornerback position.  Last season was an anomaly. We lost 3 starting cornerbacks and failed to replace them, along with injuries to players like Mike Hughes, Kris Boyd and Holton Hill. This made things even more difficult for the Vikings. A group that was already below average ended up looking even worse.

In the first week of free agency, the Vikings picked up Patrick Peterson, a veteran leader at cornerback that has a point to prove and can get back to his pro-bowl level under Mike Zimmer.  Mackensie Alexander returns and will likely be the starter in the slot. It doesn’t stop there; the Vikings had made a total of 6 cornerback acquisitions this off-season. The Vikings don’t plan to be caught off guard again in that department.

This year could be crucial for Mike Zimmer, there is absolutely no reason for the Vikings to come up short and not make a deep playoff run this upcoming season. Their entire offense returns with some additions up front and Irv Smith is set to have a breakout year. The defense is healthy with a few fresh faces, the Vikings have everything they need to get to the Super Bowl. 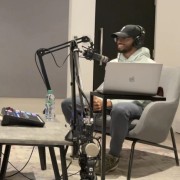 Forget getting to the Super Bowl, I think you need to change your attitude somewhat, its championship or nothing!

With the new additions on both sides of the ball we should be fun to watch, we are the new bullies on block.

Injuries will be the X factor, stay injury free and expect a great year, get a third starting #3 receiver and it is game on

It’s time! The Vikings are the most maligned team in NFL history since they began in 1960. Nobody respects this franchise, not even some Viking fans. Purple Charlie Brown, that’s what I’ve heard. That MUST stop. It got to be our year. I’m sick of all that sniggering when I tell people I’m a Vikings fan. Almost 55 years I’ve held my ground. We need a TROPHY!!!!!!

It’s June. Things look good on paper. I remember Daniel Synder throwing together these teams peppered with high dollar free agents that would have made a great madden team, 10 years prior. Looked scary on paper. Let’s see where training camp goes. With caution. It is the vikings.