Stefon Diggs to the Patriots? 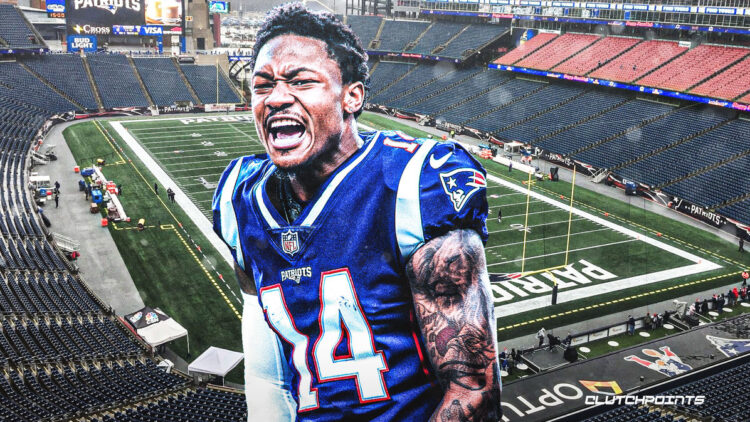 The Minnesota Vikings never expected or wanted to trade Buffalo Bills receiver Stefon Diggs. While Diggs was becoming an increasing headache for Minny, he was simply too talented and too important to the offense to trade away. After all, rarely do NFL trades, especially those for draft picks, end up as a win-win for both teams.

We all know the overview of the story as to how the Vikings ended up trading Diggs. The Bills offered something the Vikings couldn’t turn down. But apparently there’s another wrinkle to that story, per NFL Network’s Ian Rapoport.

Buffalo wasn’t alone in the Diggs trade game as the New England Patriots also inquired about a trade for Diggs and had the chance to match or exceed what the Bills offered.

“Sources say that when the Minnesota Vikings were poised to deal star receiver Stefon Diggs on March 16 in a blockbuster trade that included a first-round pick, it was the Bills and New England Patriots as the two final suitors.

Before Minnesota received four picks — including a first-round pick — from Buffalo for the playmaker, the Vikings called New England to give them a chance to match or improve the offer. When Bill Belichick and the Patriots declined, Diggs was off to the Bills.”

Rapoport breaks down the timeline of the trade, one that was done incredibly fast.

“In fact, when teams called at the trade deadline, they flat out turned offers down (including from the Bills). Then, at 2:46 p.m. on March 16, Diggs tweeted: “It’s time for a new beginning.” And teams began calling.

Minnesota never intended to trade him, but had a number in mind of what it would take if it did. At about 3 p.m., offers came in.

A few hours later, Minnesota determined the offer from the Bills was the best. Minnesota checked with New England, which wouldn’t match. The lack of weapons for quarterback Cam Newton was an issue all season for the Pats.

And about 9 p.m., a deal was struck. Incredibly fast for a trade.”

As we all now know, the trade ended up working out famously for both the Vikings and the Bills, as the Vikings flipped the first-round pick for one of the best wide receivers in the NFL Justin Jefferson.

Diggs, meanwhile, got everything he wanted with the Bills offense running primarily through him and to a much lesser extent the Bills being a game away from the Super Bowl.