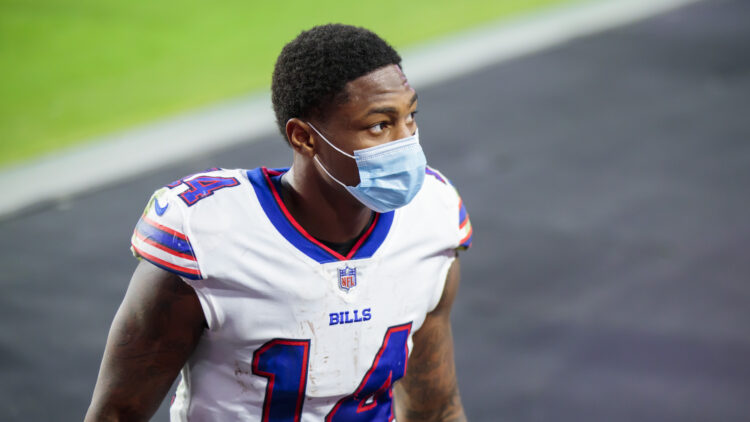 When Stefon Diggs departed the Minnesota Vikings in the spring of 2020, tall tales circulated about the reasoning behind his alleged disgruntlement.

Folks who “sided with Diggs” and thus blamed the Vikings organization for causing Diggs’ discontentment were stuffed to the gills with theories. Some felt head coach Mike Zimmer was a stubborn curmudgeon who bullied Diggs out of Minneapolis because of “toxic culture.” Others chided quarterback Kirk Cousins for “not getting Diggs the ball enough” as the catalyst to the trade.

Indeed, Diggs tweets bizarre song lyrics for months, implying his frustration about employment with the Vikings. In the end, it worked — if that was his strategy. Diggs was sent to the Buffalo Bills for [what turned out to be] Justin Jefferson, Kenny Willekes, Camryn Bynum, Janarius Robinson, and Zach Davidson. Buffalo was a magnificent destination for Diggs as the 27-year-old led the NFL in receiving yards last season. Jefferson countered by setting an NFL rookie record for receiving yards (1,400). The trade was one of the few in sports that truly benefitted both teams.

This week, Diggs offered more clarity than ever on his situation in Minnesota. He lamented his actions near the end of his Vikings career, calling himself a “bad teammate.” But as responsible adults do, Diggs learned from his shortcomings, culminating in a Captain’s badge this year with the Bills. Diggs elaborated on the Minnesota fallout to Spectrum News Buffalo:

“Coming from my old team – I hate talking about old stuff – but up to me wanting to leave and wanting to go to another place, I was a great teammate. It wasn’t until I wanted to do something else is when I became a bad teammate. So as far as when things aren’t going good, you know, it’s all good until it’s not good. So for me, even then, I always tried to play with a chip on my shoulder and lead my team the best way I know how. Coming here I had a fresh start. It was fair for people to make their assumptions or their assessments from the outside looking in. That’s fair. I just look at it as in, when I get there I’ll show them who I am and we’ll go from there. As far as my new chapter with my new team, things are going pretty good and trying to keep it that way.”

And that’s maturity. Most Vikings fans wish Diggs the best and openly cheered for him during Buffalo’s loss to the Kansas City Chiefs in the 2020 AFC Championship. That positive sentiment will only increase as Diggs develops into a household name — a name accompanied by a contemplative, thoughtful, and wholesome personality.

While there was probably truth to the notion Diggs was unhappy with the amount Minnesota ran the football in 2019, his exodus was not the direct result of a prickly Zimmer personality or unruly Kirk Cousins as the rumor mill defiantly proclaimed. Diggs needed a change of scenery to a team that passed the football to the utmost. He got it — and the Vikings netted Justin Jefferson. It’s how business should be conducted, sans the salacious, unproven falsehoods about other individuals single-handedly causing turmoil.

In the end, Diggs was unhappy in the 2019 season, skipped practice accordingly, got fined, and was traded six months later. He now realizes in retrospect it wasn’t the most professional way to handle one’s affairs.

Onward for all parties.