So, What Happened To The Vikings Offense? 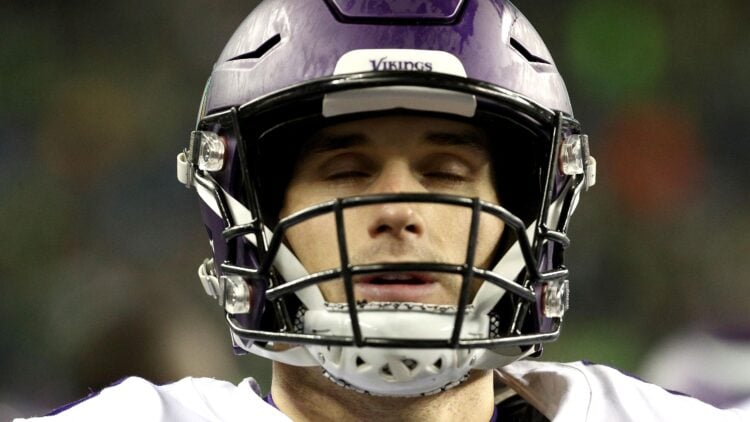 After averaging 29 points and 425 yards per game this season, the Minnesota Vikings’ (1-3) went into Sunday’s game against the Cleveland Browns (3-1) expecting a shootout. Instead, the offense sputtered its way to a seven-point, 255 performance and lost 14-7. With how good they’ve played this season, it was a disappointment to see Kirk Cousins and the rest of the offense waste the best defensive performance of the season. The Vikings will have to fix their mistakes if they have any hope of getting back to .500 before their week-seven bye.

It appeared as though the Vikings were going to have a leisurely afternoon, as they opened Sunday’s game with a 14-play, 75-yard touchdown drive concluding with a touchdown pass to Justin Jefferson. It was the third-straight game that Minnesota scored a touchdown on their opening drive. However, that would be the last time that the Vikings would score in the game.

One of the main issues on Sunday was the Vikings’ inability to hold the ball. After their 7:34 opening possession, Minnesota was out-possessed 35:32 to 16:54 and went three-and-out five times. This allowed Cleveland’s defense to stay fresh the entire afternoon and kept the Vikings’ offense out of sync. Minnesota also struggled to move the chains, as they were 5-for-16 on third down and 1-for-3 on fourth down. In their three losses this season, the Vikings went 13-for-42 (30.9%) on third down. Minnesota was also flagged seven times for 42 yards and lost the turnover battle after Kirk Cousins threw his first interception of the season late in the 4th quarter.

Most of these issues were caused by (you guessed it) the offensive line. Despite looking like an improved unit over the last few weeks, the Vikings gave up two sacks, and 22 total pressures, 16 of which came when facing only four rushers. Minnesota had the worst pass block win rate of the 28 teams that played on Sunday afternoon. The offensive line also failed to generate pushback in the running game, as the Vikings rushed for a season-low 65 yards on 23 attempts (2.8 yards/attempt).

Despite a poor showing from Minnesota’s offense, they still had their chances in the game. While still up 7-0, the Vikings marched down the field in the second quarter and had a 4th-and-6 from the Cleveland 36 yard line. Instead of attempting a 53-yard field goal, Zimmer decided to go for it and failed to convert, missing an opportunity to go up by two scores.  Later in the game, Kirk Cousins missed a touchdown when he tucked the ball instead of throwing to a wide-open K.J. Osborn.

This one will haunt Kirk for a while. He's gotta rip this when he resets his feet for it, but instead he pulls it down. He absolutely had the time to rip this and it was a walk-in touchdown. You can't pull this down man. Pressure's in your head like this, it's over pic.twitter.com/X1EQktnrjG

If this play connected, the Vikings would have taken the lead early in the third quarter and had all of the momentum in the second half. However, Cousins took a sack, and Minnesota was forced to punt the ball away.

Despite the overall poor performance, there was a positive to take away from the loss, the continued emergence of wide receiver K.J. Osborn. Osborn had three catches for 26 yards on Sunday, including this excellent catch on the sideline.

Incredible catch by KJ Osborn on the sideline. Browns challenged, but he got both feet down and the call stands. Osborn is blossoming into a big-time receiver this year. pic.twitter.com/gWoL0GXYve

Osborn was targeted seven times on Sunday – tied with WR Justin Jefferson for the 2nd-most on the team – and added another 10 yards on the ground. If the Vikings have any chance to salvage this season, they’ll need a WR3 to continue to produce alongside Jefferson and Adam Thielen. Osborn has shown flashes of being that consistent option this season and should grow into an even more prominent role as the season goes on.

Kubiak and the offense will need to put in some work this week as the Vikings prepare for the first divisional game next Sunday against the Detroit Lions (0-4), but I expect them to bounce back in a big way against one of the league’s worst defenses. Kirk Cousins is 6-0 against the Lions in his three seasons with the Vikings and has thrown 15 touchdowns compared to just one interception. However, if Minnesota is not able to improve on Sunday’s performance and they somehow lose to the Lions, it may be time to say goodbye to Zimmer.