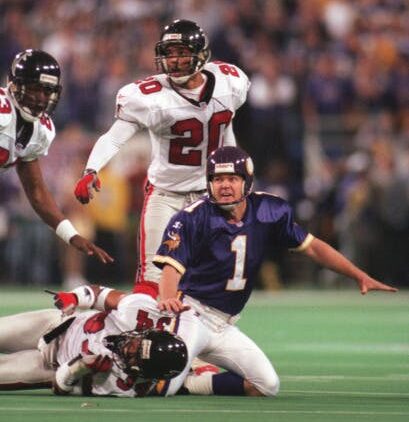 The Nano Column – (You can read it while at a stoplight, during a commercial break or when dropping a deuce.)

1) Green Bay Packers coach Matt LaFleur has joined Vikings Denny Green and Brad Childress in NFC Championship Game infamy for making a late-game blunder that may have cost his team victory. While these blunders might not have crushed a trip to the Super Bowl, it’s a salve for fans to be able to blame somebody for the loss.

With just over two minutes left in the game, and down by eight, LaFleur opted for a field goal on fourth-and-goal from the 8-yard line. The Packers still would have needed a touchdown to win, and that’s where the blunder comes in. LaFleur’s decision will taint this game for many, many years.

Just like Green’s decision to take a knee at the end of regulation to force overtime against the Atlanta Falcons in the 1998 conference title game even though the Vikings had become the NFL’s most prolific scoring offense ever in the regular season.

And just like Childress’ blunder to allow 12 men on the field in the waning moments of the 2009 NFC title game, costing the Vikings a chance to kick a game-winning field goal.

2) Aaron Rodgers says a few things after losing the NFC championship game and suddenly there’s rampant speculation the Packers will trade him in the offseason. It would be absurd to believe that’s possible except any team with a coach who would kick a field goal in the final minutes when down by eight also could do something really stupid — like trading Rodgers.

And if the Packers are willing to part with Rodgers, let’s extinguish any chitchat about the Vikings getting him. Vikings GM Rick Spielman obliterated any chance of anything like that happening when he extended Kirk Cousins’ contract. The Vikings are stuck with Cousins, which means you can forget about Rodgers or Deshaun Watson flinging passes to Adam Thielen and Justin Jefferson.

3) Exactly 11 years after Brett Favre nearly became the NFL story of the year by taking the Vikings to the Super Bowl, Tom Brady cemented being this year’s story of the year by advancing to his 10th Super Bowl. It’s similar to what Favre’s story was shaping up to be: In his first season with a new team, veteran quarterback lifts them to the Super Bowl with a win in a hostile stadium in the NFC Championship Game.

On January 24, 2010, Favre almost beat the Saints in New Orleans. Might have, too, if there hadn’t been 12 men on the field and the Saints hadn’t given us a new term for an NFL version of criminal behavior: Bountygate. Just the other day, on January 24, 2021, Brady beat the Green Bay Packers in a much more fairly played game in Green Bay.

And now, the GOAT will face the future GOAT.

By the way, did you know Patrick Mahomes was in kindergarten when Brady won his first of six Super Bowls back in 2002?

Bob Sansevere is host of the daily BS Show, which also is broadcast on radio stations in Duluth (KDAL), Hibbing (WNMT) and St. Cloud (WBHR).