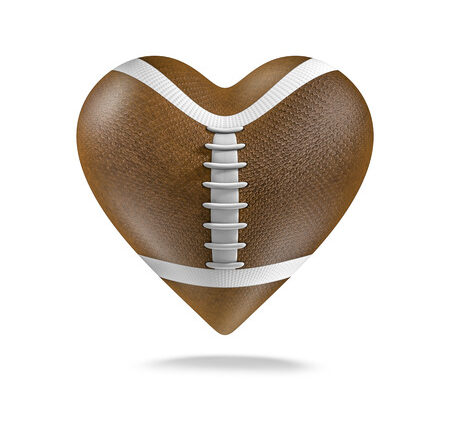 “You gotta have heart. All you really need is heart.” — Lyrics from signature song in “Damn Yankees.”

Ryan Leaf was a can’t miss quarterback drafted second overall by the San Diego Chargers in 1998. Well, he missed.

All were can’t miss college players who sucked in the NFL.

Note: Joe Johnson, owner of VikingsTerritory.com, stops by one of my radio shows (The BS Show) each Monday Morning and his appearance this morning was the impetus for this piece! You can listen to his segment here:

What they fail too often to measure is heart, and you gotta have heart.

Sometimes, like in the case of wide receiver Troy Williamson, the Vikings seventh overall pick in 2005, it helps to have hands that can catch a football.

It also helps to not draft a looney tune, like Dimitrius Underwood, the Vikings’ 29th overall pick in the 1999 draft. Underwood went to the first practice in training camp and then left. Turns out, he had serious mental issues that led to him stabbing himself in the neck, robbing a paraplegic and wandering into traffic more than once.

There’s plenty more Underwood did, but that’s not the point here. This is: NFL teams don’t spend enough time learning what’s between the ears of players and what is in their heart.

Coaches and general managers will never get away from measuring speed, agility, strength, etc., but they also should laser focus on a kid’s competitiveness and how much he wants to play and win in the NFL. Maybe have a Monopoly or tiddlywinks tournament. It doesn’t matter what game they choose if it allows players to show how much they hate to lose.

They need to remember, always remember, you gotta have heart.

Bob Sansevere is host of “The BS Show,” a daily podcast that also is broadcast on radio stations in Duluth (KDAL), Hibbing (WNMT) and St. Cloud (WBHR).