Sansevere: What Superhero would be the best fit for the Vikings? 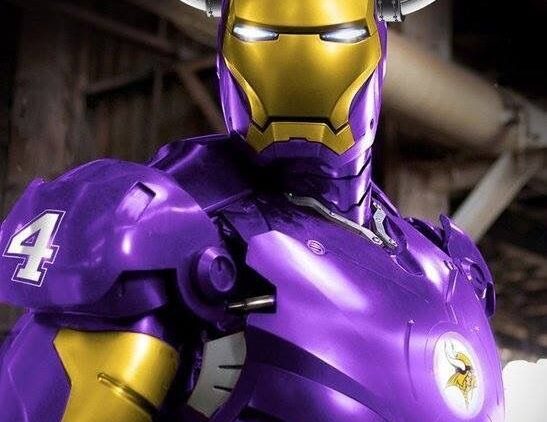 The Nano Column
(You can read it while at a stoplight, during a commercial break or when dropping a deuce.)

Back when John Randle was in the midst of his Hall of Fame career, I asked him, “If you could be any cartoon character, who would you be?”

Randle did not hesitate for a nanosecond.

I asked him why.

“Then I could just stand at the line and use my Inspector Gadget arms to sack the quarterback,” he said.

More on Randle’s pick in a moment, but first …

While watching the new Marvel series “WandaVision” — definitely worth watching — I got to thinking, “The premise of this show is to put two Marvel superheroes in early TV sitcom situations so what if you put superheroes on NFL teams? Who would you want on your team?”

I though about the Vikings and what superhero they needed most.

They’re in good shape at wide receiver, but what if you added The Flash? With his blinding speed, he could go from his own 1-yard line to the opponent’s end zone in way less thank than the blink of an eye. My concern with The Flash is, I don’t trust his hands. He’s got quick feet, but there’s no evidence you can depend on him to catch a ball.

Superman seems like an obvious choice. He’d be better than Dalvin Cook as a runner. I mean, who’s taking Superman down in the open field? He’s got Flash-like speed, so he can throw the ball deep to himself. You know he’s got the hands.

The reason I’d shy away from Superman is, other teams cheat. (See the 2009 Saints-Vikings NFC Championship Game for details.) Some unscrupulous opposing coach would give his players a chunk of Kryptonite and then Superman becomes as worthless as Bisi Johnson.

He would be a tremendous fullback as a blocker or runner. You put him at quarterback and can just have him run the ball on every play. He has great leaping ability so, let’s say you’ve got third-and-1 from the 50. He can just leap over the line and sail into the end zone.

But he’s not the superhero I’d want for the Vikings.

I’d go with Groot from “Guardians of the Galaxy.” And I’d go with him because of what John Randle said about Inspector Gadget.

Groot can just stand on the defensive line and stretch a long-as-he-needs limb to grab and sack the quarterback. That was a problem for the Vikings this past season. They had nobody who could get to the quarterback. Groot can.

Plus, put him on the offensive or defensive line and you know he’d never go offsides. With all those limbs, he would be a hellacious defensive back, slapping away every pass.

Then again, no quarterback would be able to ever get a pass off with Groot on the D-line. So you wouldn’t even need defensive backs.

And just try running the ball when he’s on defense. He’d reach out with one of those extendable limbs and literally wrap the back up behind the line of scrimmage.

He could play running back, wide receiver or quarterback and never have to move. Just give him the ball and he would stretch out one of those limbs until it crossed into the end zone.

So, there you have it. Inspired by John Randle’s cartoon pick of Inspector Gadget, I’m going with Groot as my superhero Viking.

Bob Sansevere does a daily podcast called “The BS Show,” which also is broadcast on radio stations in Duluth (KDAL), Hibbing (WNMT) and St. Cloud (WBHR).