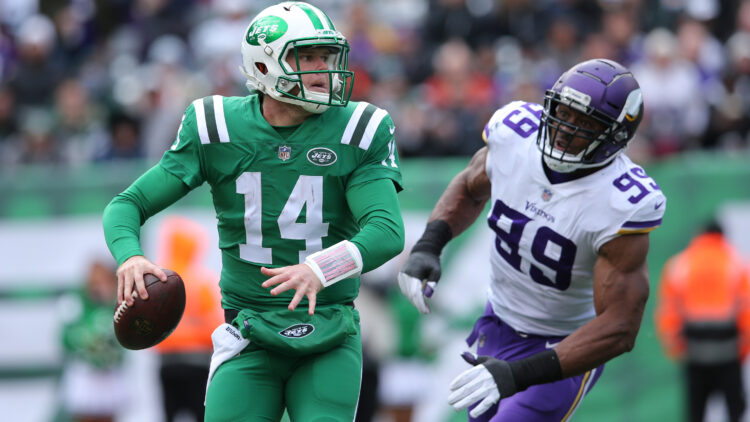 Not necessarily pertaining directly to the Minnesota Vikings — the 2021 NFL offseason has provided bombshell moves every step of the way. First, it was Matthew Stafford to the Los Angeles Rams. Then, the San Francisco 49ers traded a king’s ransom to the Miami Dolphins for nine spots on the draft pecking order.

Today, it was Sam Darnold. The soon-to-be 24 year-old is heading to the Carolina Panthers.

The transaction paves the way for the New York Jets to [almost] officially select BYU quarterback Zack Wilson with the second pick in the 2021 NFL draft — which transpires in three weeks.

For the Vikings, Minnesota will travel to Carolina at a to-be-determined time in 2021. This game could have been a matchup between the Vikings and Teddy Bridgewater, but that scenario is all but doused with Darnold news. Head coach Mike Zimmer’s team barely squeaked by Carolina in 2020. The Vikings suffered two turnovers that were returned for touchdowns — by the same guy (Jeremy Chinn) — and still found a way to topple Bridgewater’s Panthers, 28-27.

But now Darnold will lead the Panthers. His already topsy-turvy career became topsy-turvier on Monday. His time with the Jets is kaput, and he will be granted a fresh start in 2021 — alongside Christian McCaffrey, D.J. Moore, and Robby Anderson.

Darnold has faced the Vikings just once in his young career. Minnesota crushed the Jets on October 21st, 2018, by a score of 37-17.

The Vikings forced four turnovers that afternoon. Darnold was responsible for all of them.