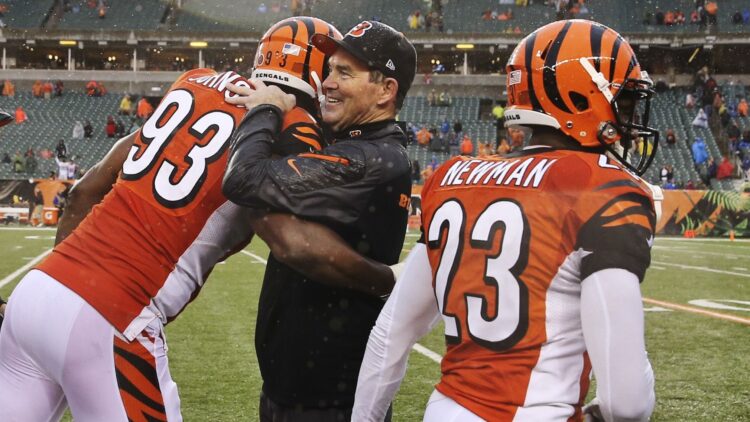 The Minnesota Vikings need a defensive tackle that can rush the passer. They had one in 2018 with Sheldon Richardson, but he left for the Cleveland Browns in 2019. Since then, the Vikings have employed men in Shamar Stephen and Jaleel Johnson that fit the role of “serviceable body” at the 3-technique spot.

With the pizazz of free agency around the corner, the NFL trade rumor mill is plentiful, too. And on Tuesday, Geno Atkins to the Vikings was the lastest hypothesis.

Notably, Atkins would reunite with Vikings head coach Mike Zimmer — the two joined forces for Atkins’ formative years, 2010-2013. The relationship ended [or paused] when Zimmer took the big job with the Vikings in 2014.

Don’t be fooled — the Vikings need a meaner pass rush. Of course, this a 2020-only Vikings malady as quarterback pressure was routine for the previous six years of the Zimmer era. But when the team lost its perennial tyrant EDGE rusher in Danielle Hunter and its splashy 2020 offseason signing – nose tackle Michael Pierce – the fallout was damning. The lack of quarterback pressure was new for Vikings fans, at least amid the Zimmer era.

Atkins would immediately upgrade the defensive line’s pass rush – undoubtedly. This specifically pertains to the 3-technique spot. Since 2014, the Vikings have utilized players like Sharrif Floyd, Tom Johnson, and Shamar Stephen at the defensive tackle position opposite nose tackle. This is called underwhelming. In 2018, Sheldon Richardson joined the squad for one year, and he bolstered the pressure output a bit at 3-technique.

Theoretically, Atkins should supercede the pass-protecting acumen of the aforementioned players by a longshot. He is a significant upgrade to Floyd, Johnson, or Stephen. Overall, he would be considered a Richardson-like addition if Minnesota makes the move — and perhaps even better.

Atkins tore his labrum in 2020, and the season became a forgettable one for the soon-to-be 33-year-old. The pandemic season marked the first time in the last eight seasons that Atkins missed a single game. Ergo, outside of 2020, Atkins is an iron man.

When healthy, Atkins is also a maniac for performance. From 2013 to 2019, only Aaron Donald has more sacks as a defensive tackle than Atkins. Trading for Atkins – a healthy version – can be perceived as netting a junior Aaron Donald-type. Although, Donald is in a class of his own.

The enticing aspect of Atkins’ skill set is balance. When his labrum is whole, he is equally as effective in rushing the passer as he is stopping the run. Normally, a defensive lineman does one trait or the other in a superior manner. Such is not usually the case for Atkins. He stops the run and frustrates passers.

If one is really in the hype business, a penning of Atkins on a Vikings contract would instantly transform the 2020 defensive maladies. A defensive line of Ifeadi Odenigbo, Shamar Stephen, Jaleel Johnson, and Jalyn Holmes – would flip to Stephen Weatherly/Ifeadi Odenigbo, Michael Pierce, Geno Atkins, and Danielle Hunter. That is a profound upgrade.

Most importantly – if the Vikings can land Atkins – the need for a non-NT defensive tackle is checked off the to-do list. And this is not a makeshift solution; it is a slam dunk.

The price to acquire Atkins is unclear. His stock is at its lowest point of his career because he missed 15 games in 2020. The Vikings have oodles of 3rd and 4th-Round picks inside the 2021 NFL Draft, so perhaps one of those commodities can move the trade needle.

Too, Atkins earns a lot of money as-is. His cap hit is $14.7 million in 2021. Minnesota would be forced to cut/restructure/trade a high-priced existing player — or immediately rework Atkins’ deal. Welcome to Minnesota.

With Atkins (assuming health), the prognosis for performance is clear – a marvelous pass rusher and run stopper with Zimmer familiarity as the kicker.