Rudolph Out, Weatherly In – What’s Next? 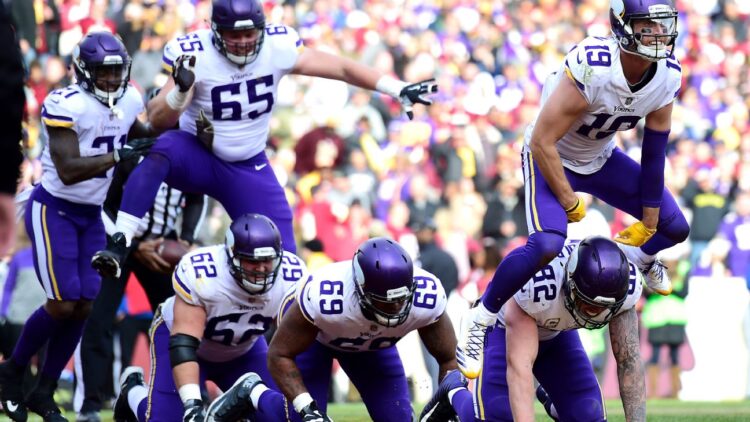 Winds of change are underway for the Minnesota Vikings this offseason. Cue the Scorpions.

“Winds of Change” is the mentionable song for poetic purposes. The German classic rock ballad details the fall of Communism in Eastern Europe during the early 1990s. Interestingly, Kyle Rudolph was born on the day that The Berlin Wall fell in Germany. And now Rudolph and the Vikings parted ways after 10 seasons this week. Winds of change, indeed.

While that move was humongous in the pantheon of Vikings lore, another more subtle transaction was conducted on Thursday. Minnesota signed defensive end Stephen Weatherly from the Carolina Panthers one year after Weatherly departed the Vikings. He is thus heading home, and per his social media musings, the 26-year old is elated.

Rudolph will sign with another NFL franchise – a strange image for Vikings enthusiasts to envision. Weatherly will don purple and gold clothing once again, and like that – the Vikings offseason dominos are tumbling.

The organization has more roster craters to plug, too. The Vikings offensive-guard play during 2020 was emulative of an unfriendly hallucination. At least one not-awful guard is needed in free agency or the draft. The team could also stand to upgrade at the 3-technique defensive tackle spot. And the free safety and cornerback positions might need a little love, too.

The next inevitable move is the release of defensive tackle Shamar Stephen. The 30-year-old dual-citizenship nose-tackle-3-technique defensive lineman is severely unlikely to play out his contract at its current standing. Stephen is slated to earn just over $5 million in 2021, and that will not occur because general manager Rick Spielman must alleviate cap space. The budget is different in 2021 because of the coronavirus effect and, well, the Vikings are always in this position to pinch pennies around March.

Stephen has participated in more games as a member of the Vikings than Daunte Culpepper. He is a mighty fine role-playing defensive talent. But the days of plopping him inside the defensive line and “calling it good” are over (and if they are not – they should be). The pandemic season proved that the Vikings pass rush is paramount to everything Mike Zimmer desires on defense. Stephen is not a renowned pass rusher, but he was a decent nose tackle. Zimmer no longer needs a starting nose tackle as last year’s hot-ticket signing, Michael Pierce, will play football – we think – this September.

The Stephen release could happen any day.

A Decision on Riley Reiff

Riley Reiff is another example of a player that – for better or worse – earns too much money. His cap hit for 2021 is near $15 million. Reiff is a commendable pass-blocker, an asset heavily in need for the Vikings. But he’s not worthy of a herculean price tag that hovers around $15 million. Per Pro Football Focus, Reiff was the 38th-best tackle in all of the land last year. His presence is essential to a suspect offensive line, but not for $15 million. His earnings when compared to likeminded (in terms of performance) tackles leaguewide should be around $7-9 million per season.

The risk of cutting Reiff altogether is immense and counterproductive. According to 2020 PFF numbers, Reiff and teammate Brian O’Neill are the only two Vikings offensive linemen that pass-protected aptly. It is not sensible to remove sound pass-blocking assets when the goal is to bolster pass protection.

Ergo, two options are available for Reiff and the Vikings: 1) Cut ties and use a 1st-Round draft pick on a sure-fire offensive lineman as an immediate replacement – or – 2) Restructure Reiff’s contract again. His deal was reworked late last summer when Minnesota whimsically traded for Yannick Ngakoue.

The Vikings invest tall stacks of cash in two linebackers that do not specialize in rushing the passer – Eric Kendricks and Anthony Barr. For the most part, that is fine and dandy. It’s worth noting that most NFL franchises that splurge on linebackers ensure that those men are EDGE rushers. Kendricks and Barr are not EDGE rushers.

If Barr remains at his $15 million cap hit figure for 2021, then the team will scrape at the other spots that need attention. Barr is a staple to Zimmer’s scheme defensively, and that makes an all-out jettison of his services severely improbable.

Recently, news dribbled out that Barr is not interested in a restructure of his contract. Fair enough. But something’s gotta give. Either he caves and accepts his money down the road or the Vikings sign free agents that are menial.

The Barr decision may be drawn out longer than Stephen or Reiff dealings, but it will need diligence if the team is all in for a championship.