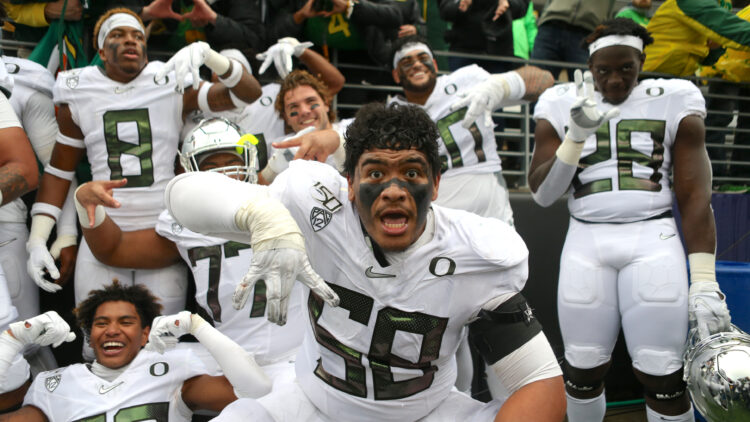 The Minnesota Vikings have two options on the existing roster at left tackle on their pre-draft depth chart.

For now, head coach Mike Zimmer could take a leap of faith in starting Rashod Hill, a mostly reservist player that has played with the Vikings for five seasons. Hill has started 29% of games during his career. If not Hill (and it probably will not be him as the LT1), Minnesota might turn to Ezra Cleveland, a rookie left tackle from the 2020 NFL Draft. When he was drafted at this time last year, the Vikings already employed Riley Reiff on the roster, so Cleveland was pushed over to the right guard spot.

And, Cleveland did quite well there. He posted a commendable 66.2 Pro Football Focus score, which is certainly doable for a rookie playing at an unnatural position. His depth-chart status is truly a mystery this April as Vikings loyalists just do not know how the LT plan will play out. Will they move Cleveland to left tackle and peruse the draft for starting guards? Perhaps general manager Rick Spielman will sign free-agent guard Trai Turner, draft a left tackle, and leave Cleveland at his 2020 RG position? The Rubik’s cube here is out in full force.

Should Spielman decide to [finally] lock down the LT portion of the depth chart with a rookie, well, the release of the aforementioned Reiff could play a poetic, unsung role in the process.

Why? Reiff joined the Cincinnati Bengals via free agency. The Vikings cut Reiff in March as a cap casualty. The Bengals have the 4th overall pick in the draft, and mystery surrounds their draft plans. The theorized debate: Cincinnati will either select Ja’Marr Chase (WR) or Penei Sewell (OT). With Reiff, though, they don’t need a left tackle — because the Vikings cut ties with him and the orange and black boys scooped the Iowa alumnus. Reiff isn’t very old — 32 — and should be able to start for three or more seasons.

Therefore, Sewell is not a pressing requirement for the Bengals, but he is a foundation for the future.

But pump the brakes. The Vikings indeed a left tackle for the future. If the Bengals opt for Ja’Marr Chase’s draft candidacy, the tumble of Sewell could begin. That’s when stuff gets fun. Spielman could cross fingers, pray, and hope Sewell continues to fall down the draft board — or he could package some draft capital to trade up for Sewell.

All of this is in play because Reiff no longer plays for the Vikings. Had Reiff and Spielman reached an agreement for 2021 and beyond, Minnesota would be fairly well set at left tackle. But not anymore.

To be clear, the trade package needed for the Vikings to climb the pecking order for Sewell will not be diminutive. It will involve picks from this year (the Vikings have gobs of 3rd and 4th-Rounders) and probably a 2nd-Rounder from next year. So, this isn’t as seamless as it appears on the surface — but it is achievable.

Consider it a butterfly effect. The Vikings notoriously swing-and-miss on offensive line solutions. Starting Riley Reiff is actually a big deal for a team with that credo. Yet, for the Bengals, Reiff is perceived more like a passable solution (at least in terms of protecting Joe Burrow for 12+ years to come). Because the Vikings chose the figure-it-out-later approach at left tackle when releasing Reiff, Sewell is suddenly in play — if Spielman is interested. It’s a backward perk, derived from the Bengals no longer requiring themselves to choose Sewell.

A draft selection of Sewell would move the 2021 offensive line something in the direction of this:

That fivesome is markedly more exciting than anything the Vikings have tossed on the field in about a decade.