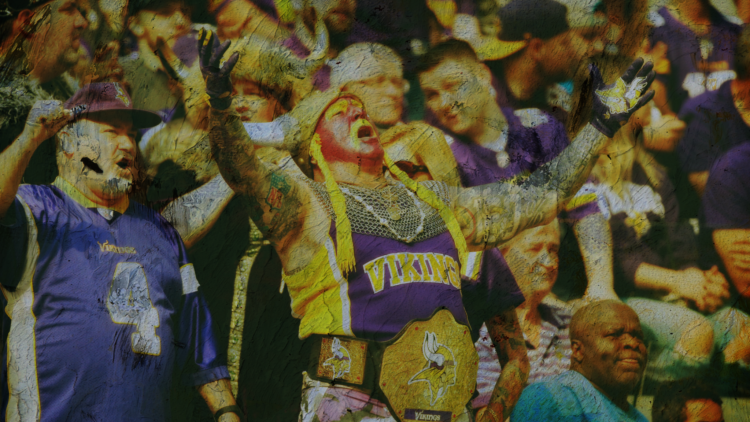 Week 8 is in the books, and it couldn’t have gone much worse for the Minnesota Vikings. Having been set for a big game clash, it turned out to be Cooper Rush leading the Cowboys attack as Dak Prescott sat the game is out.

Instead of a statement game from the Vikings, what we got was an embarrassment — not just the fact it was a loss to a backup quarterback, but the manner of the defeat. It was a dull, inept performance that led most of the Vikings nation to plead for change.

In what is becoming an itinerary of eyebrow-raising post-match comments, former Cowboys safety Xavier Woods said the team just prepared for Dak Prescott — contradicting coach Zimmer’s statements on having lots of film on Cooper Rush.

The Vikings didn’t look prepared for much, other than the customary opening drive down the field to score points. How an offense can look so good on their opening scripted plays and then look so inept the rest of the way is one of the many mysteries of this team. Young offensive coordinator Klint Kubiak has shown no sign of adjusting in-game when things aren’t working.

On the flip side, the Cowboys defense and some soft officiating practically gifted the Vikings the win. Three personal fouls had the Vikings set up with 1st and Goal at the four-yard line. The next four plays summed up what is wrong with this team.

Conservative play-calling saw the Vikings go back eight yards, and the end zone was never threatened. Greg Joseph kicked a field goal, and then Dallas went down the field and won the game. The lack of aggression and conservative nature of this team’s offense has long been a source of contention. With the playmakers at the team’s disposal, there is no excuse for not trusting in them to make the plays to win a game. Mike Zimmer will always play it safe and trust in his defense to win the game. The trouble is, his defense isn’t good enough to rely on anymore.

Calls for the removal of Mike Zimmer as the head coach aren’t a new thing, but they are building to a fever pitch. There are very few people, relatively speaking, who still have faith in coach Zimmer being the man to lead this team forward. The best argument for retaining his services, for now, is it’s a bad idea to bring in a new coach mid-season. This is not a philosophy I share.

Expectations of the immediate firing of Mike Zimmer werre premature. The defeat to Cooper Rush may be the catalyst that started the ball rolling, but no decision is likely to be made while the team is technically in with a chance of making the playoffs. Who knows, maybe we will see a miracle, and it all comes together from here on out. We are only 3-4 after all. It’s just hard to be optimistic after that last performance.

One of the more bizarre things this season has been the snippets coming into the public realm of the relationship between Kirk Cousins and Mike Zimmer. Four years in, one would think the relationship between quarterback and head coach would be well developed. It seems anything but that. The timeout (or lack of one) debacle at the end of the first half was strange enough, and then came the post-match comments.

Another example of a player and coach Zimmer contradicting each other — to be four years in and have confusion on what should happen with timeouts is crazy. It’s such a bad look on both ends. I would say, though, at this point in his career should have the courage and awareness to make the call for a timeout when it’s needed.

There is so much going wrong with this team this season. The most disappointing thing for me is this Vikings roster is full of exciting players, but this team is anything but exciting to watch. Games feel more like a chore than a pleasure to sit through.

This shouldn’t be the case.

The buck stops with the coaching, which hasn’t been good enough.

What lies ahead for this team? More of the same seems likely. Tight games some weeks? Bungling to victory? Other weeks defeat? Keeping it just interesting enough to give false hope and keep Zimmer in a job until the end of the season.

At this point, ownership needs to take a long hard look at where they want this team to go. Another year of this will not suffice.

Also Read: Get Ready for the Vikings to Zig Zag the Nation