Prepare Your Betting Strategy For The Next NFL Season 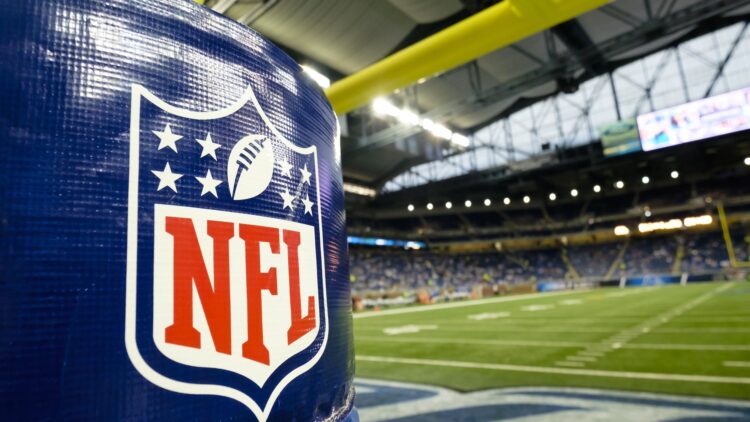 Now that the Minnesota Vikings won’t play another game until next… Fall?!? That can’t be right? That means we have eight full months to fill with theoretical articles and deep dives into the season that CJ Ham had?

I’ve made a grave miscalculation.

Speaking of next season and calculations (and the need for content ideas), I thought that now would be as good a time as any for (re)start our series on the ins and outs of the budding sports betting industry. Ten, or really even five years ago, posting about bookies and sports gambling would get a site like ours removed from every search engine except for the one that Pete Rose owns.

Since the Supreme Court decided that each state should regulate their own sports betting industry, more and more states have legalized the industry. Minnesota has a stalled bill for just that, although the situation locally is different than some other places as we have a unique agreement with different Native American tribes.

That having been said, our neighbor to the South in Iowa recently legalized sports betting and many from Minnesota (and former Minnesota Vikings) have explored and publicized things. With COVID and the expected budget shortfalls for the state budget, things may be fast-tracked in Minnesota.

So, we thought it was a good idea to start over in terms of our ‘How To: Sports Betting’ series so you can jump in the post-season or, the one to come.

When Is The Right Time To Begin Preparing For The New Season?

This is probably the most important part. And the answer is – the sooner you start preparing, the better. It will take you a lot of time to do a detailed analysis of the NFL season that is behind us. Every individual game, player, team, and strategy should be looked at, and if you want to do it properly, it will some time.

Moreover, the betting odds/stats tend to change as the new season gets closer. So keeping track of the latest news from the world of NFL can also be crucial for your future predictions.

Every bettor knows that you have to learn the basics in order to go over more advanced statistics. Due to the available Internet technology, it’s never been easier to access different kinds of basic statistical analysis immediately after the Super Bowl is over.

With basic analysis, you can have instant insight into the performance of each individual player (and the team over the season), as well as the strengths and weaknesses of every team.

The basic stats people include as they prepare?

Start by looking at yards and points per game, as well as interceptions, sacks, and tackles. This can help you understand the current status of each team, and how well are their offense and defense.

Afterward, you can move to more complex stats like turnover differential and team yards per carry. On our new-ish radio show The VikingsTerritory Breakdown, former Vikings head coach Mike Tice has explained multiple times that his five weekly picks (against the spread) are as accurate as they are due to his breakdown of what he considers to be key stats. The most important? Turnover differential.

The most important part is to make notes. You’ll want to reference these stats often and the last thing you want is to open your web browser. After months of COVID related stay-at-home orders?

I wouldn’t suggest that to anyone.

After you’ve covered the basics, you are ready for a more detailed analysis that will lead you to a better betting NFL season.

However, if there is still quite a bit of time left until the new season begins, it’s best to keep your notes of the basic stats somewhere safe and wait for some news of the upcoming season. We here at PurpleTERRITORY Media suggest in the empty trophy case you’re saving for your replica Vikings Super Bowl trophy. Just make sure to wipe down any residual tears from the last time you rewatched the 1998/2000/2009/2017 NFC Championship(s).

In the meantime, you can follow all the NFL news and gossip (hopefully on our network!) or you can keep yourself educated on the NFL betting tactics at https://luckynevada.com. We’ll be doing a lot more sports betting how to’s and breakdowns, and we always ensure any sports betting partners (for betting data, etc.) are on the up-and-up (and not paying out in PutinCOIN: The Exclusive Crypto-Currency of [The Honorable and Strong/Handsome/Not Short Honorable Comrade Putin]!

Both of these activities can improve your betting skills, so you can still be preparing for the new NFL season and also have some fun at the same time.

When you think that it’s time for a detailed analysis, you should start with some simple questions that will help you understand better each individual team’s efficiency on the field.

For every team, you should determine f they had a preferred style of play, who was their most important player, how consistent were they, do they prefer offense or defense, etc.

Lastly, your future betting strategy won’t depend on these advanced statistics, but it could help you understand how and if statistics can actually be used for understanding each team’s performance.

For example, you can see if a team was more successful if they had more passes per yard than their opponents, or if these stats were irrelevant for the outcome of the game. DVOA is a stat that guy you avoid at work always talks about but despite his every other life choice, he isn’t wrong about that.

Even though the new NFL season might seem far away, especially for Vikings fabs, bettors worldwide can use this period to make the ultimate preparation for their future wagering.

By doing a detailed analysis of the previous season, they will have a better understanding of the game, players, and teams, which can bring them an advantage when the new season begins.

As, once things legalize in Minnesota? We might as well win some money, since we never win anything else.