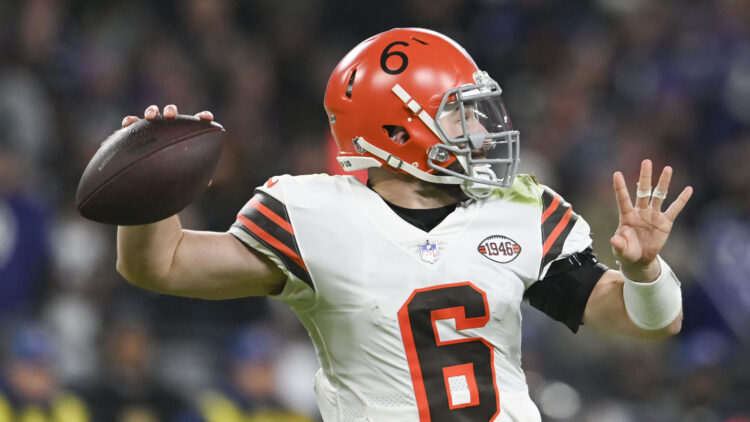 In the hypothetical scenario in which both major decision-makers Mike Zimmer and Rick Spielman are jettisoned from the Minnesota Vikings, new brass would like to make their own choice at the quarterback position. And that would likely lead to a Kirk Cousins trade. Let’s take a look at some potential options:

Bringing in “TyGod” would signal a rebuilding era for the team.

He can be a talented player but is not elevating any team to contending status. As a mobile quarterback, it would be a change of pace from Kirk Cousins, but Taylor is significantly less accurate via throwing the ball.

As a journeyman, he might also have some wisdom to impart on Kellen Mond. However, keeping Justin Jefferson and the other offensive centerpieces happy is paramount, and I don’t think this will cut it. Currently on a one-year deal with the Texans, he would be a free agent this offseason. If you want to rebuild, that’s fine. I think there are better options.

Many Vikings fans have clamored to have Teddy Two Gloves back. And if Kirk has to go, it’s not the worst option on the table. Since leaving the Vikings after the 2017 season, his play has resulted in a mixed bag. He looked good in relief efforts with the Saints, but as the leading man with the Panthers and Broncos, he’s tallied more losses than wins.

However, I believe that to be a product of the circumstances. The current offensive talent on the team and an offensive head coach (Daboll/Bienemy?), plus a good coordinator system around him — could lead to competitiveness. That said, Teddy back in the building would make fans happy, myself included.

Imagine the first game at The Bank with him as the starter. It keeps the team watchable even if there are more losses than wins for a while.

Something is wrong in Cleveland, and I’m not sure if Baker is 100% of the problem. But he doesn’t seem like a part of the solution either.

Having Kirk in that Browns offense has to be enticing for Kevin Stefanski, who could replicate Kirk’s successful 2019 campaign with similar offenses around him. On the other hand, it keeps the Vikings relevant. Defensive retooling would have to be on the agenda, but having Baker with Justin Jefferson, Adam Thielen, and Dalvin Cook could be explosive.

Working out salary ramifications and fair compensation would be key, but if this option was on the table, I wouldn’t hate it.