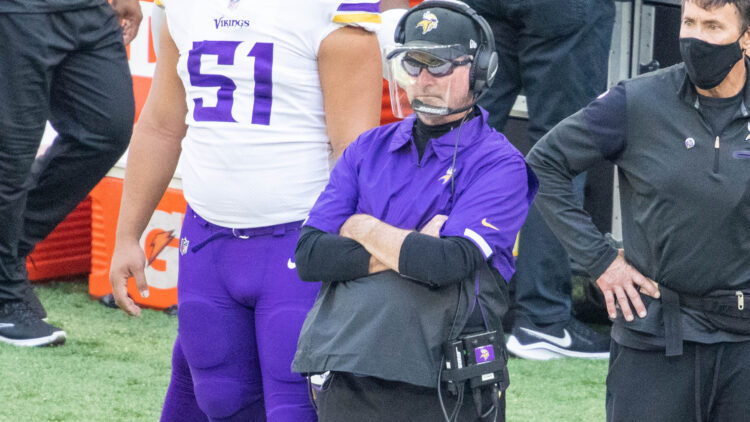 Nothing went right for the Vikings on Saturday versus the Denver Broncos – except for maybe Wyatt Davis’ development – during a 33-6 spanking at U.S. Bank Stadium. Zimmer opted to rest 30 players while leaving 60 men available. Most of the players on the field were of second and third-string caliber. Denver did not mass-rest its roster, so the mismatch was evident early in the first quarter. The Broncos defensive line – good against anybody but especially backup players – sliced through the Vikings offensive trenches. Drew Lock and K.J. Hamler skewered Minnesota’s secondary through the air.  And the Broncos generally outperformed the Vikings on all levels.

The other breath of fresh air? New kicker Greg Joseph didn’t miss any field goals – which is noteworthy for a Vikings team that was beset by untimely misses courtesy of Dan Bailey in 2020. In fact, a game against the eventual Super Bowl champion Tampa Bay Buccaneers was lost by the Vikings last December arguably because of missed kicks.

Therefore, the kicker escaped any scorn as the rest of the men encountered. Joseph hit chip-shot field goals. We’ll take it.

On the other hand, punter Britton Colquitt had a rough outing – a rather strange occurrence for the 11-year veteran. His numbers don’t scream ineptitude – four punts for 162 yards (40.5 yards per punt) – but Zimmer was sure to singularly call out Colquitt’s performance.

Was this a byproduct of a bad punting day or a cause for concern?

Zimmer: "It’s cause for concern."

Here’s the deal. Bad kicking and bad punting truly irk Zimmer. He never holds back when describing their poor deeds, diplomacy be damned. You can even see it on his face when the special teamers irritate him.

Last season, Colquitt ranked 21st in the NFL of 34 qualifying punters for net yards per punt (45.1). He was not overly valuable during the pandemic season, but he is an apt holder of the football for field goals and extra points, securing his job this offseason.

Minnesota signed punter Zach Von Rosenberg to compete with Colquitt for the starting punter job earlier in the year. The Vikings ended up cutting Von Rosenberg to clear space for Sheldon Richardson. Now, that feels a bit premature.

Just like the rest of the Vikings, Colquitt will have his shot at redemption – again, his numbers were not dastardly – versus the Indianapolis Colts this weekend. Perhaps Zimmer lasered in on the memory of Colquitt’s one bad punt against Denver. The game tape could reveal the entirety of the afternoon if Zimmer chooses to take a second look.

But this “cause for concern” lingo is usually Zimmer’s “shots fired” announcement pertaining to kickers and punters. The team traded for Kaare Vedvick three years ago and then waived him soon thereafter when he stunk. Daniel Carlson was jettisoned following one terrible game. Kai Forbath wasn’t re-signed after he drilled two of the most clutch playoff field goals in Vikings history.

Kickers and punters are rarely safe with Zimmer – he simply doesn’t possess the tolerance for prolonged shortcomings.

If Colquitt is ousted this preseason, free agents like Thomas Morstead and Chris Jones are available. Even Von Rosenberg could get a phone call.