On the 4th I wanted to sincerely thank you all 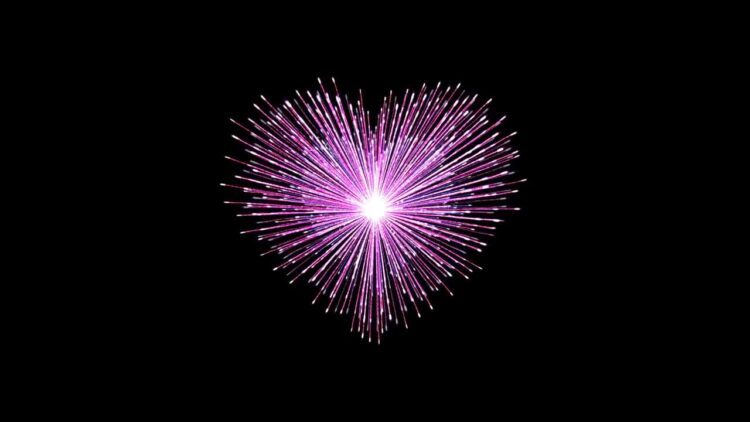 My name is Joe Johnson, and I’m the owner of this site and the entire UFFda! Sports network (purplePTSD.com / FranchiseTagged.com / purpleTERRITORYRadio.com / TheDraftTeam.com / MinnyIce.com, etc.). I started this network back in 2015 as a hobby and glorified Facebook account. I never imagined that that site… I’ll explain it this way. I’d check the traffic each day and see that about 10-15 people read my stuff, or so I thought. I found out that most of those clicks were bots from search engines, and me.

But there were always a few clicks that were unaccounted for, which meant a couple people wanted to hear what I had to say. That meant everything to me. I was going through a quarter life crisis (if I live to be … Carry the 2… 125), was freshly out of intensive inpatient treatment, and had no idea what I wanted to do with my life.

I had experience working at an internet startup, which like every stereotype about corporate sales people ever, ended with me feeling used and discarded which I reacted to with enough alcohol to make a blue whale regret a Facebook status update.

But anything the ways I knew I could make money from the skills I learned there didn’t excite me. You know those fridge magnet collection of random words people have? To write poems, or funny nonsense? That was my job title and business idea.

But that gig helped me grow purplePTSD, and suddenly a couple people wanted to write for the site. The first was ‘Locked on Vikings’ host Luke Braun, who responded to every offer for pay with “use it to grow the site”. Luke was the first person to trust me, and together we started to be taken seriously (by which I mean:… and because of Luke people started to take us seriously).

I will forever be in his debt, and am so proud that he’s become an authority in the industry and that I had a small part in that.

I was then recruited to consult for a couple Vikings sites. One had a writer named Joe Oberle, who still co-hosts the show he and I have done together for over four years.

Joe has been a mentor, an amazing writer, great cohost, but most importantly someone I am so proud to call a friend. There was a point early on in our working relationship where the show we were doing had all sorts of technical issues.

That was my fault. Per usual.

Unbeknownst to me Joe had a decision, to go one way or to stick with me. He decided to as he said at the time, hitch his wagon to me to see where it goes.

That meant everything to me.

I then purchased VikingsTerritory.com in 2017, and slowly adding the amazing team of guys like Dustin Baker, Kirby O’Connor, Josh Frey, Wes Johnson, that we have now.

That helped us get the attention of industry heavyweights like Brian Murphy, Bryan Miller, AJ Mansour, Nick Olson, Wobby, and especially Bob Sansevere.

Say what you will about Sansevere’s choice for Monday morning cohosts on his radio show ‘The BS Show’ (me), I can honestly say that I have never worked with someone as genuinely kind and … Dare I say, altruistic? Than Bob.

He’s done so much for us and for me, and he has not only never asked for anything in return, he also has turned down my attempts to pay back some of what he’s done for us.

Those names caught the attention of our publishing partner, The Publisher Desk. They started working with us on our advertising, our expansion, our… everything. I can’t recommend them enough, as they got us to where we are today and to the point of this article.

As I mentioned above I purchased this site in 2017. It happened to be right before training camp ended, the last camp in Mankato. I headed down there and was essentially told the same refrain I heard everywhere I went where traditional media or national site entities were.

First was I paid too much, which was concerning because I most definitely didn’t. Second? That I’d never make any money with a website that focuses on one team.

Now, I also mentioned above that I was hired as a consultant for a couple Vikings sites and that’s because I am relatively adept at making money on the internet. So, I spent the last couple years ensuring that the sites had multiple revenue streams.

Then at the start of the year? Everything came together and we started making real foldin’ money. My plan before January? Was to buy a houseboat, dock it in St. Paul (which went against ever fiber of my being as someone who grew up playing hockey in Minneapolis and getting 26 minutes in issues in my final high school game against a St. Paul team), and pay $350 a month for “rent”.

That’d allow me to do this for a living, pay my guys more, and hopefully expand and come through on the next phase of my business (which is coming SOON).

I’ve had writers say they can’t believe their compensation. When I recruit established writers? They all say the same thing. I’m interested but no offense sounds too good to be true.

Too good to be true.

That brings me to the point of this article.

Some of you may have noticed I haven’t written much lately, that’s mostly because I an working behind the scenes on that next phase. But, I also recently went through some relatively traumatic stuff in my personal life that really ripped my heart out as I was gut punched. I won’t go into details, but let’s just say I’m not getting married anymore and that if you can imagine the top 5 worst ways for that to end? I went/am going through 10.

The allure of giving up was everywhere. I can handle most anything, but this sort of thing is my Achilles. I tend to blame myself for everything, and almost gave into believing I was the negative things I’d been told.

But what kept me going? The sites. The team I work with, but especially those of you who have read, followed, subscribed, shared, and commented on our stuff.

I always planned on writing a big thank you right before we announced our next phase. But instead, I am saying thank you but I also want you to know that each of you not only help our dream of covering our favorite team for a living come true, but for me? You simultaneously made my dream come true while saving me from the nightmare of the last few weeks.

I know I’m not many people’s favorite writer. That most don’t agree with my takes, or the style I write in. Gonzo journalism meets a minor head injury. But I appreciate every click, and comment (even the negative ones). Because we’re all here because we love the Vikings, and because of you I am able to literally do what I love every single day.

Thank you, and stay tuned. I have worked for four years on our next phase, as a gift to our supporters. I really think you’ll love it, and I can’t wait to keep seeing where this takes us.