Will the Vikings trade Cousins? Never-Cousin-ers should put their money where their masks aren’t 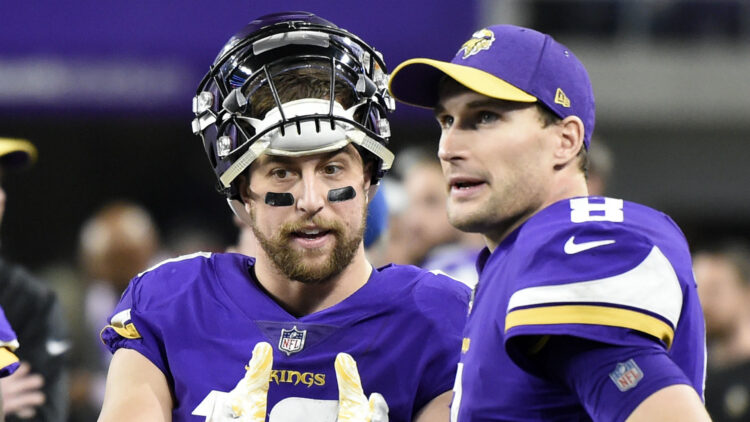 Since people like me started begging the powers that be at Minnesota Vikings HQ to sign quarterback Kirk Cousins, there’s been a shrinking group of “fans” that have explained away his nigh-elite play at every turn. Whenever Cousins has done something they predicted he’d never do they simply would move the goal post as to what would be enough for them to give Cousins credit.

Case in point, despite the fact that the Vikings had patchwork defense and atrocious special teams units in 2020 and a nearly unstoppable (passing) offense, people are bending over backward to find trade scenarios in which a franchise who hasn’t drafted/developed a franchise QB since the late ‘70’s would give up their 32-year-old, 4,200 yard, 35 touchdown and 13 INT QB. He also topped 105 as a passer rating for the second straight year, and is a top three passer in league history in regards to his completion percentage.

But yeah, the Vikings are going to trade him for a second-fourth-sixth round offer.

With the legalization of sports betting in many states, you can actually put your money where your mouth is (instead of telling me I’m fat in the comment section as if that fat clogs my frontal lobe) on this subject.

As our friends at DailyNorseman pointed out a day or two ago, I’m fat. Wait, no, I meant that they pointed out that you can now place a prop bet on whether or not the Vikings will trade away Cousins and implode the only positive they could build around in 2021 and beyond.

If you live in one of the increasing amounts of states that allow sports betting on the NFL you can put your money where your cpap machine goes and bet that the Vikings will trade Captain Kirk before the 2021 season. The odds for Cousins being traded are as follows:

Will Kirk Cousins get traded?

That means that if you believe Cousins will be rocking a Patriots jersey in 2021 you could potentially quintuple your money!

One could argue that I could also put my money where my mouth is, in between bites of high caloric food, but the rate of return there makes that bet incredibly unwise as if I put up $90 I’d make $10? I mean, I need that $90 for Door Dash and legal fees from that incident at that buffet.

So, let’s see those bets!

I also understand that believing the Vikings SHOULD trade Cousins is different than thinking the team WILL trade him. But, if Cousins really is only worth a second round pick as the top pick (and Matthew Stafford is worth two firsts despite never winning much despite flashy stats in Detroit (that sentence sound familiar?

) and is set to make $45 million guaranteed in 2022… Wouldn’t that make his contract untenable to the point that the Vikings would take any return simply to get out from underneath his albatross of a deal?

One that was extended before a 2020 season in which Cousins mirrored Russell Wilson’s “career year”? I guess that question alone tells you where my money is going.