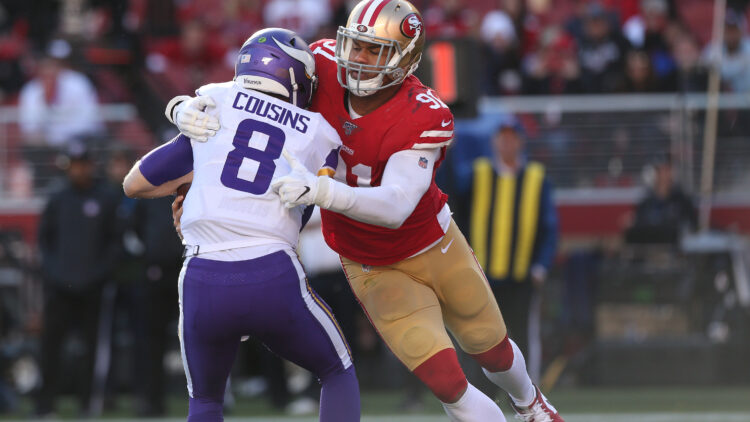 Before the NFL preseason took place and prior to the announcement of Irv Smith Jr.’s season-long injury, most Minnesota Vikings fans were high on the organization for 2021 aspirations after an eventful offseason.

New coaches were welcomed as Klint Kubiak took over the offense, Keenan McCardell the wide receivers, Ryan Ficken the special teams, and Phil Rausher the offensive line. Under one umbrella, that’s a lot of new blood to lead the coaching staff.

Free agents galore — particularly on defense — was also a source of enthusiasm. Even with a budget strapped by coronavirus fallout, the Vikings maintained a steady stream of cash throughout the offseason. These players were added to the team via free agency:

The New England Patriots and Houston Texans received all the press for the bonanza of free-agent moves, but that was merely because their respective transactions occurred right as free agency opened. Minnesota steadily added new faces from March to August.

Still, the nationwide excitement on the Vikings 2021 outlook is muted. National power rankings plop Minnesota in the middle of the pack, sometimes even situating the Vikings near 20th-best in the NFL recongition.

And that sentiment isn’t limited to pundits. The Athletic anonymously polled NFL executives for an article by Mike Sando this week. In that piece, the Vikings placed — you guessed it — smack dab in the middle of the NFC, garnering an eighth-in-the-NFC ranking. Per Sando, one executive opined:

“I don’t know what direction they are heading in, whether it’s up or down. Once they paid the quarterback, the complexion of that team changes dramatically and they have stretched themselves and retained a lot of veteran players defensively, but do they have the horses to play the way they want to defensively?”

The Athletic doesn’t mention it, but the Vikings ho-hum forecast could be derived from strength of schedule. Based on 2020 wins and losses, Minnesota owns the NFL’s fifth-toughest schedule this season.

The top 5 HARDEST schedules in the NFL this season. 👀#Kickoff2021 pic.twitter.com/6T4vfRDOtb

Thankfully for the Vikings sake, the Chicago Bears and Green Bay Packers, two primary foes, are right there with Minnesota for schedule difficulty.

If indeed the executives are correct and the Vikings are in the midsection of NFC supremacy, Minnesota must find a way to climb the pecking order by a spot or two. Seven teams per conference now reach the postseason, and head coach Mike Zimmer desperately needs a playoff win and then some to secure employment beyond 2021. Along with skippers like Kliff Kingsbury and Vic Fangio, Zimmer is already mentioned in “hot seat” discussions. This campaign is Zimmer’s eighth, and the Vikings have won two playoff games in seven seasons.

That number must climb to three (and maybe four-plus) in 2021. This “eighth-best team in the conference” stuff won’t cut it for a team that renews Super Bowl hopes every season.

The time to win is now. Otherwise, expect top-down change.