No Respect: Kirk Cousins is the NFL Rodney Dangerfield 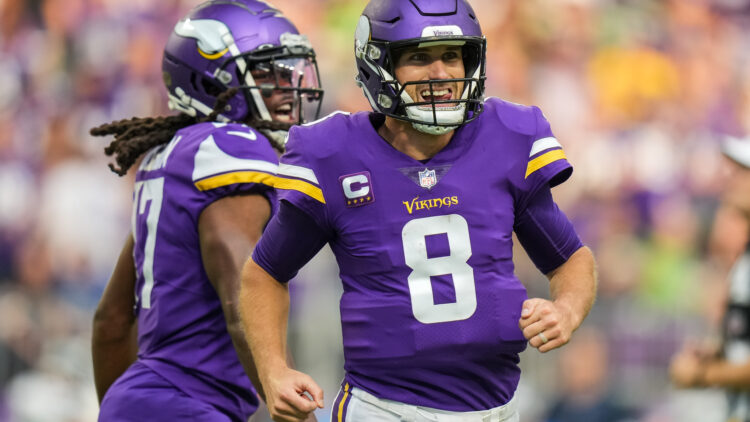 Kirk Cousins is on an absolute tear right now. In fact, he has been on this tear for the entire length of a 17-game football season. Cousins currently ranks second all-time in consecutive games with a quarterback rating above 90+ (17 games), ranking only behind Peyton Manning (23 games).

So far this season Cousins has accumulated the following stat line: 918 pass yards, 8 touchdowns, and zero interceptions. That has been good enough for a passer rating of 118.3 through the three games. Cousins also carries a completion percentage of 73.9 on the season and has yet to lose a fumble (something that has troubled him in the past).

By comparison, let’s see how Cousins stacks up against his peers. He is currently 7th in pass yards and 4th in touchdowns. He currently ranks 5th in passer rating, 4th if you remove Trey Lance and his 1 passing attempt. Similarly, if we remove the five passers with one attempt from the completion percentage list Cousins ranks 4th. All of this is very good, so he has to be one of the front runners for MVP right?

Not so fast! This is Cousins we are talking about. That dude sucks and is the king of garbage time. He can’t win the big one and is horrendous in primetime games. No chance that guy is an MVP candidate, let alone one of the top quarterbacks in the league. He has been overpaid since being drafted.

This is the usual narrative on Cousins.

Not this year though, most Vikings fans have had enough and are starting to bang the proverbial drum or blow forcefully into the Gjallarhorn. It is time for people to start taking notice. Maybe it’s because the Vikings started the season 0-2 with a loss margin of 4 points that the national media isn’t taking Cousins or this team seriously. For what it is worth, neither does Vegas… yet.

Vegas currently has Cousins MVP odds at +8000. That currently ranks him 16th in the odds and ties him with Sam Darnold. Sam F***ing Darnold. He also ranks just behind Teddy Bridgewater (+6600), Ryan Tannehill (+5000), and Baker Mayfield (+5000). All of these guys are experiencing individual and team success this year, no doubt about that. But none carry the raw numbers Kirk has.

If we are factoring the wins and losses of team success into the equation, both Russell Wilson (1-2, +2000) and Patrick Mahomes (1-2, +800) don’t appear to be negatively impacted by it. Even Lamar Jackson (2-1, +2200) ranks higher on the list after generally struggling to start the season. For what it’s worth, the Vegas odds are based on their supercomputer projections and take into account a player’s past success. Also, team success most certainly factors into the minds of those 50 sportswriters who are eligible to cast votes.

To garner the national respect that most Vikings fans believe Cousins deserves, he will need to continue to play at this torrid pace. Accumulating not only the individual stats but also the team success. He will need signature wins, most likely in primetime (Hello Halloween night). All of that starts this Sunday as the Vikings face off against the Cleveland Browns and Cousins former offensive coordinator and current Browns head coach Kevin Stefanski. A win there and maybe, just maybe this guy will start getting some damn respect.