National Opinion of Vikings Remains Steady after Loss to CLE 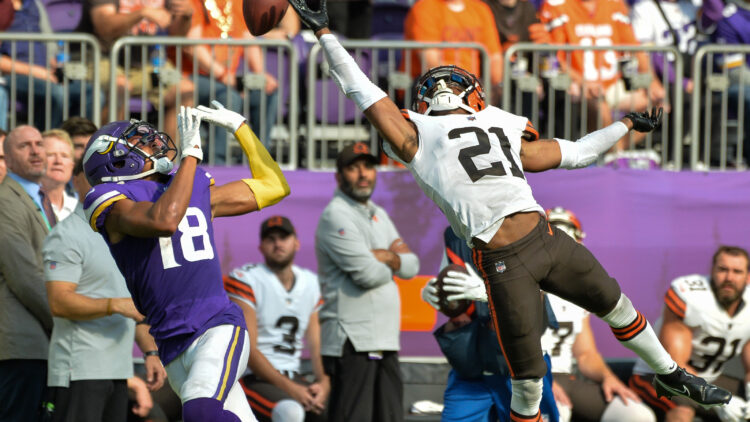 The Minnesota Vikings are not in an enviable spot through three weeks of 2021, sitting at 1-3 and third place in the NFC North. The Green Bay Packers and Chicago Bears currently top the Vikings per wins and losses.

But that national conviction of the team did not fundamentally change. Last week, after finally downing the Seattle Seahawks, Minnesota crept up to 16th in the NFL, according to NFL.com power rankings – smack dab in the middle of things. At that time, the placement was fair. The Vikings were a 1-2 team, fresh off the steam of upending the mighty Russell Wilson.

In Week 4, the Cleveland Browns strangled the Vikings offense, holding Mike Zimmer’s team to a meager seven points and a total shutout after the first possession of the game. For Dan Hanzus of NFL.com, that didn’t matter, though. Minnesota checked in at 17th in the NFL’s pecking order, tumbling just one seed due to the Browns debacle. Hanzus opined:

“It was so easy for Kirk Cousins and Co. in the first three weeks. On Sunday, that trend seemed destined to continue when the Vikings marched straight down the field for a touchdown in their opening drive against the Browns. Then the script flipped. Minnesota had 11 possessions from that point onward and never scored again in a disappointing 14-7 loss at U.S. Bank Stadium. Cousins was knocked out of his groove by a consistent Cleveland pass rush, and Dalvin Cook spent more time on the sidelines with that ominous ankle issue. The Vikings still feel like they have the DNA of a playoff team, but a 1-3 start puts them in a difficult position. They won’t find the postseason if they can’t find consistency.”

So, here’s what happened. Vikings fans – those who obsess and follow the minute-to-minute operations of the team — considered the loss to Cleveland a deadly indictment. The outsiders, those who do not follow absolutely everything, looked at the box score and said, “Oh, they lost to the Browns, who are a playoff team. Defensive struggle. Understood.”

Somewhere in the middle is probably the reasonable mindset to have on the Vikings going forward. Once and for all, Zimmer must string together competent performances in which both the offense and defense show up on the same day. Minnesota’s defense against Cleveland was not excellent – mainly because Baker Mayfield was terrible on his own – but it was improved from Weeks 1 through 3. However, on the day when the defense forced several punts, the offense laid an egg. Mini-twilight zone stuff for fans.

Existing in the middle of the pack for NFL.com’s power rankings are the Denver Broncos (#16) and Tennessee Titans (#18). If you’re trying to determine how good are these Vikings, in the neighborhood of the Broncos and Titans is a fair estimation, at least per the national judgment.

To escape the 1-3 hole, the Vikings take on those very Lions in Week 5 at U.S. Bank Stadium. Minnesota is favored by about eight points per sportsbooks.