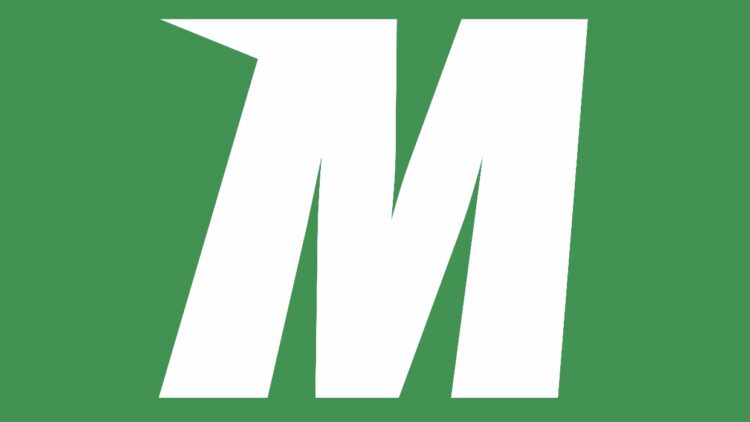 Note: This article is a preview of our new Minnesota Hockey/Wild site, MinnyIce.com. Check out that, and all the UFFda! Sports sites each morning for all of your Minnesota sports news, shows, and discussion!

We have lost or have had postponed many events that have become part of what makes getting through a Minnesota winter just a little bit easier, one of them being the annual U.S. Pond Hockey Championships.

Held annually on Lake Nokomis, the tournament has play in seven divisions and draws hundreds of teams and players from all over the country, many with college and even professional hockey experience.

Tournament play first started in 2006 with the crusade to win a coveted “Golden Shovel” reaching the lofty status of having ESPN recognize the U.S Pond Hockey Championships in their list of “101 Things Sports Fans Must Experience Before They Die.”

There will be no such tournament this year, but in recognition I would like to share a story concerning the event that I stumbled on while researching yet another hockey story a few years ago. So, just know that the story you are about to read is not the one I set out to write.

Great story, right? But it gets even better. With her dad, who taught her the game now a volunteer assistant coach, this married mother of two, leads perennial doormat Hamline University to the MIAC Tournament title, a third-place finish at the national tournament, and is named the Division III women’s coach of the year, in just her third year on the job.

You’ve got to admit, that’s a great freaking story, right?

I thought so. But, when I was interviewing Natalie for that story, I casually mentioned that I had seen her former U of M and USA teammate, and fellow USA Hockey Hall of Fame inductee Krissy Wendell-Pohl on TV during the state high school hockey tournament, mentioning that years ago someone associated with the U of M told me that when they played together for the Gophers, the team locker room was split, with Natalie on one side and Krissy on the other.

Let’s just say that I didn’t touch a nerve, I ruptured an aorta.

“Somebody said that?” asked Darwitz. “That’s the kind of stuff people always wanted to believe, but nothing could have been further from the truth.”

I attempted to go back to the subject at-hand, but Darwitz wasn’t having it.

“I started playing with her when I was 15 and all the way to when it ended, and I couldn’t have imagined it without Krissy. If people think we didn’t get along they couldn’t be more wrong.”

“We were so young”, said Wendell. “We were the new faces after the ’98 Olympics. We made Team USA for the 4-Nations International Tournament in Finland (1999, Darwitz was 15, Wendell 17) and we met at the airport. The Darwitz family traveled more than my family was able to, and they just took me under their wing. And you know how it is when you just connect with somebody?

That’s how it was with Natalie”
Already periodic teammates for Team USA, the two finally played together on a full-time basis at the University of Minnesota, where both achieved All-American status, and where in 2005 Wendell edged Darwitz to become the first player from Minnesota, and the first from the WCHA to win the Patty Kazmaier Award, given annually to the nation’s outstanding women’s college hockey player.

“It didn’t bother me, I was happy for her”, said Darwitz, “I think we both know that we were able to accomplish the things we did because we had each other. But, I think the thing that I’m so proud of is that we won back-to-back National Championships, and we couldn’t have done that without each other.”

“We were roommates on the road by choice”, said Wendell. And while we always got along, in many ways we couldn’t have been more different. On game days Natalie had her routine, and that included taking a pre-game nap. I wasn’t much of a napper, my thing was shopping. I wouldn’t really buy anything, but I couldn’t just sit in the room, so I just walked around and window-shopped, mostly.”

This is where one could insert a sexist joke about women and shopping, because it turns out that it was actually a shopping trip that led arguably the two greatest female hockey players this state has ever produced, to reunite on the ice. Only this time the shopper was Darwitz.

“I was shopping at Lulu Lemon when somebody recognized me and asked me if they could take a picture with me” said Natalie. “The store manager heard and told me that Lulu Lemon wanted to sponsor a team in the U.S Pond Hockey Championships and that they would provide uniforms and whatever else we needed.

They just wanted to have a team and asked if I would be interested in putting one together, and I told her I would try.” Adds Darwitz, “The first person I called was Krissy, and she said, ”Yeah, let’s do this.”

Wendell says, it wasn’t quite that simple.
“Probably the only person who could convince me to play is Natalie. I said, I’ll play if you’ll play, because that’s what we always do, every time ‘the U’ asks us to take part in some event.”

Darwitz assembled a team of seven skaters, including not just another former Gopher, but another name you have to throw in the “best ever” conversation when it comes to women’s hockey in Minnesota, Roseville’s Winny Brodt (Brown).

“Winny has done as much as anybody in this state to grow the game”, says Wendell. “Without Winny Brodt there wouldn’t be nearly as many opportunities for girls in hockey, make sure you put that in there”.

Keep in mind that all this is happening just weeks before the event, both Darwitz and Wendell are now married and mothers, and neither has played competitively in about a decade. So, Darwitz put her coaching skills to work.

“I recruited two kids, Sadie Lundquist from Bemidji State, and Kate Mason from UW-River falls for speed”, said Natalie. “Because I knew we were going to need some wheels.” Adds Wendell, “We knew we weren’t going to have the legs.”

Not that they were going to need them. After all, team LuLu Lemon, playing in the women’s division, was just in it for a good time, right? Well, at least that was the thought going in.

Both women agree what started out as an opportunity to get together with friends and have a good time, somehow changed along the way.

Where they differ on is exactly how that happened.

“We ran into two college teams that were treating it like the Stanley Cup”, Said Darwitz. “I think they had video and had scouted us while we were just trying to have a good time. Then, they got a little chippy and that’s when Krissy said, ‘OK, if you want to do this, let’s do this!’ She just can’t turn off the competitive juices.”

“It wasn’t me! ‘Competitive Natalie’ came out and she put a girl over the boards! They definitely made the wrong person mad. I love when I see it, but I would never tell anybody to poke the bear.”

However it happened, when two of the best hockey players this state has ever produced are properly motivated age becomes a non-issue and the outcome was never in doubt, leaving team LuLu Lemon to skate-off with the coveted gold shovel.

“When you get to be our age they say the first thing to go are the hands”, says Natalie. “But, we would just watch Krissy and say, ‘How are you still doing that?’”

Wendell’s response, “That’s ‘cuz I can’t skate like her! Seriously, even now if you gave her six months Natalie would make the next Olympic team.”

One thing both women agree on is that their Olympic days are safely behind them.
Wendell coached girls high school hockey for years with her husband, former Gopher and NHL’er Johnny Pohl, who is now the Athletic Director at Hill-Murray School where Krissy works in admissions.

Darwitz is happy at Hamline, because A.D. Jason Verduga was smart enough to make her position as head coach “family friendly”, making it clear that he’s more interested in results than in how much time the mother of two boys spends at the rink.

“It’s ideal for me and I enjoy that he gives me the freedom to build this program in my own way”, says Darwitz. “It’s been a great gig for me and my family.”

Says Wendell, “I could have predicted this. She’s so driven but she really cares about people. And I’m happy ‘cuz she’s happy, that’s all you want, and I can just tell that she’s really happy.”

So, what about next year? Would these lifelong friends and hockey icons once again lead team LuLu Lemon onto the ice, this time in defense of their golden shovel? That depends on who you ask.

“I think so”, Say Darwitz. “It was just so much fun to be out there, I’d really like to do it again.”

(Note: True to her word, Wendell-Pohl did not play the next year but most of the rest did and I’ll let you figure out what happened.)