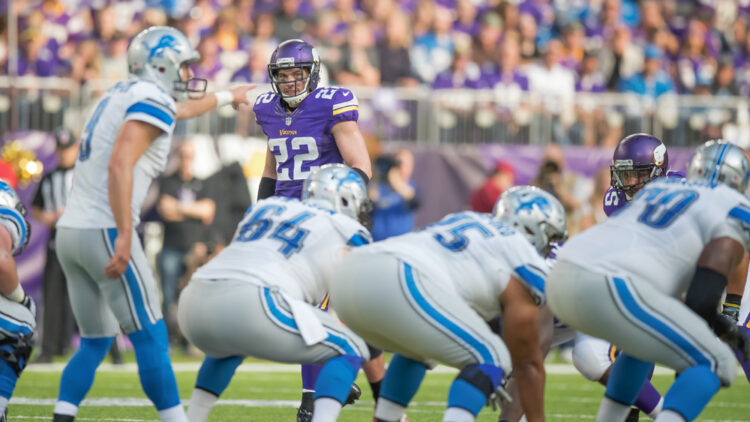 Week 17, the final game before the post-season begins and we as Minnesota Vikings fans circle on the calendar of every season that ends with an even number as the best Sunday to clean out our man-caves. (I was going to add man / women-caves but the latter would get me demonetized and MeToo’d (again)).

That doesn’t mean this weekends game is sans intrigue. For me personally? I predicted the Vikings would go 6-10 (and Zimmer would be on the hot seat). Despite what you read after the Saints game, only one of those things has a realistic chance of happening tomorrow.

That doesn’t mean both SHOULDN’T happen. But there’s no reality in which Zimmer doesn’t get a pass for 2020 considering the injuries to his already depleted defense. Even if this season is yet another even numbered non-playoff disappointment.

The 6-10 thing seems realistic as the Vikings will be without superstar running back Dalvin Cook Sunday against the Detroit Lions, a team that has had Zimmer’s number since 2014 (and at least always gave the Vikings a rough go for each victory).

That wasn’t the case earlier this season when the Vikings dispatched the Lions 34-20, for perhaps their easiest win of the season. Since, though, the Vikings have had close game-after-close game, saving for last week’s historically awful defensive output against the New Orleans Saints.

Without Cook, with little to play for and a defense that hasn’t been able yo stop anyone lately, it’d honestly take a day that could get Justin Jefferson in the history books for the Vikings to win.

Jefferson is 207 yards from breaking the record for receiving yards by a rookie (which has stood since 1960).

The best we can and should wish for, though, is that no one on this Vikings roster gets injured. Despite the disappointment that was 2020, there are a lot of things to be encouraged about on this Vikings team. The last thing they need is for a major cog to end up injured and out for significant time in 2021.

With time. This team will improve just by virtue of Anthony Barr, Eric Kendricks, Danielle Hunter, Michael Pierce (etc) returning. With that, and the improvement late in the season by the young secondary, and the positive strides this offense has made?

It isn’t hard to expect the odd year season Vikings to do what odd year Vikings teams do under Zimmer.

For Sunday, though, it looks like I was right about the Vikings in 2020.