Wobby RETURNS! First topic? He let’s us know what he thinks of the Vikings’ 2021 NFL Draft 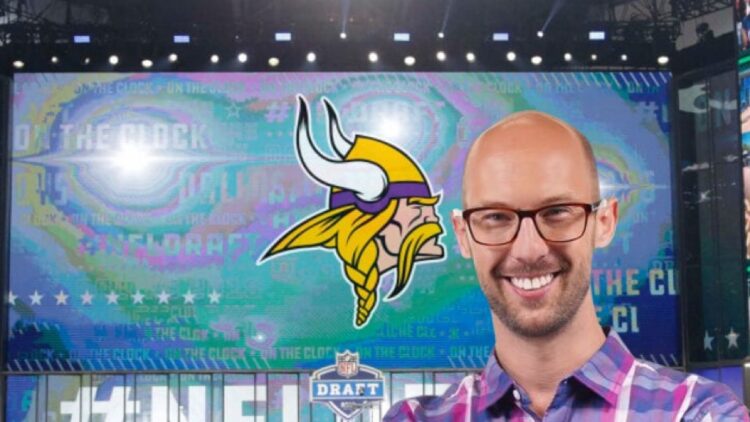 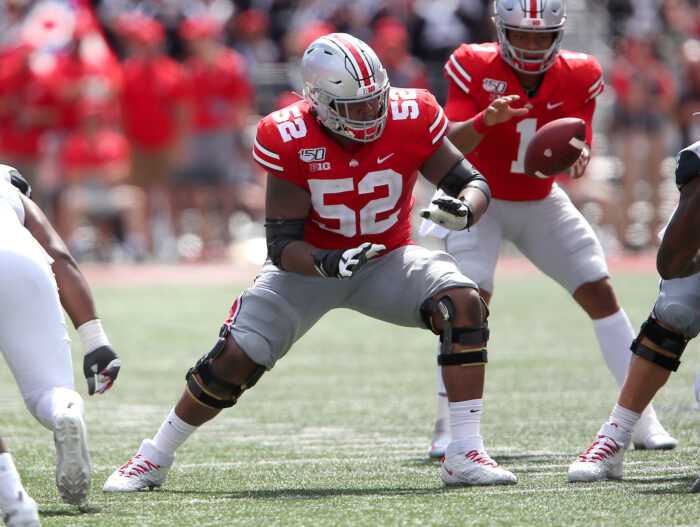 If the offensive line was a concern of yours heading into the 2021 offseason, you have to like what the team did in the draft. And if you care about maximizing value for picks, you have to love what the Vikings did in the 1st round. My hunch is the Vikings selected at No. 23 a player they would’ve been happy selecting at No. 14. By dropping back nine spots, the Vikings picked up extra draft capital AND they still got an offensive tackle they coveted. That’s not to say Christian Darrisaw was the only player they coveted when they were on the clock at No. 14. My guess is they had Darrisaw, DEs Jaelan Phillips and Kwity Paye and then another player on their target list when they were on the clock at No. 14. Their intel was that enough teams right behind them weren’t in the market for those players that they could safely swap with the Jets and give ground on nine selections while still winding up with Darrisaw, Paye, Phillips or another player or two they valued similarly to Darrisaw. A job well done by Spielman and his team. At the end of the day, regardless of my hunch or the pros and cons of moving back, the Vikings wind up with a prospect at the second most important position on the field behind quarterback. If the Vikings are right on this pick, it’s a huge win. Later in the draft, the Vikings grabbed Ohio State OG Wyatt Davis to give themselves another chance to hit on a player up front. With Garrett Bradbury a decent starter and Brian O’Neill an excellent starter, the Vikings may have answers for every question mark up front offense. That’s a big deal. 2. Right Church, Wrong Pew with Kellen Mond 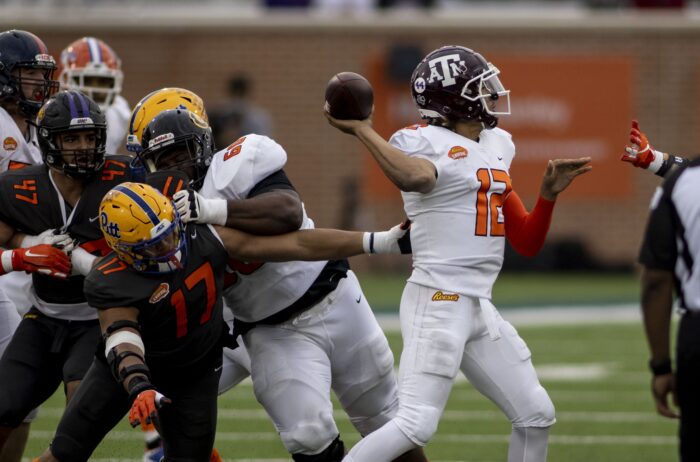 We don’t know how many more years Kirk Cousins will be the Vikings QB. But I’ll bet you multiple QBs in this year’s draft class will still be starting games for their teams once Cousins and the Vikings part ways. Put more simply, there are QBs in this class who represented a better option for the Vikings long term than Cousins. I’m just not sure Kellen Mond is one of them. Admittedly, I didn’t scout Mond as the Vikings did. I didn’t interview him or go to his pro day or talk to his coaches as the Vikings did. Mond doesn’t fit my eye. Trey Lance does. Mac Jones does. Davis Mills does. Mond just doesn’t. More importantly for now, though, the Vikings did a nice job of selecting a QB who has a legitimate chance to start for them and they did so while not alienating their current starter. No one thinks Mond is a threat to Cousins. There is no competition. No controversy. No trade demands. It was a perfectly-timed, perfectly-handled QB selection. 3. The “Shaking My Head” Selection: DE Janarius Robinson 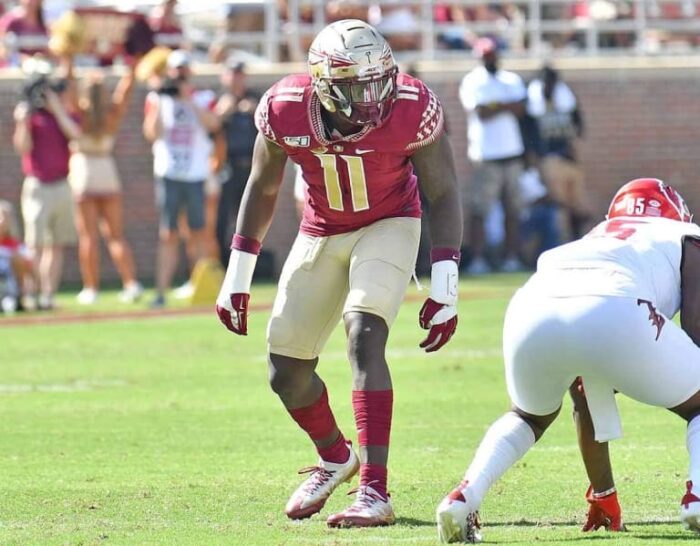 Am I looking at the right film? Did he kick someone’s dog? Does he have bad body odor? What do I not get here? There were really 18 DEs taken before Janarius Robinson? I get that he hasn’t always been a DE. I get that he needs more maturity and technique refinement. But just watching him play and watching how he makes some of the plays he makes – with a combination of athleticism, body control and instincts – I can’t understand how he lasted as long as he did. I’m not going to make any predictions or tell you what player he reminds me of. I’ll just say the page in my notebook where I jotted down notes while watching his film is earmarked. I have a feeling, out of curiosity, I’ll go back to this page to see what exactly I thought of him when he was coming out into the draft. The Vikings 2018 Draft Class: What Could’ve Been? History will not look kindly on the Vikings for their picks in the 2018 NFL Draft. Their 1st-round pick was Mike Hughes, and while he flashed plenty of talent and some promise, injuries derailed him and he was traded away. O’Neill wound up being an excellent selection and history will note that. Jalyn Holmes and Tyler Conklin are still with the team and can help. But the one that swings this discussion the wrong way is probably the second 5th-round pick – K Daniel Carlson. He was cut by the Vikings after a rough start. I’ll admit – I was kind of on the “cut him” bandwagon at the time. But I’ll also admit – he could still be kicking for the Vikings. If Hughes doesn’t suffer that injury and Carlson isn’t cut, this is a draft class to brag about. If ifs and buts were candy and nuts, it’d Christmas all year ‘round, right? This is a draft class that I wouldn’t be too hard on the Vikings about. It certainly isn’t one of Spielman’s better efforts but it’s nowhere near a disaster or even a regrettable one. C-…but oh what could’ve been.