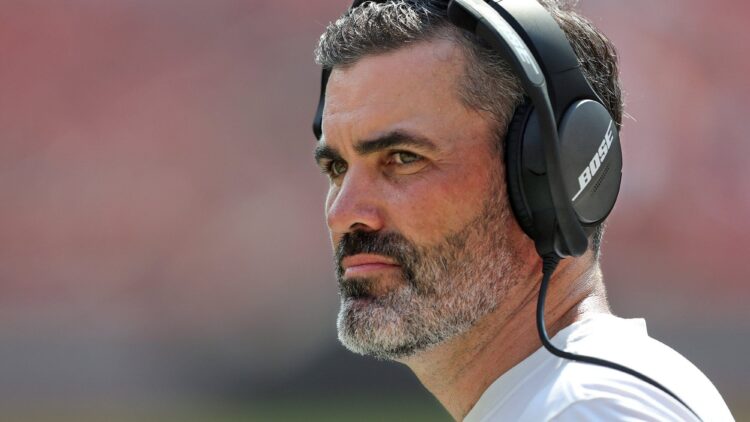 Familiarity Should Yield Creativity on Sunday

The Vikings and Browns play each other just once every four years. The last time they squared off was 2017, and Cleveland rolled out players such as DeShone Kizer, Isaiah Crowell, Ricardo Louis, and Duke Johnson to challenge Mike Zimmer’s defense.

Ordinarily, this is not a matchup for the Vikings that features much familiarity.

But this is no ordinary Vikings-Browns once-every-four-years matchup.

In this one, familiarity reigns supreme. And the familiarity runs so deep that it’s not even about knowledge of players and their skill sets. It’s about knowing how the other thinks about the game and knowing precisely how the other tends to attack certain schemes or will react in certain situations. It starts with the head coaches and runs down the chain of command to include coordinators, positions coaches, and players.

Here’s a quick look at just how much familiarity exists between the Vikings and Browns and, more importantly, what I think we’ll see on Sunday because of it.

As a member of the Vikings organization from 2006-2019, Stefanski fulfilled just about every kind of role that exists on a coaching staff. I remember sitting in communications meetings with him when he was Brad Childress’ assistant. He rapidly rose the ranks and coached tight ends, running backs, and then quarterbacks on Zimmer’s staff before becoming the interim and then full-time offensive coordinator. Imagine the number of conversations Stefanski had with Zimmer over the years and how much Stefanski retained as he tried to mold an offense to the head coach’s liking.

The Browns head coach is a close friend of Kubiak, the Vikings offensive coordinator. These two spent hours and hours each week sitting in offensive meeting rooms watching film, scripting practices, and discussing play call sheets, personnel, and probably life in general. They have learned together under more senior coaches such as Bill Musgrave, Norv Turner, and Pat Shurmur, and they’ve each taken those learnings and leveraged them as they’ve developed their own style and operating procedures. You can throw Browns tight ends coach Drew Petzing into this group, too. Petzing was an offensive assistant on Zimmer’s staff from 2014-19, working closely with Stefanski and Kubiak.

As Vikings Special Teams Coordinator from 2011-18, Mike Priefer has a deep understanding of the Vikings, Zimmer, and much of the personnel in Minnesota. He also was a mentor and leader for the Vikings current special teams coordinator, Ryan Ficken. A member of the organization since 2007, Ficken coached under Priefer as a special teams assistant from 2013-18 and has now risen to lead that group on Zimmer’s staff. Indeed, Ficken has incorporated his own style and strategies with the Vikings special teams groups. Still, you can be just as sure that Priefer’s influence on Ficken was significant and will be something that gives each of them a beat on what the other may try – or not try – to do on Sunday.

Some of these connections between the Vikings and Browns organizations will not be factored in the game’s outcome. O’Shea, Rogers, and Woods, for example, all had important roles when they were with the Vikings, but that time has long since passed. The connections that involve Zimmer, Stefanski/Petzing, Kubiak, Priefer, and Ficken, though, did influence the preparation for this week’s game and will likely impact the outcome.

Ultimately, the presence of this familiarity will inspire creativity because each side will look to depart from styles, tendencies, and trends they know the other side is expecting and can anticipate. Sure, we’ll still see both Stefanski and Kubiak rely on the run game to create play-action opportunities. And we’ll see them both try to get their QBs out on bootlegs. And we’ll see a fair share of zone schemes in the run game. Yes, we’ll see Zimmer mug the A gap, and we’ll see some of those tried and true 3rd down pressures. But we’re also going to see new wrinkles, outside-the-box thinking, and tendency busters.

It will make for a fun game of twists and turns that will likely come down to the final possession.