Let’s pump the brakes on the Mond-hype train, shall we? 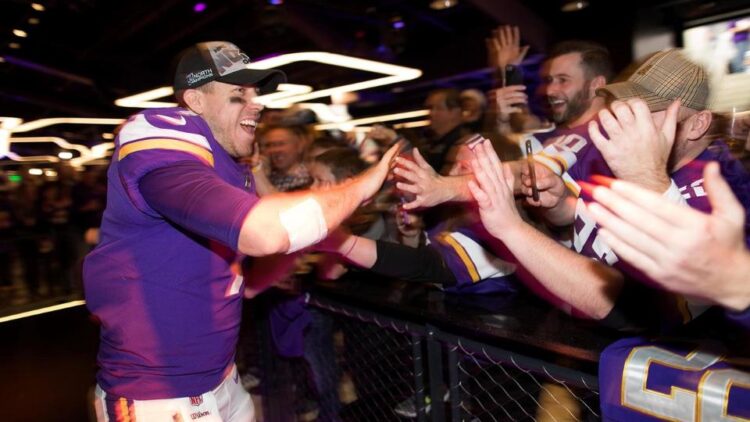 If one thing signifies being a lifelong Minnesota Vikings fan outside of the once-a-decade heartbreak, it’s the franchises inability to draft and develop a franchise quarterback. Call it the curse of Fran Tarkenton. That drought has lead the Vikings to overpay for nearly retired Hall of Famers in the past like Warren Moon, Brett Favre, and … Ugh… Donovan McNabb and also reach for quarterbacks more recently in the draft like Christian Ponder and Teddy Brigewater.

With consolation prize Kirk Cousins making more guaranteed money than all the above quarterbacks combined, the Vikings finally have a great quarterback who is still in his prime. So why are Vikings fans ready to anoint third-round pick Kellen Mond as their starter for the next decade-plus?

The better question, since the answer to the above was explained in the intro, is whether or not Mond could be the heir apparent to Cousins a season before Cousins is due $45-million guaranteed. Even for someone like me, who just described Cousins as a “great quarterback”, that’s an untenable cap number unless Cousins does what all the other Vikings quarterbacks have yet to do. However, the future with Mond might not be as rosy as Vikings fans seem convinced it will be.

Even with the far too late (on-paper) improvements to the offensive line, odds are that Cousins won’t lead the 2021 Vikes to the promised land. But does that mean that Mond is the future? I’m here to dump some gas on the social media posts like this one and say… Not so fast, Vikings fans.

Well. The Tweet I wanted to post was deleted by our friends @CBSsportsHQ. But it basically was more of this:

To sum up my feelings on Mond, let’s take a look at the NFL.com Draft Profile for him. Namely, their synopsis of him. I was going to start with the first sentence, then the apropos quotes kept coming, and coming. I’ll let you guess which I’m referring to:

“Quarterback with dual-threat physical tools who has grown and matured into a role as a confident game manager. The Aggies’ offense asked too much of Mond in the past, which led to diminishing returns. However, the 2020 offense featured a strong rushing attack paired with play-action, where he not only found greater confidence and rhythm as a passer, but also noticeable pocket poise and accuracy. He doesn’t often get antsy working from the pocket and throws with solid ball placement underneath. Issues with touch and anticipation create erratic completion numbers when asked to throw down the field and outside the numbers, which will concern evaluators. His zone-read talent and quick release to incorporate RPOs adds to his draft value, but he might lack the consistency to ever become more than a solid backup.”

Outside of his dual threat ability (which, considering his erratic down the field throws and the diminishing returns when asked to do more, maybe is more single threat?), what part of that assessment sounds like he’s the guy to take over for one of the most accurate passers (down the field and otherwise) in league history?

The Vikings may have used a top draft pick on their back-up in 2021 and beyond, as this offense is ready to be elite now and can’t simply rot on the vine as Mond attempts to do in the pros what he couldn’t do in college. Zimmer likes ho-hum, risk averse offenses and perhaps the thinking is that by bringing in a dual threat “confident game manager” they can cease paying their quarterback… Market rates for his services? That may work, in Zimmer’s mind, but just imagine how Justin Jefferson will feel when he’s wide open and Mond is tucking the ball away to scramble for a few yards.

Or, remember that the peak Zimmer-D Vikings teams clearly needed a great-to-elite quarterback and offense to get over the hump. That’s why they replaced the dual threat, deep ball incapable Case Keenum with Cousins in the first place, unless people in Minny forgot that fact.

The only difference there was that Keenum had a decent line to play behind and now that Cousins finally seems to have one (or the start of one), the team is looking to replace him with Case Keenum 2.0.